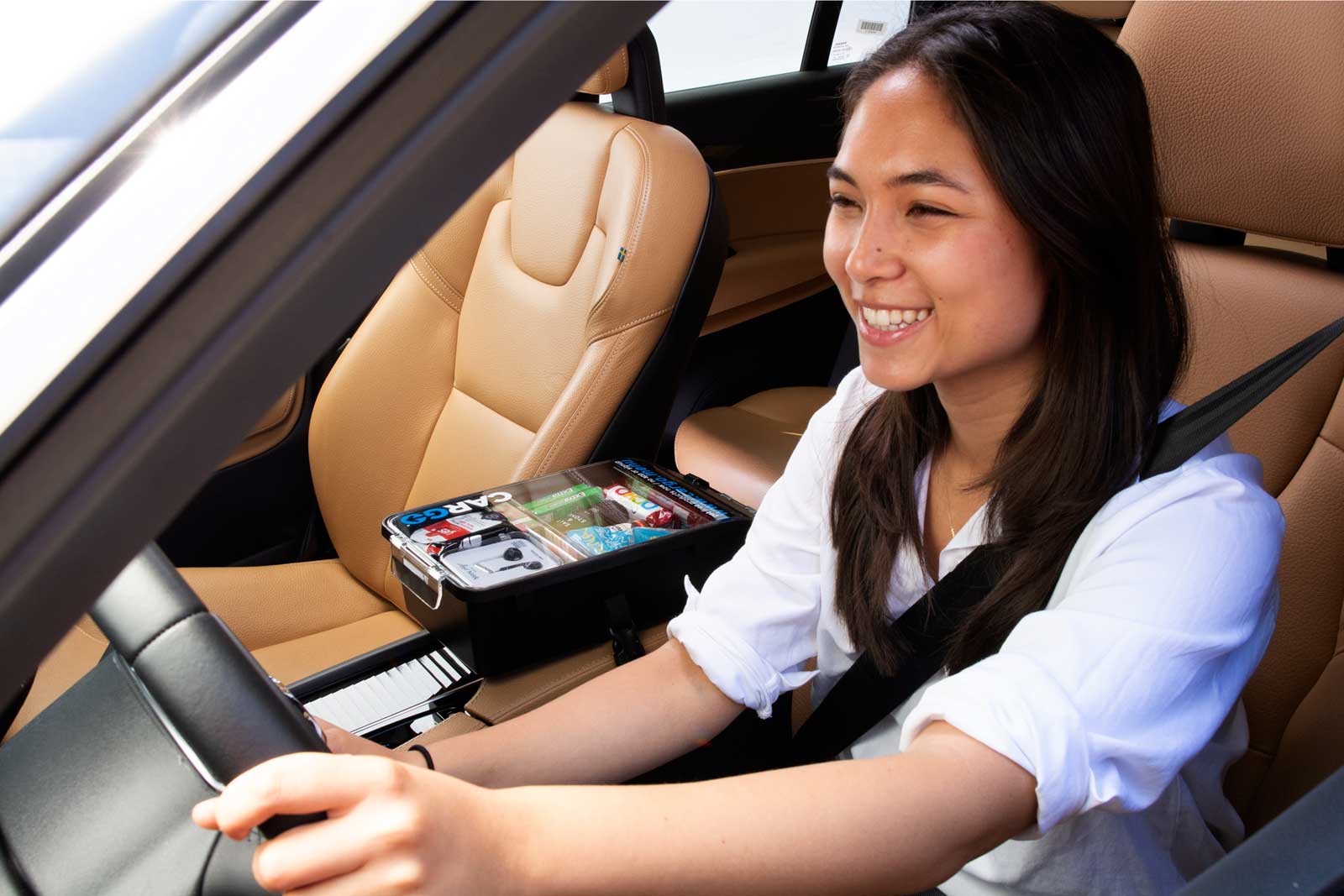 Don't be surprised if you get a sales pitch the next time you step into an Uber car. The ridesharing service has formed a partnership with Cargo to give drivers free boxes full of goods they can sell to passengers through a mobile app, ranging from snacks to phone chargers -- if you didn't get a bite to eat before leaving for the airport, you won't have to wait to get your fix. Drivers in Los Angeles and San Francisco can pick up the boxes today at Uber's support centers (known as Greenlight Hubs), and there are plans to expand to other cities that already have Cargo service (including New York City, Atlanta and Dallas).

There are a couple of requirements before a driver can receive a box, according to Cargo chief Jeff Cripe. They need to have both a minimum 4.7-star rating on Uber and be relatively active on the service. To put it another way, they want trustworthy drivers taking enough passengers to produce a good return on the investment. They don't have to drive for Uber when they're selling from the Cargo box, however.

Uber isn't shy about its motivations: this gives drivers "extra income" in addition to enticing customers. While there are questions as to whether or not Uber pays drivers fairly in the first place, this would give them an extra revenue source that wouldn't force them to drive extra hours. Cargo estimates that drivers can earn between $1,500 to $3,000 in extra income per year. That wouldn't represent a huge change in quality of life, but it might be enough to keep drivers faithful to Uber instead of departing for Lyft or exiting the ridesharing business altogether.

Via: TechCrunch
Source: Uber Newsroom
In this article: cargo, gear, internet, ridesharing, services, shopping, transportation, uber
All products recommended by Engadget are selected by our editorial team, independent of our parent company. Some of our stories include affiliate links. If you buy something through one of these links, we may earn an affiliate commission.