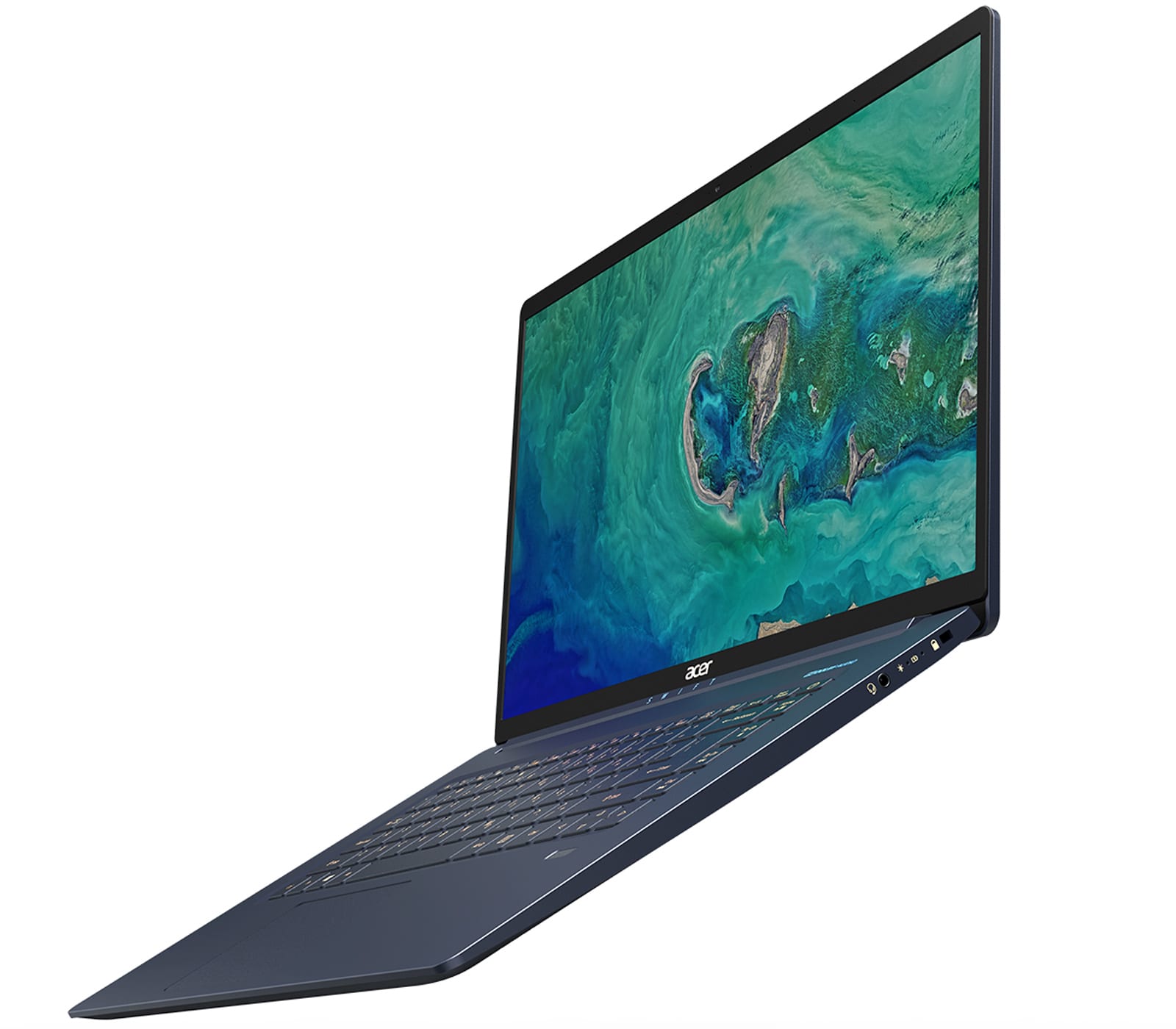 Acer prides itself on making some of the most portable laptops around, and new hardware the company brought to IFA today is no different. Acer already had an extremely lightweight notebook in the existing Swift 5, but a larger screen on the latest model means it now lays claim to the title of the world's lightest 15-inch laptop. Technically the 1080p touchscreen is a little bigger, measuring 15.6-inches in total, but narrow bezels and a body blended from magnesium, lithium and aluminum keeps the weight under 2.2 pounds (990g). The new 15-inch model comes with 8th gen Core i5 or i7 processors, 8 or 16GB of RAM, up to 1TB of solid-state storage and Intel's UHD Graphics 630 GPU. The existing 14-inch model will soon be updated with the latest Intel chips, but the new 15-inch Swift 5 launches in Europe in November starting at €1,099, and in the US in January next year from $1,099.

Acer also teased an updated model of the Swift 7 at its IFA press conference, claiming it was to become both the thinnest and lightest 14-inch laptop on the market. It looked to have a significantly smaller footprint than the last Swift 7 announced at CES (15 percent smaller, by the company's calculations), primarily thanks to a near bezel-less design. Acer also said it would feature Intel's 8th gen Core i7 processor and be less than 1cm (0.4 inches) thick and weigh less than 2.2 pounds (1kg). What we don't know, however, is when it'll be available and more importantly, how much the wafer-like laptop is likely to cost.

Source: Acer
In this article: acer, acerswift5, acerswift7, gear, ifa2018, intel, laptop, personal computing, personalcomputing, swift5, swift7
All products recommended by Engadget are selected by our editorial team, independent of our parent company. Some of our stories include affiliate links. If you buy something through one of these links, we may earn an affiliate commission.