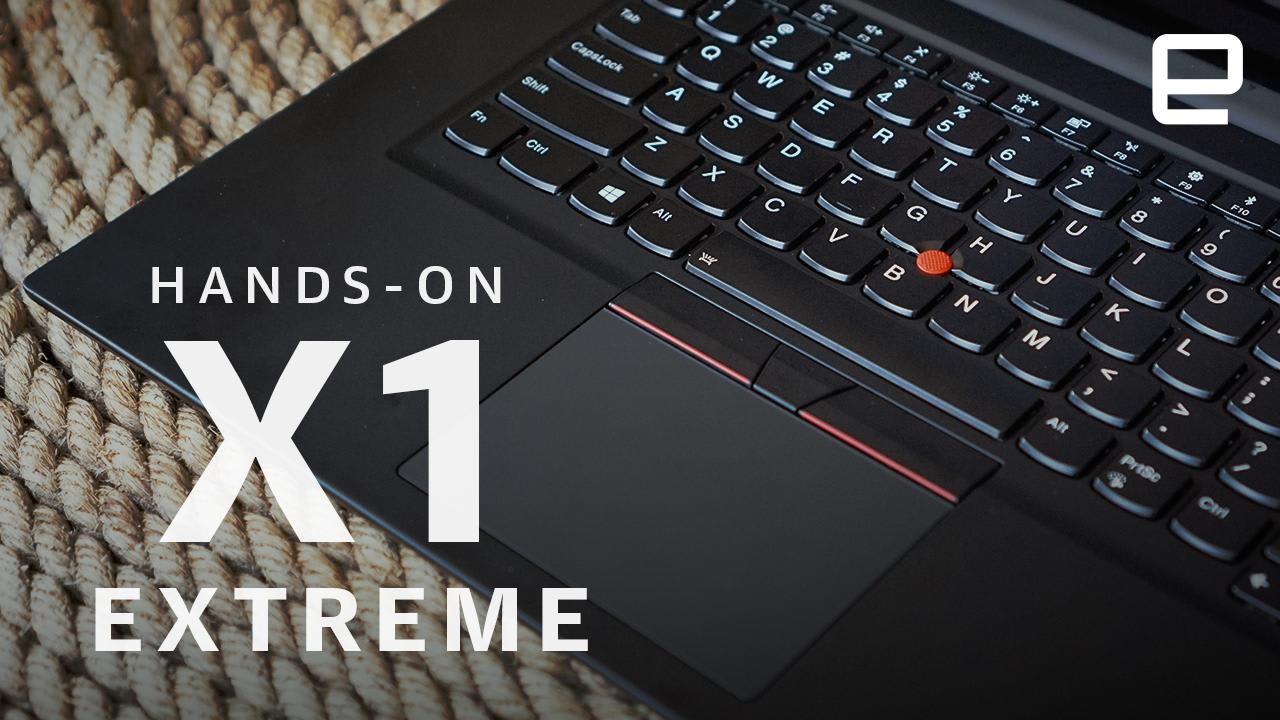 With the ThinkPad X1 Extreme, Lenovo is trying to bridge the gap between its innovate X lineup and its larger and more powerful models. Consider it a glimpse of the ThinkPad's future. The X1 Extreme is the beefiest entry yet in the X series, thanks to dedicated NVIDIA GTX 1050Ti Max-Q graphics, as well as its support for Intel's latest eighth-generation CPUs. And yes, that includes the top-of-the-line Core i9 processor. It's probably a cliché to say this now, but it's the ideal ThinkPad for taking on Apple's recent MacBook Pros. The ThinkPad X1 Extreme features a 15.6-inch display, which is a step up from the Carbon X1's 14-inch screen. It's configurable with either a 1080p or 4K touchscreen panel, both of which have Dolby Vision support. Lenovo claims it also supports 100 percent of the Adobe RGB color gamut, which makes it a compelling option for artists. And speaking of Dolby, there's also Atmos audio support for headphones. 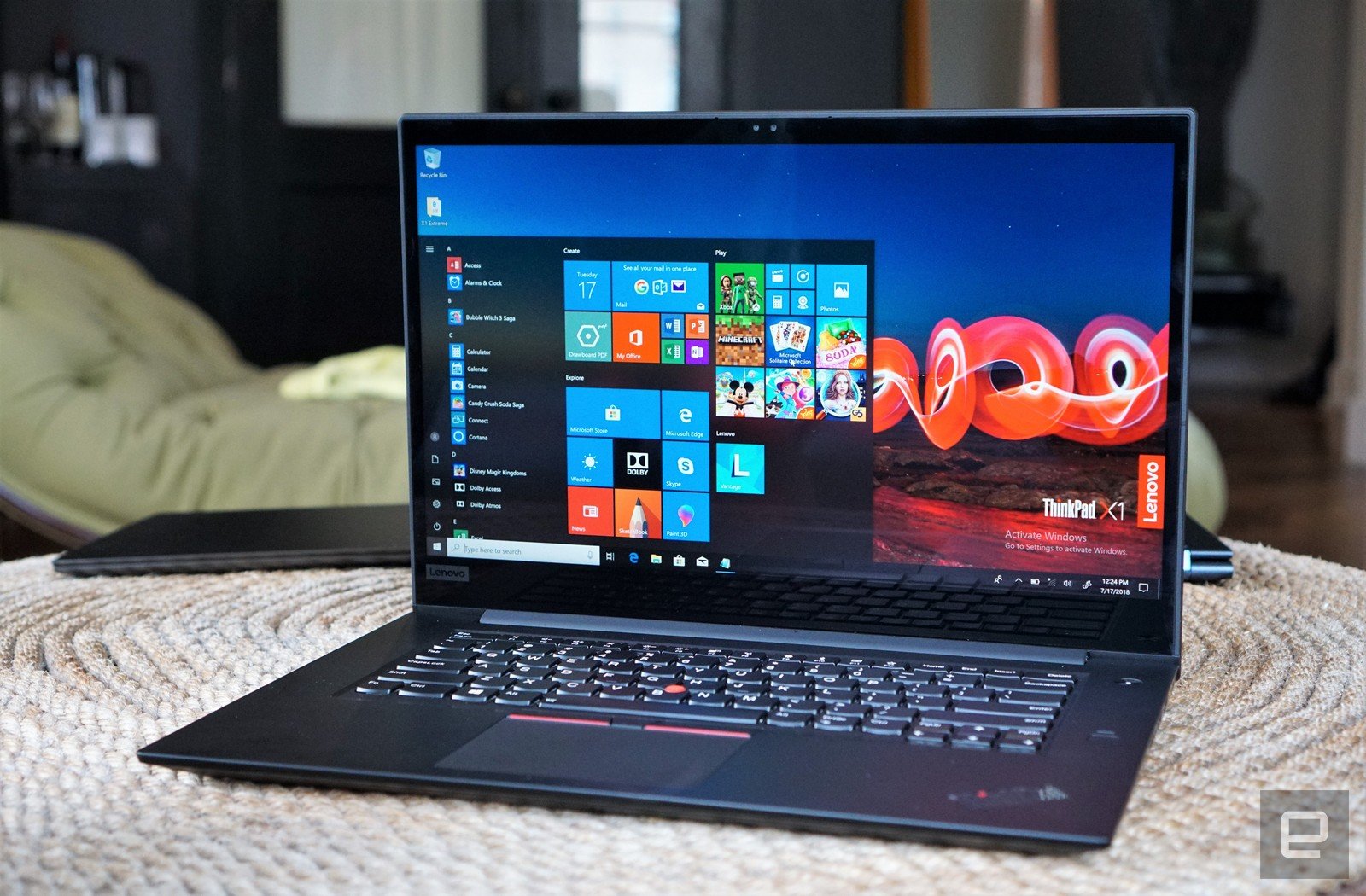 Based on my brief time with it, the X1 Extreme is noticeably heftier than the Carbon. It weighs 3.75 pounds with the 1080p screen, or a bit over four pounds with the 4K display. The latter is on par with the MacBook Pro 15, as well as most its PC competitors, so it's not a huge surprise. They keyboard and overall build quality felt as solid as you'd expect. It was also nice to see a wide variety of ports, including two USB-C Thunderbolt 3 connections, two USB 3.1 ports and an SD card reader.

The ThinkPad X1 Extreme will start at $1,900 and will be available in September.

In this article: gadgetry, gadgets, gear, IFA2018, lenovo, personal computing, personalcomputing, ThinkPad, ThinkPadX1Extreme, video
All products recommended by Engadget are selected by our editorial team, independent of our parent company. Some of our stories include affiliate links. If you buy something through one of these links, we may earn an affiliate commission.