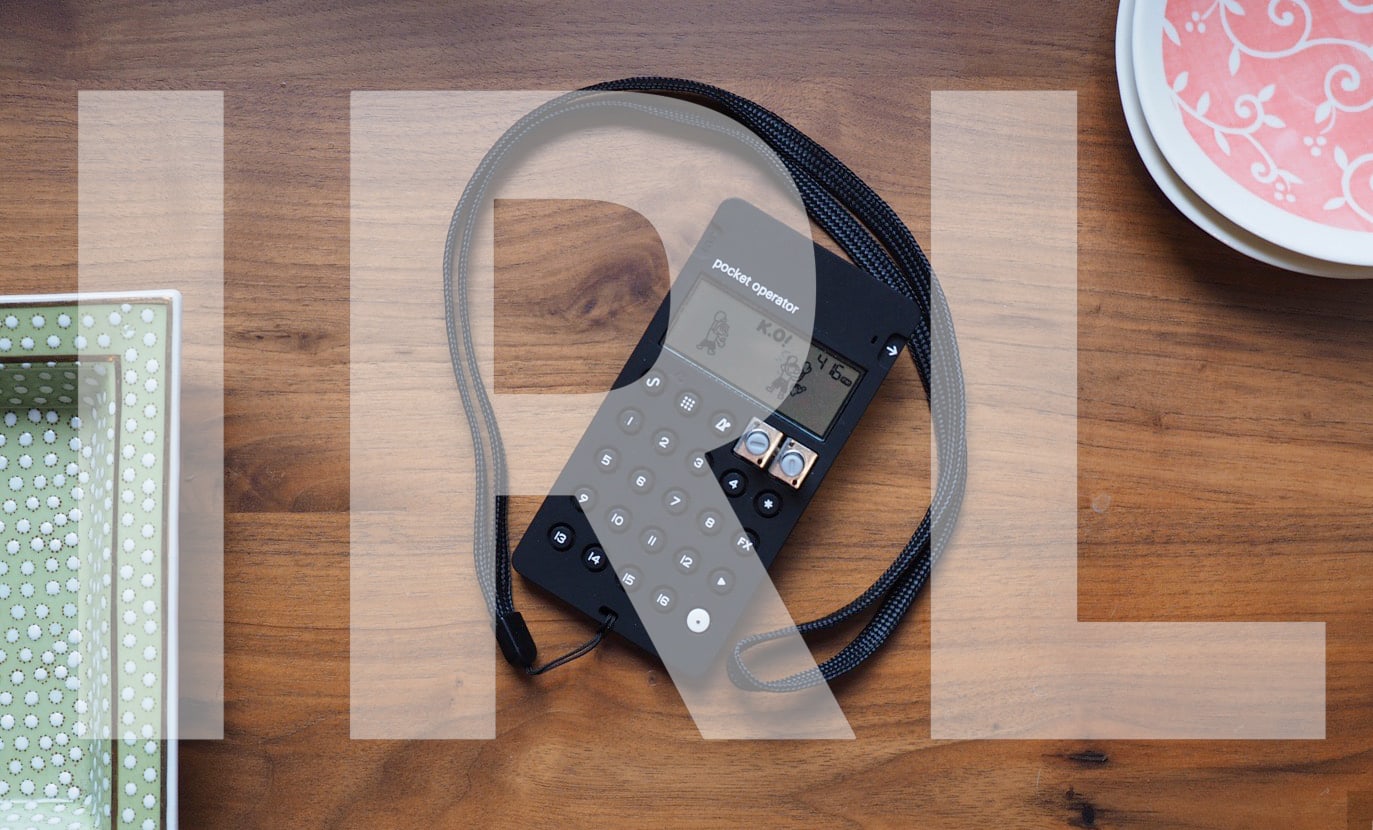 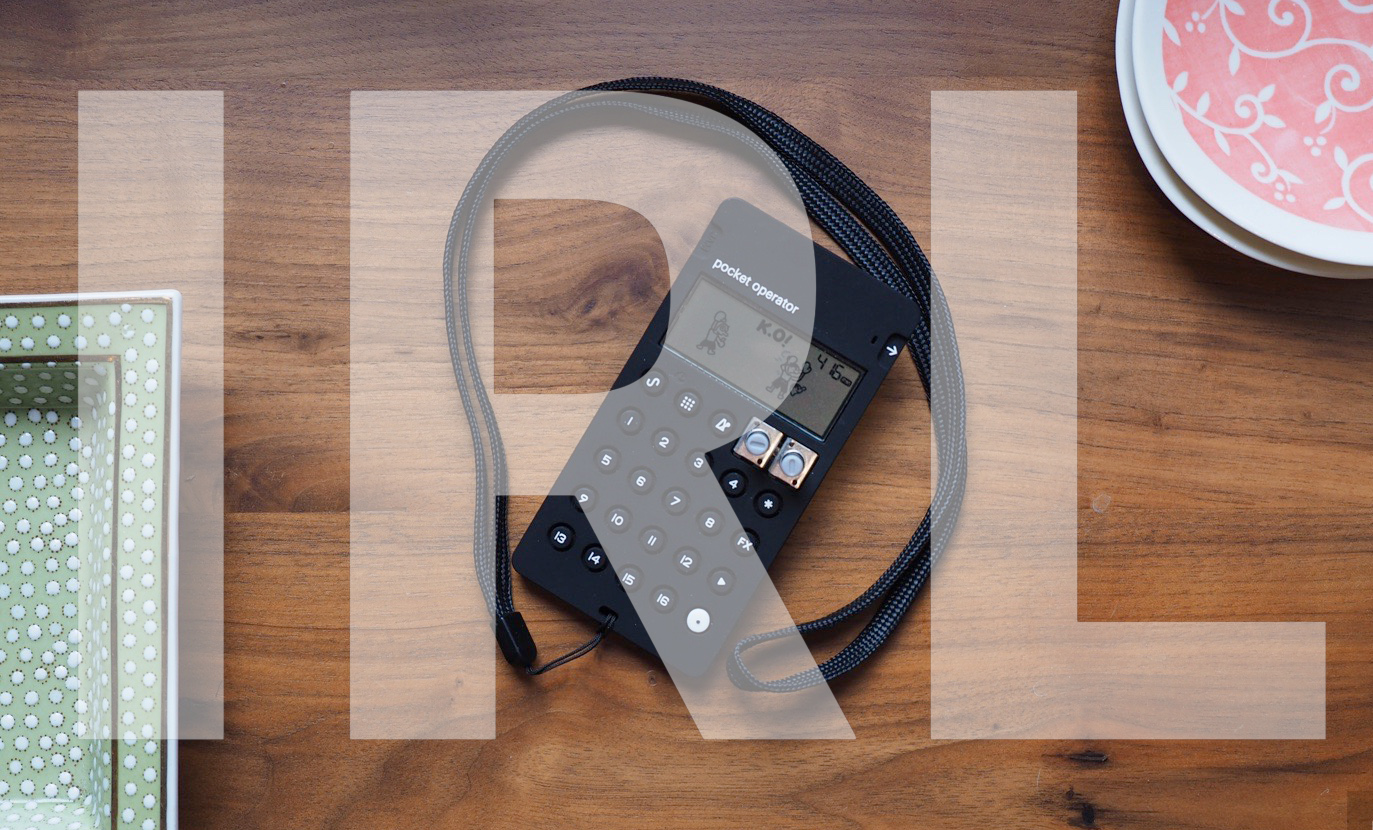 This week, Managing Editor Terrence O'Brien is obsessed with a new sampler that he can take anywhere. It's got its quirks, but that's apparently part of the appeal. I love just about any gadget that makes noise and at least approximates what you could call "music." I've got countless cheap synths, from classics like the Casio VL-1 to DIY Atari Punk Consoles. And in March I became obsessed with the $89 Teenage Engineering's PO-33 KO sampler. I've always had a soft spot for the company's tiny PO series of music making gadgets, but after watching a few YouTube videos it became clear that this was something special, and I simply had to have it.

See, the KO is a pretty full featured sampler that fits in your pocket. And since I got the rubberized case too, I can actually put it in my pocket and not worry too much about it getting damaged. Now instead of scrolling through Instagram or endlessly checking email while I'm waiting at the optometrist or on the bus, I can sit and bang out a little tune.

There are a total of 16 sample slots: eight melodic and eight for "drums." (I put that in quotes because you can theoretically load any sound in those slots and chop it up.) The difference between the two is in how they treat samples. Anything loaded into the melodic banks is mapped across the keypad in a scale (I believe melodic minor, plus one random note).

Sounds in the drum spots are cut up using an algorithm that identifies transients in the waveform. Theoretically that means you should be able to play a drum loop into the KO (using either the line in or the built-in microphone) and it will identify the individual hits and lay them out across the 16 pads. This is kind of hit and miss in practice, so expect to spend a little time tweaking things in trim mode.

And once I've got a little loop I like, I can spend hours just fiddling with it, jamming out on the 15 built in effects that can create stutter patterns, imitate record scratches or drop all the audio a full octave.

Now, the KO certainly has its quirks and limitations. For one, you can chew through the 40 seconds of sample memory really quickly. All it takes is couple of drum kits and one reasonably long R&B loop and you're done. And the knobs, which control a number of different features, are absolute, not relative. That means they send a predetermined value based on the position of the knob, not your chosen parameter. This isn't a huge deal when dealing with filters or BPM, but when you're chopping up samples it can be infuriating. 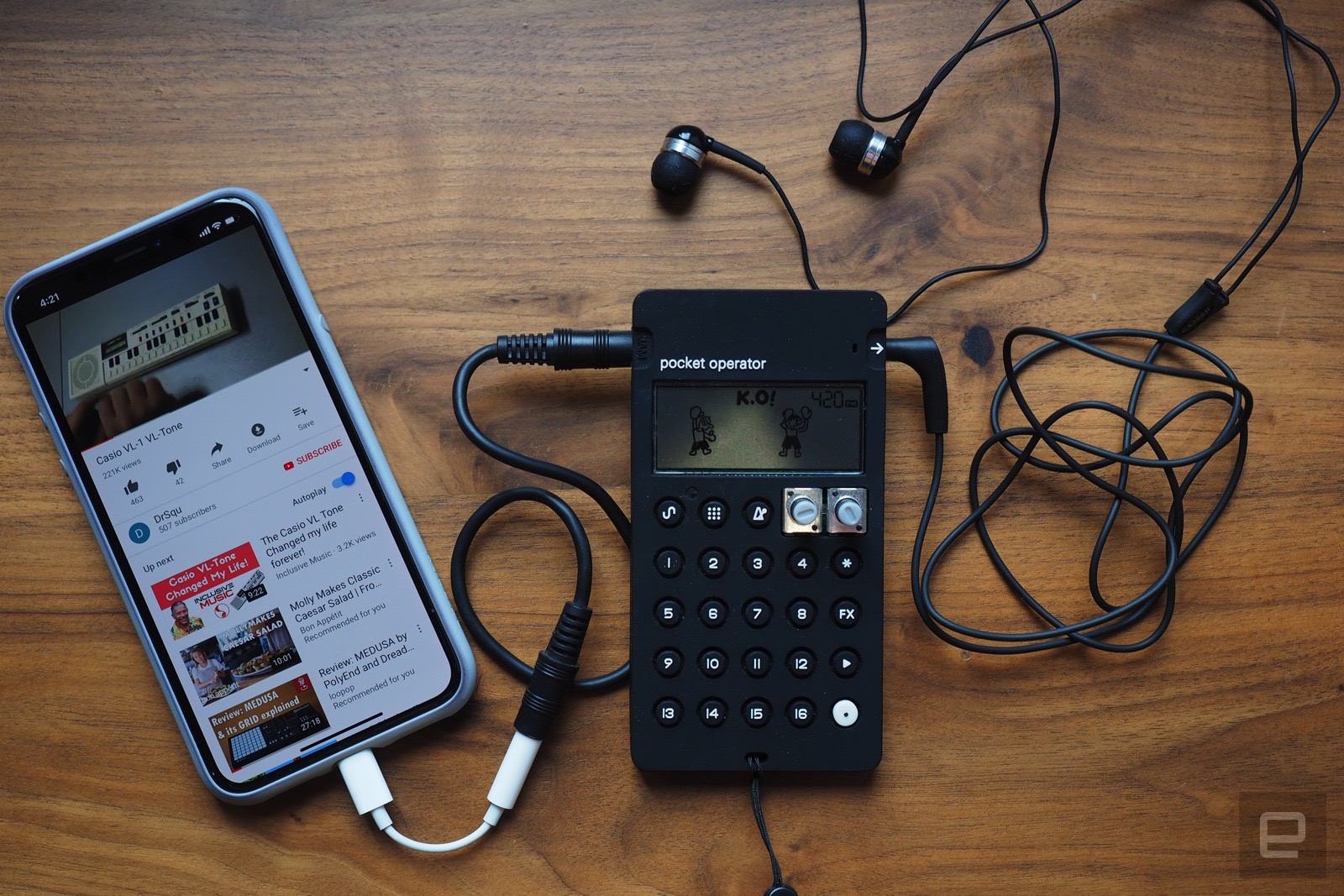 For example: The other day I noticed the snare was hitting a little late in a beat. Since everything on the Pocket Operators is quantized I knew it was because the sample was starting too early. So I found the offending snare and entered trim mode. Problem is the moment I touched the knob to adjust the start time it jumped all the way to the end of the drum loop, because the last time I used the knob I was turning the volume all the way up on the bass. I then had to backtrack through the sample and find the snare hit all over again using the incredibly sensitive and, let's say, finicky little dials.

A couple of other things to keep in mind: Each of the drum slots is monophonic and the KO can only handle four voices simultaneously. So you can't create Beach Boy-esque walls of sound (unless you sample the Beach Boys, at least). It's best used for stripped down, almost minimalist creations. And it really shines if you're into making lo-fi hip hop.

But, as annoying as that can be, it hasn't dulled my infatuation with the KO. It literally goes with me everywhere. And it's limitations are actually somewhat freeing. The constraints of the device can foster creativity. Rather than worrying about which particular electric piano preset to select in Ableton, I just have to use whatever I can quickly record on to the device. Whether that's ambient sounds on my commute or YouTube clips on my phone. And mastering the tips and tricks that allow you to make the most of the PO-33 is a creative endeavor in its own right.

In this article: av, gear, hardwareirl, ko, music, newirl, PO-33, po-33ko, po33, pocket operator, pocketoperator, sampler, teenage engineering, TeenageEngineering, thebuyersguide
All products recommended by Engadget are selected by our editorial team, independent of our parent company. Some of our stories include affiliate links. If you buy something through one of these links, we may earn an affiliate commission.