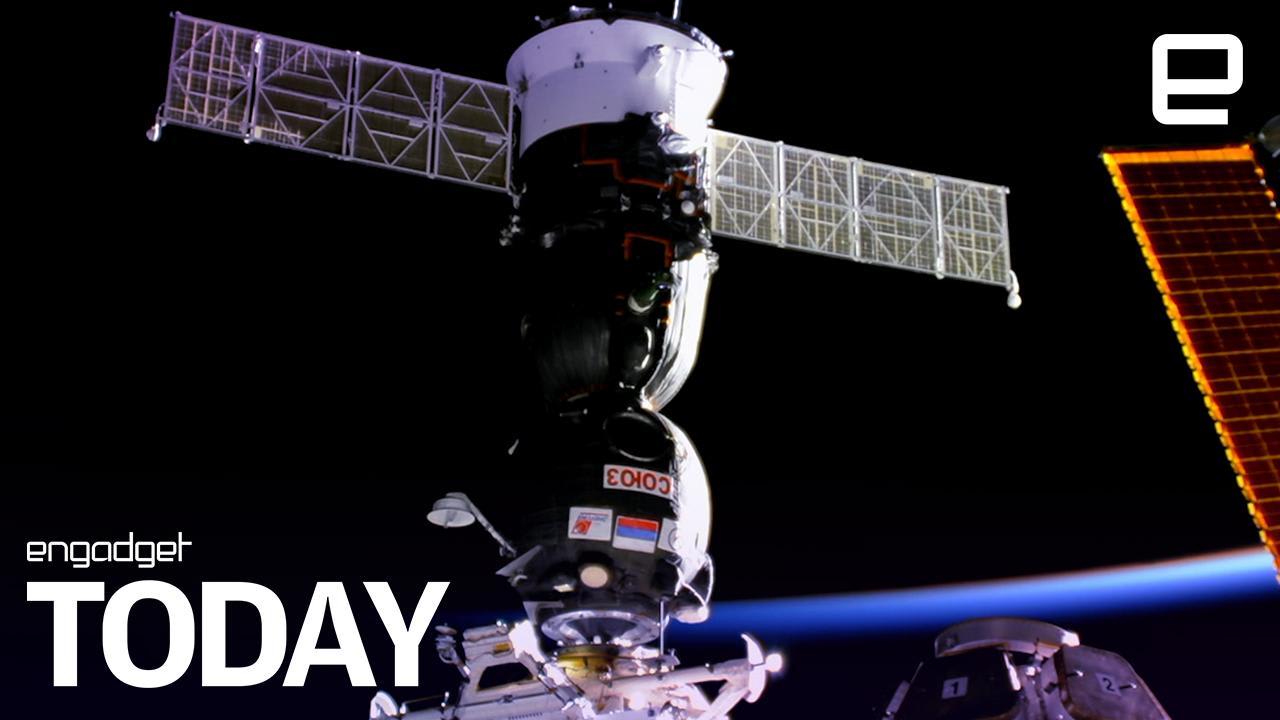 Last Thursday, NASA informed the public that there was an air pressure leak aboard the International Space Station. It was extremely small and posed no immediate danger to astronauts. Flight controllers worked with the astronauts to determine that there was what appeared to be a drill hole aboard an attached Soyuz capsule that the astronauts attempted to patch. Now, the Russians are investigating sabotage as a possibility.

The hole was about 2 mm in diameter and is located in an upper section of the Soyuz capsule. This part of the spacecraft does not return to Earth, and thus the issue poses no danger to the astronauts who will be using it at the end of their missions. Astronauts Alexander Gerst plugged the hole with his finger before tape was brought in for a temporary fix. The hole was then patched and the crew and flight control are monitoring to make sure no more air is escaping.

The first assumption for the cause of the hole was a MMOD, or micro meteoroid or orbital debris strike -- a chance accident. However, it then appeared that the issue was actually a hole from a drill, presumably a mistake that was patched up quickly (and shoddily) by whoever made it. Now, Dmitry Rogozin, the chief of Roscomos, Russia's space agency, has said that Russia hasn't ruled out sabotage.

According to AFP, Rogozin suspects this wasn't just an accidental drill puncture. "There were several attempts at drilling," he said, adding that the hand holding the drill was clearly "wavering." While it's likely that whatever happened occurred on the ground, Rogozin hasn't ruled out that someone aboard the ISS did the deed. It could also be a production defect.

It seems incredibly unlikely that an astronaut would take a drill to a spacecraft, but the entire thing is just bizarre from beginning to end. Whether it's a defect, deliberate sabotage or something else entirely, it will be interesting to see how this investigation unfolds. It's as yet unclear whether this will affect the launch of the next Soyuz, scheduled to occur on October 11th.

Via: Popular Mechanics
Source: AFP
In this article: AOLoriginals, DailyShow, Engadget, EngadgetToday, EngadgetVideo, Entertainment, internationalspacestation, iss, nasa, roscosmos, soyuz, space, tomorrow
All products recommended by Engadget are selected by our editorial team, independent of our parent company. Some of our stories include affiliate links. If you buy something through one of these links, we may earn an affiliate commission.