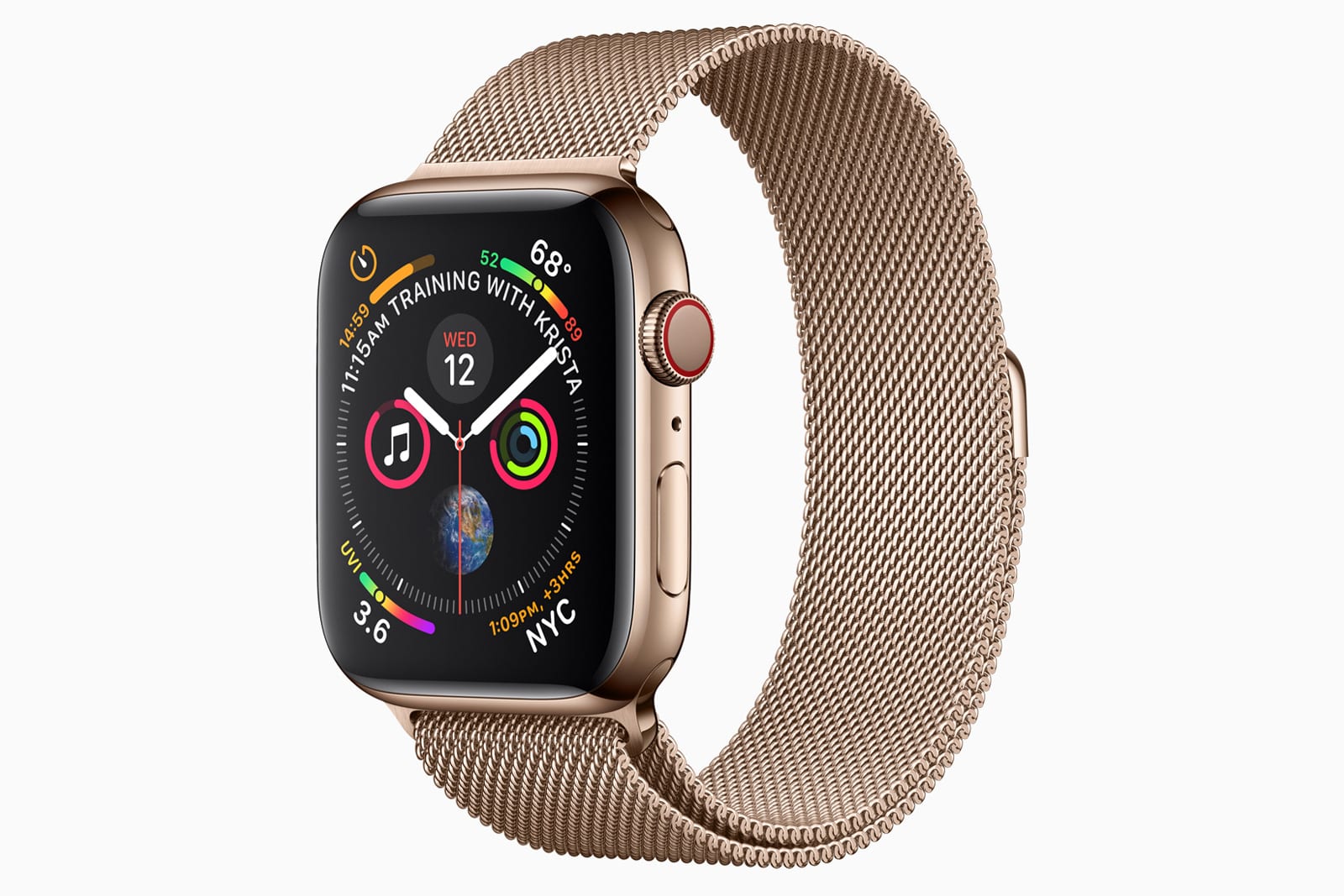 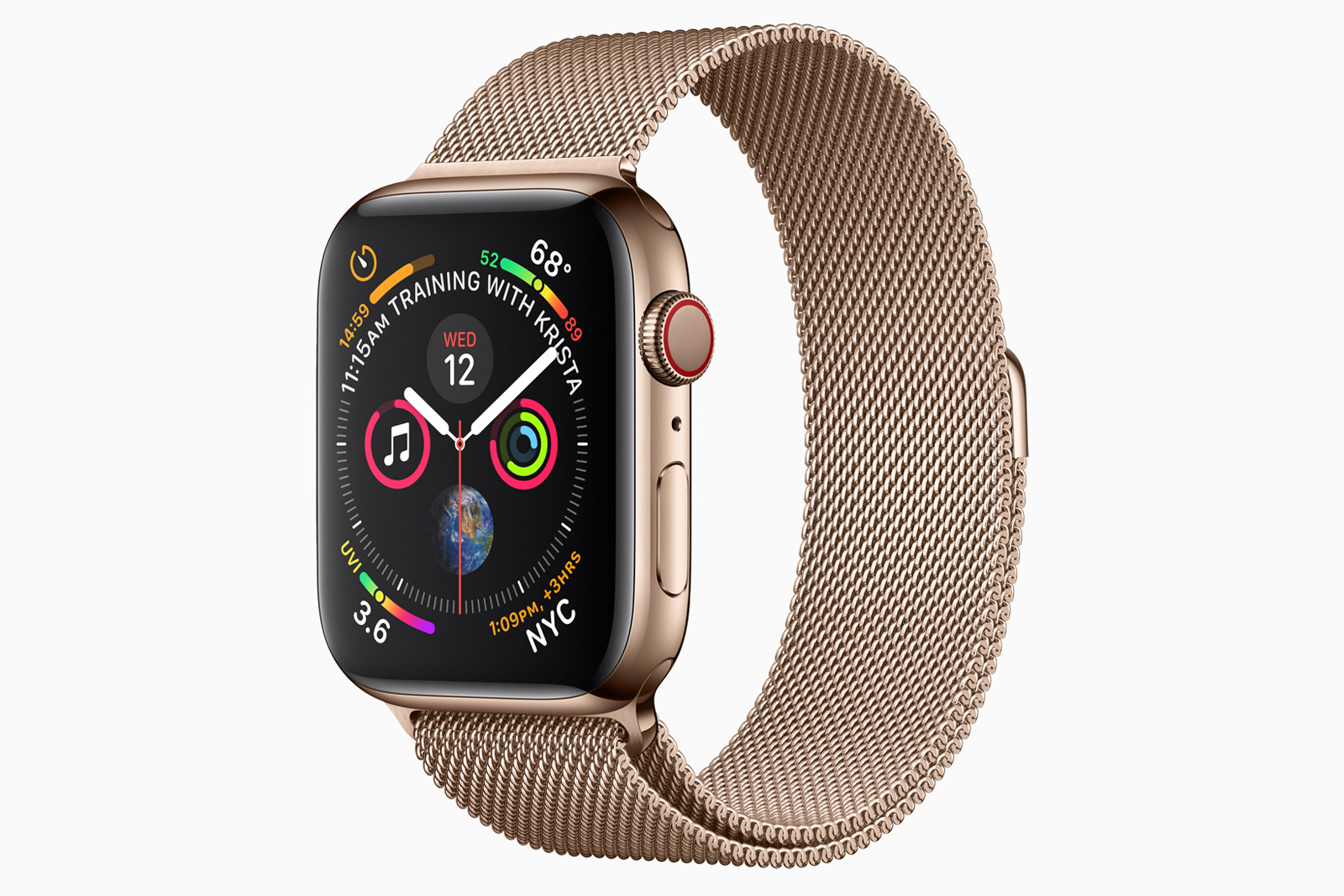 After some rather spectacular leaks, the Apple Watch Series 4 is official. The new models represent the first big change in screen size since the smartwatch premiered in 2015, with 40mm and 44mm models packing larger displays (35 percent and 32 percent, respectively) that run much closer to the case edge. Even so, the bodies are thinner than before. The extra visual real estate provides more room for apps, and there's a new watch face that touts as many as eight (!) complications -- yes, that image you saw earlier was real. You'll also see a Mindfulness watch face as well as ones that interact with the edges of the screen. 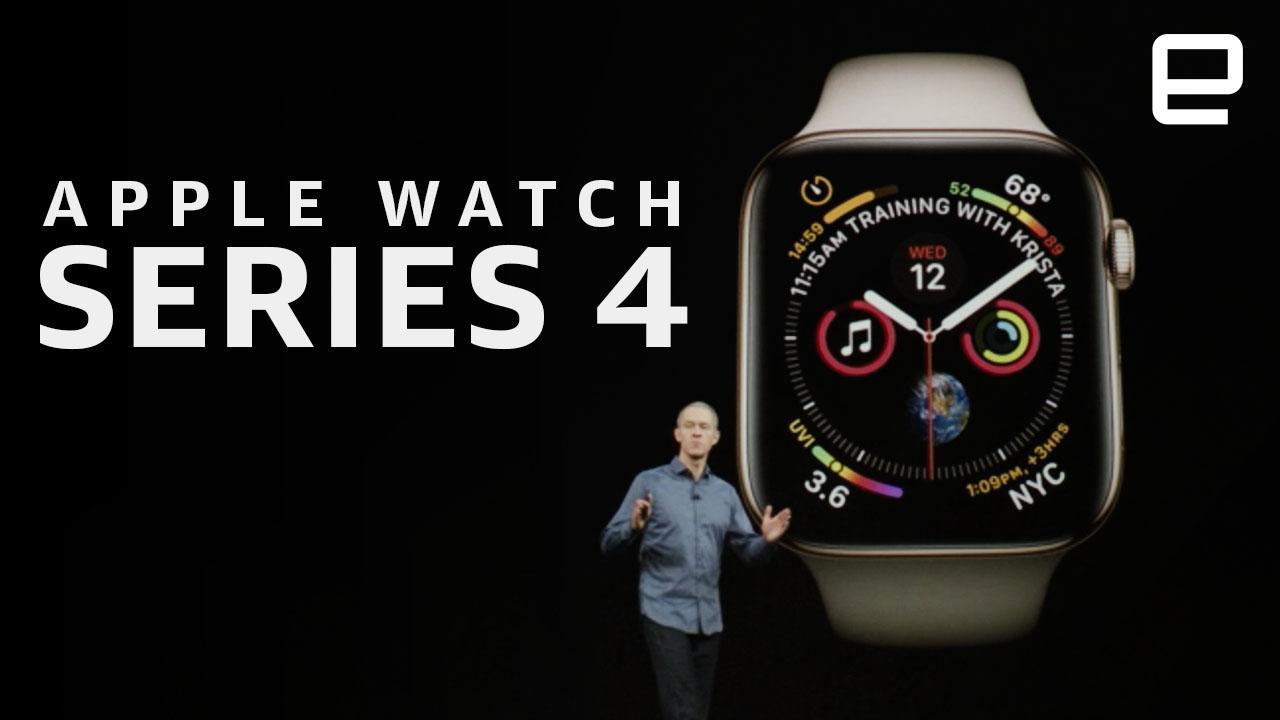 The visuals are just part of what's new, however. The Digital Crown (which has a red ring instead of the glaring red dot, we'd note) now incorporates haptic feedback. You can count on a speaker that's 50 percent louder and a microphone position optimized for call clarity. Even the materials have received an upgrade, as you'll now see greater uses of ceramic and sapphire.

Some of the largest upgrades are under the hood. The 64-bit, dual-core S4 chip promises to be up to twice as fast (over what Apple didn't say, but we're presuming the Series 3). A next-gen accelerometer system is not only much more precise but also smart enough to detect hard falls -- it'll offer an emergency call if it thinks you've tumbled. And crucially, this is the first over-the-counter, FDA-approved device with a built-in electrocardiogram sensor. Put your finger on the crown to create a closed circuit (the sensor is on the bottom of the case) and the watch will give you an ECG that could identify heart conditions.

Series 4 will still have the same claimed 18-hour battery life, Apple said, but you now have six-hour longevity for outdoor workouts. You won't be scrambling for a charger quite so quickly after a run then. Apple is releasing the new smartwatch in familiar aluminum and stainless steel colors, although there's now a gold-like stainless steel shade. You can expect new Nike+ and Hermès models, too, and all existing bands will work with the new versions. Pre-orders start September 14th with prices of $399 (£399) for GPS models and $499 (£499) for LTE-equipped models. They'll arrive on September 21st. And if that's too rich for your blood, don't worry: Series 3 is sticking around at a lower $279 (£279) price.

Source: Apple
In this article: AOLoriginals, apple, applewatch, applewatchseries4, engadget, EngadgetVideo, Entertainment, gear, iphone2018, mobile, smartwatch, video, watchos, wearable, wearables
All products recommended by Engadget are selected by our editorial team, independent of our parent company. Some of our stories include affiliate links. If you buy something through one of these links, we may earn an affiliate commission.