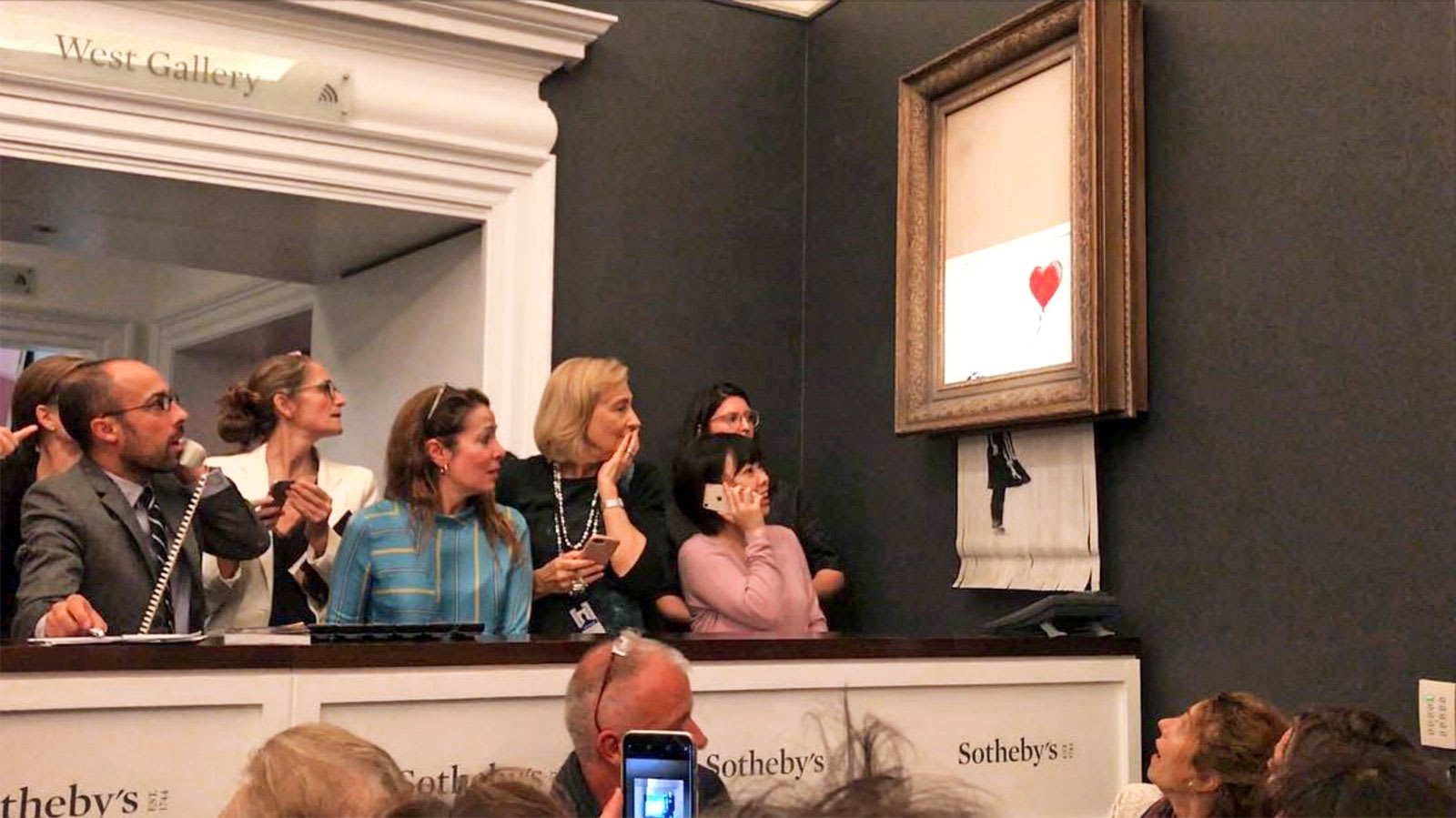 Banksy just delivered a masterclass in using technology to both create and comment on art. The mysterious artist hid a shredder in the frame for his 2006 painting Girl With Red Balloon, and when it was sold at auction for £1,042,000 (about $1.4 million)... you can probably guess what happened next. The moment the gavel came down to close bidding, the painting largely destroyed itself. Banksy didn't say much about the tech involved in a brief clip, but he clearly had a remote trigger to cut his work into ribbons.

Banksy did acknowledge installing the shredder "a few years ago" in the event the painting "was ever put up for auction." In other words, he was playing the long game and likely hid a long-lived battery (possibly lead acid) to ensure he could destroy the work well after framing it.

It's not certain who bought the painting or how they'll react to the trick. As for the meaning? That's not clear, either. The shredding certainly garnered publicity, but it could have been a statement on the value of art in high society -- people are frittering away millions at auctions when it's the significance of the art, not the physical object, that matters. If that's the case, though, there's a degree of irony in that the value of Banksy's piece might increase in its half-shredded state. How often do you see era-defining art that's designed to self-destruct?

So Banksy put a video on Instagram and deleted it almost immediately about the whole shredder in the painting. I screen recorded it for anyone who missed it! pic.twitter.com/uryPvP21ge

Via: The Guardian
Source: Sotheby's, Banksy (Instagram), Zoe Smith (Twitter)
In this article: art, auction, banksy, entertainment, gear, painting, shredder, sothebys, video
All products recommended by Engadget are selected by our editorial team, independent of our parent company. Some of our stories include affiliate links. If you buy something through one of these links, we may earn an affiliate commission.