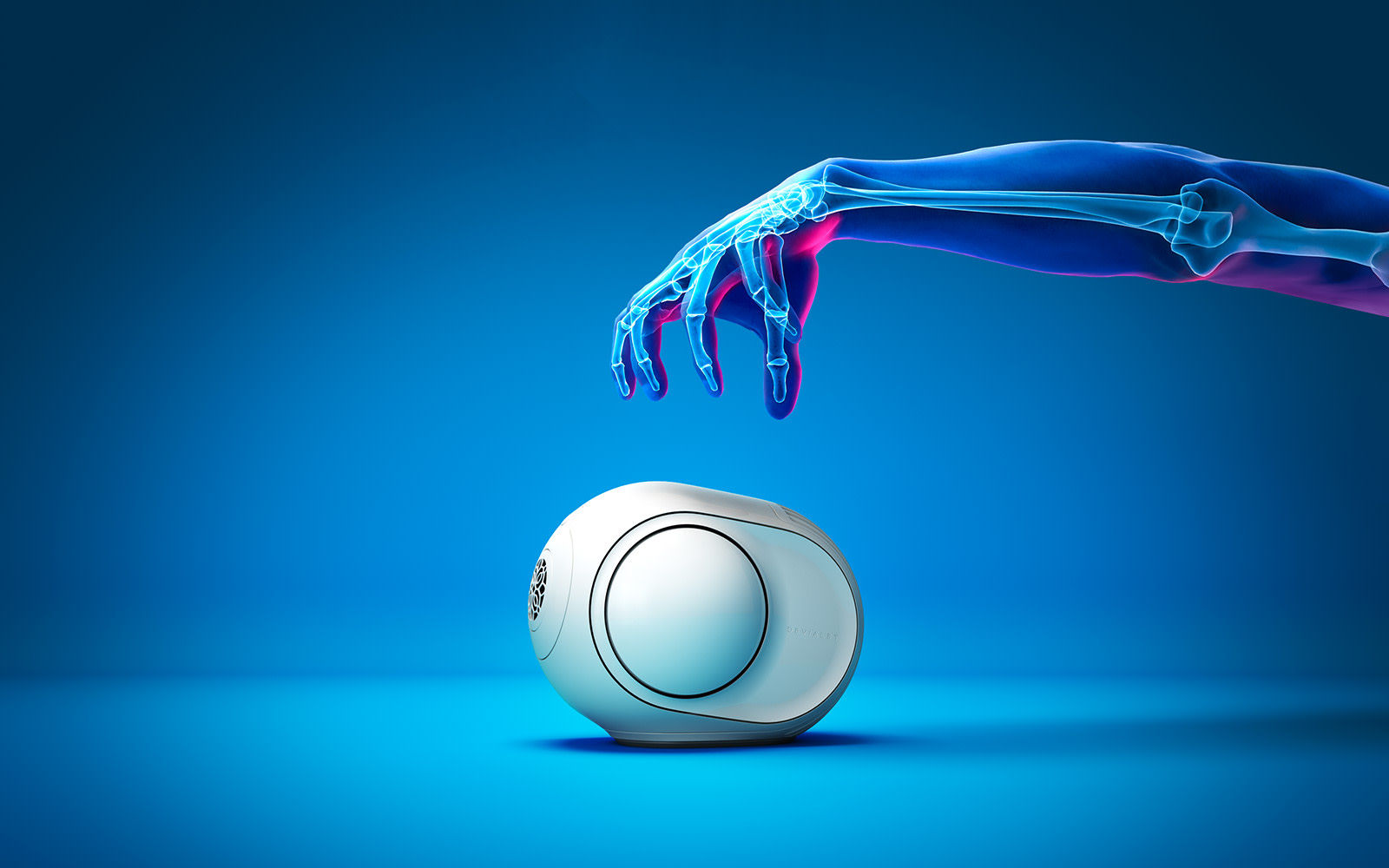 Even if you're not already familiar with French audio brand Devialet, you may instantly recognize its Phantom speakers, which are known for throwing a surprising punch from a relatively compact alien egg-like body. The problem is that as impressive as they are, these "implosive" speakers can be a bit too much for tiny spaces, plus prices start from $1,690 which isn't an instant grab for most people. As such, Devialet's team of 100 engineers spent the last three years repackaging the same acoustic technology into a more portable form factor. The result is the Phantom Reactor, a $999 wireless speaker that's four times smaller but still delivers "unreasonable sound."

From afar, the Phantom Reactor bares a strong resemblance to the larger Phantom series, save for the lack of metallic highlights. Both variants have the same dimensions, which work out to be slightly larger than an average ostrich egg, so you can just about grab the whole composite body with a single hand -- just don't drop this 10-pound device onto your toes. 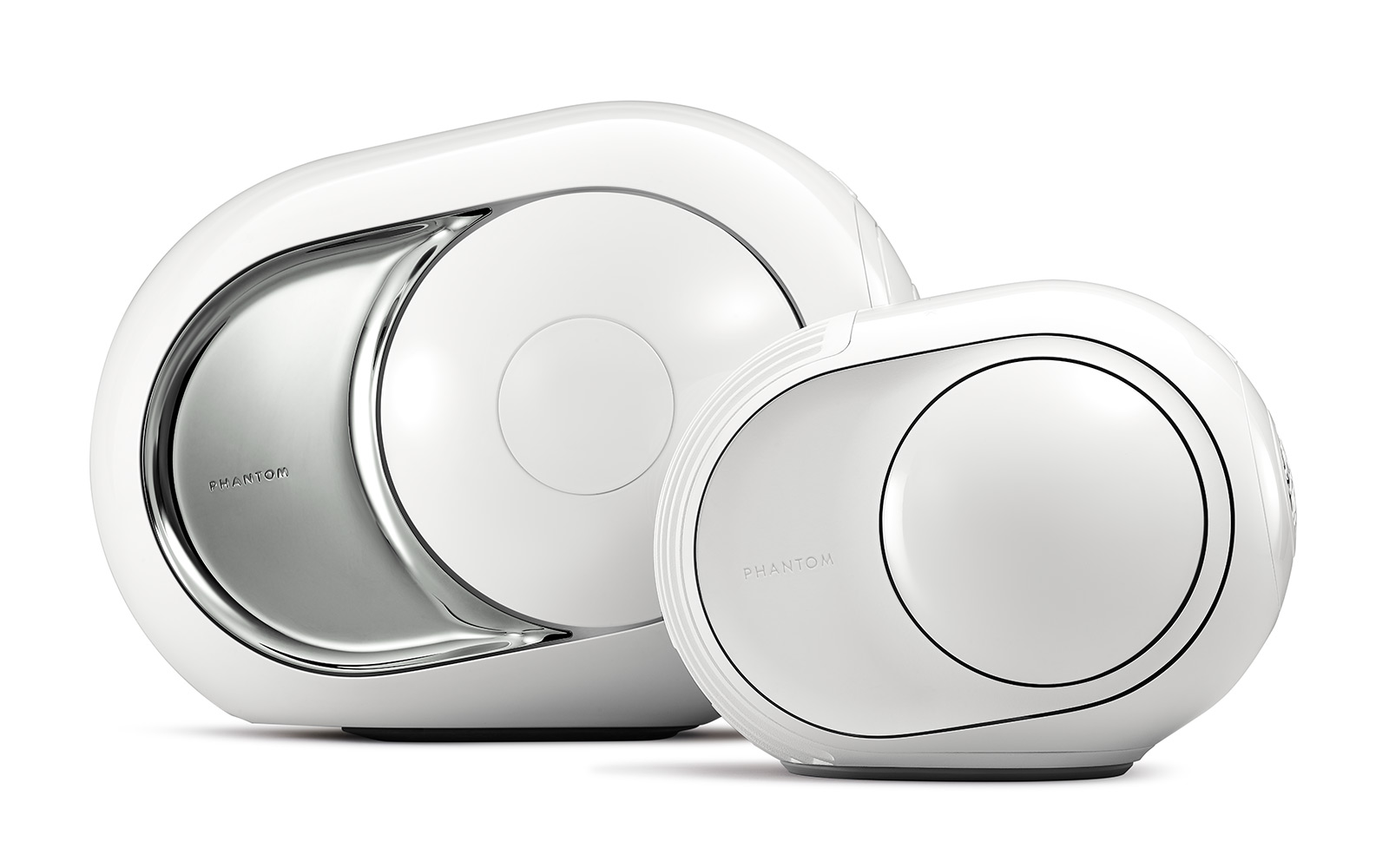 The Phantom Reactor comes in two flavors: There's the 600W version rated with 95 dB SPL, as well as the higher-end 900W model with 98 dB SPL. Both models feature Bluetooth, WiFi and optical-in for connectivity, which is as expected for a high-end wireless speaker. They also go from a deep 18Hz all the way up to 21Khz, and boast "phenomenal sound amplitude without distortion, saturation or background noise." This is all thanks to Devialet's proprietary acoustic features: Analog Digital Hybrid amplification, Active Cospherical Engine acoustic design, Speaker Active Matching algorithm and Heart Bass Implosion acoustic process.

These are the same technologies applied to the existing Phantom range (and in fact, the "ADH" technology -- now at its fifth generation -- was derived from Devialet's first-ever product, the D-Premier amplifier). During my previous listening session, the Phantom speakers did deliver surprisingly powerful sound -- great for movies -- with practically no distortion up to a point.

While I've yet to have the pleasure of experiencing the new Phantom Reactor, our very own James Trew recently got a brief demo and said "it does sound pretty good" even when compared to its larger sibling device. However, Trew was also hesitant to say whether it's worth the $1,000 price, plus the eccentric design may not suit every home. The same can be said about the Phantom range, anyway.

For those who want to check out the Phantom Reactor in person, Devialet will be rolling out its new speaker to physical stores over the coming weeks. Otherwise, pre-orders start from October 24th, if you already have the cash to spare.

Source: Devialet
In this article: audio, av, devialet, gear, hifi, phantom, phantomreactor, reactor, speaker
All products recommended by Engadget are selected by our editorial team, independent of our parent company. Some of our stories include affiliate links. If you buy something through one of these links, we may earn an affiliate commission.