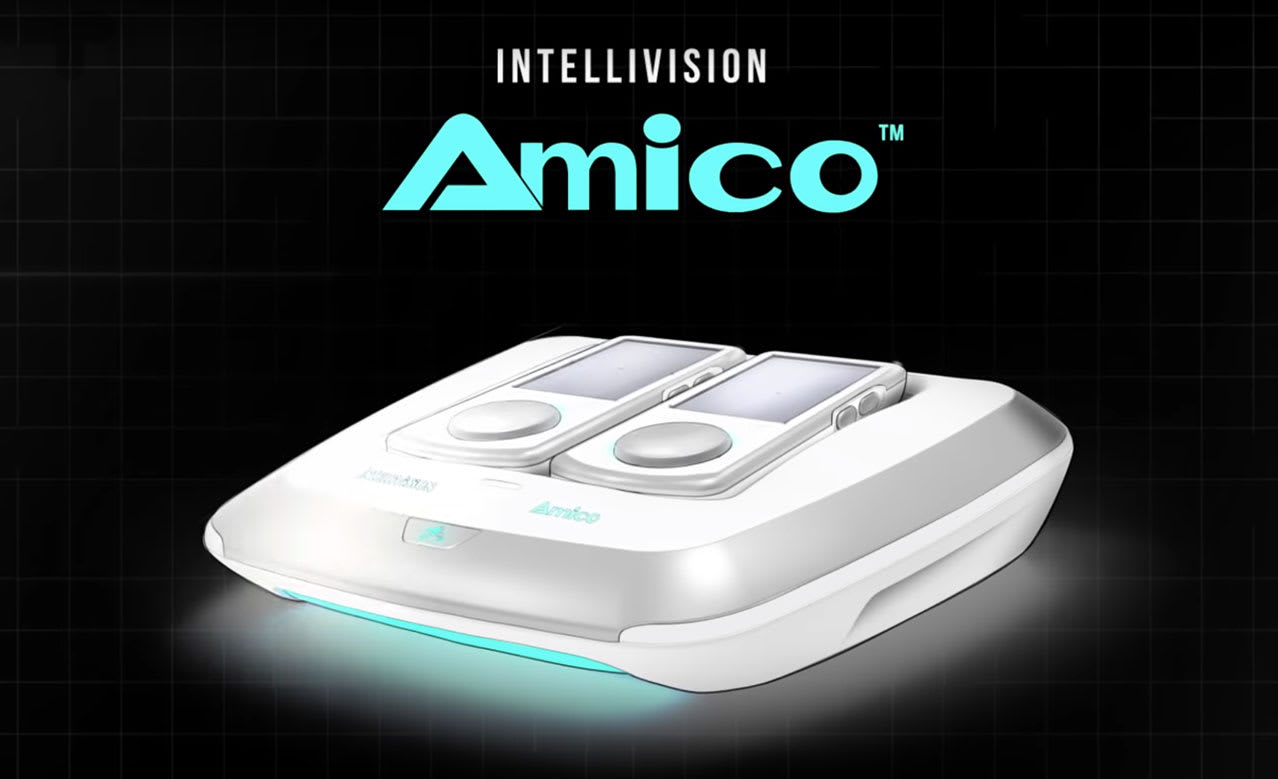 Intellivision, the video game maker that didn't survive the '80s, is back and ready to build something new on top of gaming nostalgia. After teasing the idea earlier this year, the company has announced plans for a new console called the Amico -- one part retro console and one part family-friendly modern gaming system. Intellivision plans to release it with a mix of classic titles and new originals in 2020.

The Amico shares some similarities with the standard retro console release. It will supposedly play a slew of classic titles that '80s babies might remember playing through on their living room TV. Intellivision titles like Astrosmash, SNAFU and Utopia are all in line to get new life on the Amico, as are a number of industry classics like Pong, Centipede and Super Burgertime. The company is promising updated graphics, new levels, and multiplayer modes for many of the throwbacks.

Intellivision doesn't just want to bring back some old games, though. The company claims it wants offer an approachable, family-oriented gaming experience that anyone can pick up and play regardless of skill level. It's positioning the Amico as an alternative to the Xbox One and PS4. To achieve what it calls ""Equal Opportunity Gaming," Intellivision's new games will be rated "E for Everyone" or "E10+" and will sell for between $2.99 and $7.99. Intellivision is also banning downloadable content and in-app purchases from its titles. The games will be produced with what Intellivision calls "state of the art 21st century 2D image processing and graphics capability," whatever that means.

Intellivision plans to ship the Amico with two wireless Bluetooth controllers that have a 3.5-inch color touchscreen. The controllers will have just four buttons, a directional pad, and a gyroscope and accelerometer that respond to movement. The company says the console will allow up to eight people to play at a time and will allow users to connect their smartphone to use as a controller.

Even if Intellivision popped up with the console made and ready to be purchased, the plan of retro titles and new games exclusively for a console that will likely have a small install base would warrant skepticism. But the company thus far has only shown off preliminary conceptual designs of the Amico and hasn't shown the console or any of the games in action. Intellivision has set a release date of October 10, 2020 for the console, with a price point between $149-179. Right now, that makes for some pricy mockup art.

Via: Variety
Source: Intellivision
In this article: av, BluetoothController, Centipede, ClassicGaming, DownloadableContent, gadgetry, gadgets, GameConsole, gaming, GamingConsole, InAppPurchases, intellivision, pong, RetroGaming
All products recommended by Engadget are selected by our editorial team, independent of our parent company. Some of our stories include affiliate links. If you buy something through one of these links, we may earn an affiliate commission.