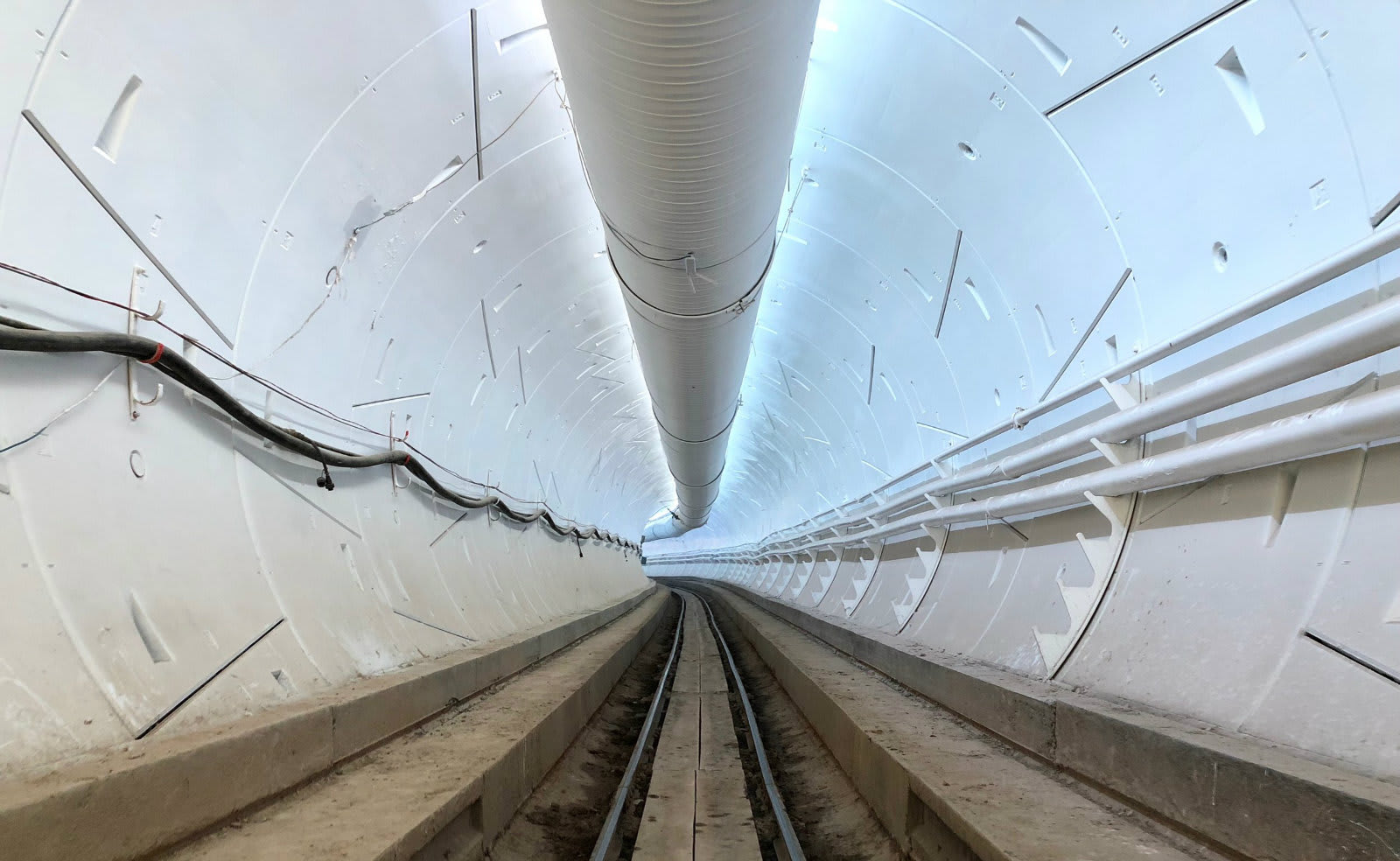 Elon Musk's Boring Company is ditching plans to build a 2.5-mile test tunnel underneath Los Angeles' 405 freeway and Sepulveda Boulevard. The controversial project had been the focus of a lawsuit filed by two neighborhood groups, accusing LA officials of violating state law by exempting the plans from environmental review. A settlement was reached last month and, on Tuesday, the Boring Company and the Westside activists made the closure official.

"The Boring Company is no longer seeking the development of the Sepulveda test tunnel," the parties said in a joint statement. Musk's tunnel-digging plans will now focus instead on completing the tunnel to Dodgers stadium. The company's LA/Hawthorne test tunnel is also due to open next month, with Musk promising free rides to the public.

But as this latest settlement shows, there seems to be a disconnect between Musk's ambitious traffic-dodging venture (and the municipalities eager to approve them) and the residents above ground. The plaintiffs in the now-settled lawsuit cited the disruptive nature of the work that goes into creating what Musk describes as "disturbingly large" underground loops. They also said the scale of the project would be too large to qualify for an environmental exemption. An attorney for the groups said the settlement agreement was confidential, according to the Los Angeles Times.

Boring's tunnels will rely on Loop shuttles that can carry pedestrians, cyclists and private vehicles at speeds of up to 150mph. Its aim is to ferry traveler's around on those shuttles for as little as $1 in a bid to reduce traffic congestion in big cities.

Update: In a tweet, Musk said "Based on what we've learned from the Hawthorne test tunnel, we're moving forward with a much larger tunnel network under LA. Won't need a second test tunnel under Sepulveda."

This is completely backwards. Based on what we've learned from the Hawthorne test tunnel, we're moving forward with a much larger tunnel network under LA. Won't need a second test tunnel under Sepulveda.

Coverage: LA Times, Curbed Los Angeles
In this article: boringcompany, ElonMusk, gear, LosAngeles, transportation, tunnel
All products recommended by Engadget are selected by our editorial team, independent of our parent company. Some of our stories include affiliate links. If you buy something through one of these links, we may earn an affiliate commission.