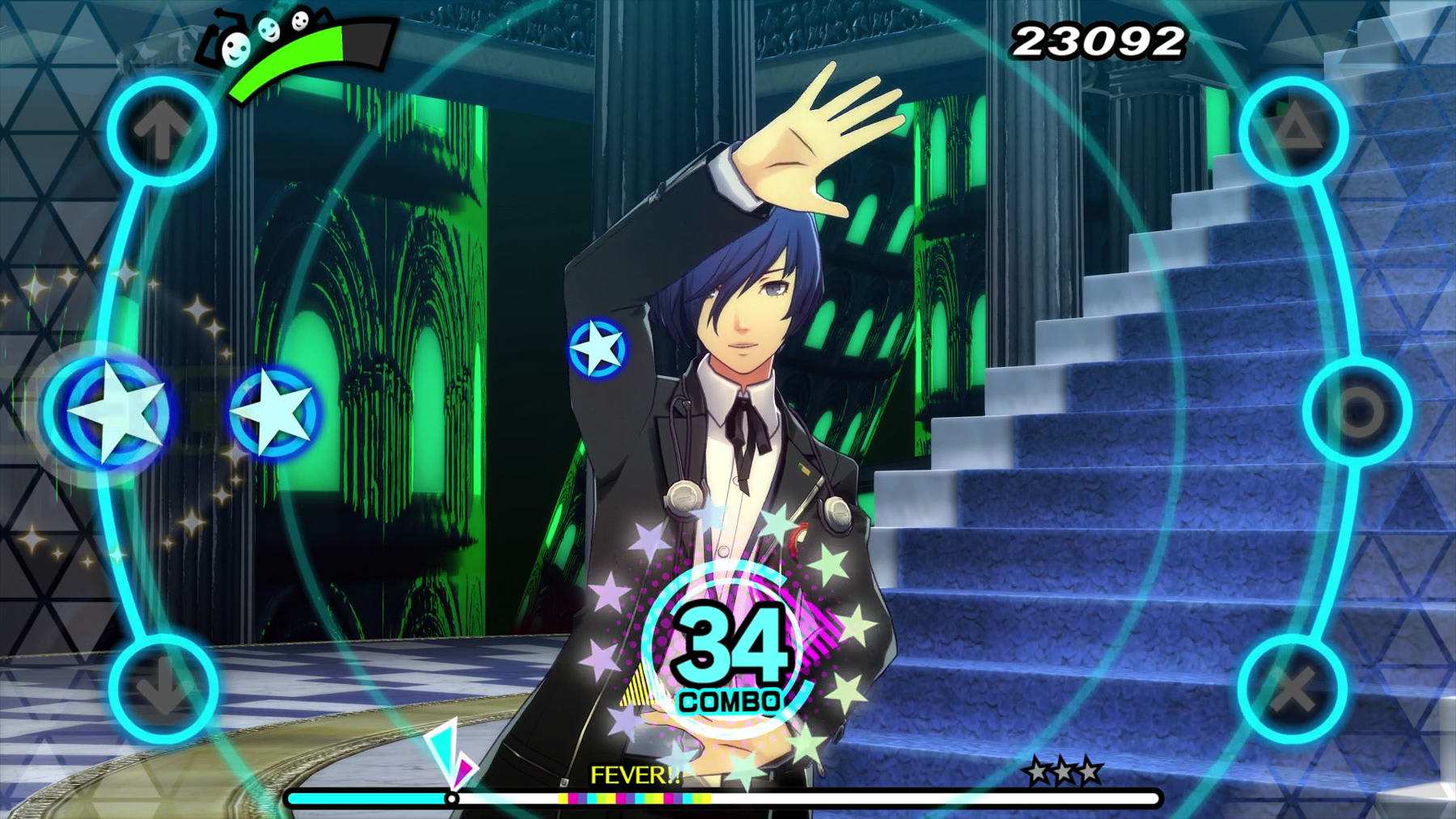 Finishing a Japanese role-playing game is always bittersweet. There's a feeling of euphoria, of course, that comes with beating a final boss and watching the credits roll. But it also means saying goodbye to party members that you've spent 30, 60 or potentially hundreds of hours with. The best games in this long-running genre make you truly care for their supporting characters. They flesh them out with interesting backstories and complex personalities that slowly change over time. By the end, they're friends first and damage-dealing lackeys second.

For me, Persona 3 was one of those games. The PS2 (and later, PlayStation Portable) classic deftly blended dungeon crawling with a believable high school simulator set in modern Japan. In 2006, I had never played anything like it. I was instantly swept up in the central mystery, which concerned evil monsters known as 'Shadows', and the lives of those who had teamed up to defeat them during the mysterious 'Dark Hour' at night.

The endearing Persona 3 cast have appeared in a few spin-off titles, including Persona 4 Arena and Persona Q, since that original release. I've largely ignored these, however, for fear they'll spoil the sense of closure that was perfectly delivered in Persona 3 and its excellent epilogue, FES. I was intrigued, though, by Persona 3: Dancing in Moonlight and its companion title, Persona 5: Dancing in Starlight. Both rhythm games were green-lit after the surprising success of Persona 4: Dancing All Night, a former PlayStation Vita exclusive that was released in June 2015.

Atlus is releasing Persona 3: Dancing in Moonlight and Persona 5: Dancing in Starlight simultaneously on December 4th, 2018. The two games can be bought separately or as a triple-pack bundle, called the Endless Night Collection, which includes Persona 4: Dancing All Night. Persona 5: Dancing in Starlight offers the same basic gameplay as , but with a different set of characters, tracks and graphical flourishes. There's also a small amount of narrative crossover that rewards players for dancing through both games.

I've always loved rhythm games, including Dance Dance Revolution and its unofficial PC equivalent, Stepmania. I was also curious to see how Atlus had developed the core cast over the last 12 years.

I knew the relationships would either click back into place or feel somehow forced and unnatural.

Playing Dancing in Moonlight was like going to a high school reunion. I knew the relationships would either click back into place or feel somehow forced and unnatural. Unfortunately for me, it was the latter. Maybe I'm growing up, or expected too much from a game about pulling off pirouettes and head-spins. But something about the dialog felt off.

Make no mistake: the game looks and sounds amazing. I love the 3D character models, which no longer require static, anime-inspired overlays, and it was wonderful to hear most of the original voice actors again. (I chose the dubbed version, however Japanese voice acting is also available.) The soundtrack is terrific, too, with a mixture of original and remixed tracks produced by a handful of guest artists including Hideki Naganuma, the musical mastermind behind Sonic Rush and Jet Set (Grind) Radio. Every aspect of the presentation, including the menus and unlockable costumes, is bursting with the color and energy that Persona games are known for.

The story, unsurprisingly, is absolutely ridiculous. The characters are summoned to Club Velvet, a dream-like world conjured by a mysterious woman called Elizabeth. (In the original game, she helps the main protagonist fuse powerful beings, called Persona, in the Velvet Room.) She explains that they're asleep and, through the power of their heart, memories and imagination, can move like professional dancers. The cast are confused but ultimately agree to let off some steam before returning to the real world and continuing their fight against the vicious Shadows.

I didn't mind this setup. It's a dancing game, after all.

Dancing in Moonlight takes place during a vaguely-defined night towards the end of the original game. Characters will occasionally mention the wild year they've had together, but otherwise it's impossible to know when the game is actually set. That's by design, of course -- Dancing in Moonlight is a side-story that doesn't, and without serious retconning can't, have any impact on Persona 3. It's a shame, but the plot has to be fairly trivial.

The game has no way of knowing if you played Persona 3 or which relationships you focused on.

The narrative no-man's land has a huge impact on the characters, however. The game has no way of knowing if you played Persona 3 or which relationships you focused on. (The core series has a unique calendar system that forces you to pick who, and how you spend your free time.) That means everyone has to be written in the broadest way possible, focusing on their core personality traits and none of the development that was delivered through their 10-part backstory, or 'Social Links', in the original game.

Dancing in Moonlight does offer 'Social Events' that unlock as you complete tracks and meet character-specific conditions. The vast majority of these scenes are forgettable, though, and reveal little that wasn't already covered in Persona 3. The characters are told early on, too, that their memories of Club Velvet will disappear once they awake. Most of the heroes then question the point of doing anything at all, beyond simply dancing and enjoying themselves, if their hard work will be undone afterwards.

Watching these fun but shallow scenes left me feeling hollow. I had experienced so much with these characters and forged deep, believable relationships with them in the original game. As I listened to them chat, I couldn't help but think: Don't we know each other better than this? Wasn't our friendship, and in some cases romance, more than small talk?

Thankfully, the dancing is sublime. Notes appear at the center of the screen and fly toward one of six icons representing a button on the Vita or DualShock 4 controller. Some prompts are linked together, too, forcing you to press or hold the corresponding buttons simultaneously. Throw in a combo system, some optional 'scratches' and a score-boosting Fever Mode, and you have a rhythm game that is charming on any difficulty setting. As a Stepmania fan I also appreciated the wealth of modifiers, such as mirrored and fade-in symbols, that can be toggled before each song.

I just wish the social events were better written. They don't affect my memories or opinion of the original game, of course. And it was still fun watching the Persona 3 cast dance and laugh together on screen. The disconnect, though, between this game and the end of Persona 3 -- and more importantly, my relationship with all of the characters -- was tough to grapple sometimes.

If you love Persona, here's my advice: play Dancing in Moonlight for its rock-solid gameplay and dopey jokes. If you're hoping to rekindle some fictional friendships, however, you might be left wanting.

In this article: art, Atlus, Dancinginmoonlight, entertainment, gaming, JRPG, Persona, Persona3, Persona3Dancing, RhythmGame
All products recommended by Engadget are selected by our editorial team, independent of our parent company. Some of our stories include affiliate links. If you buy something through one of these links, we may earn an affiliate commission.