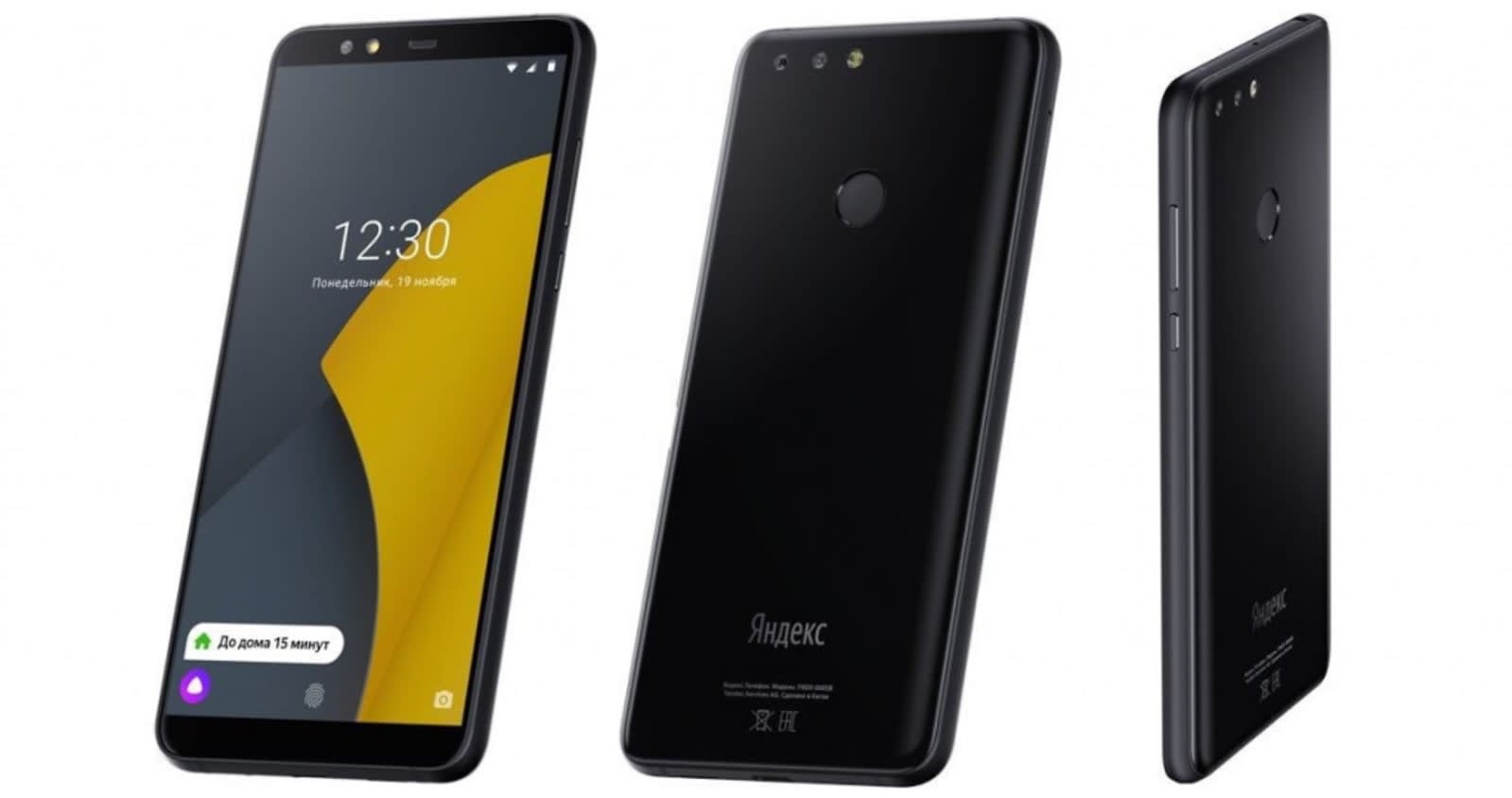 After self-driving cars and smart speakers, Russian search engine giant Yandex is getting into smartphones. Its debut handset, fittingly titled "Yandex.Phone," is an entry-level Android device that's hooked up to its massive ecosystem. That essentially means it comes pre-loaded with Yandex's software -- including its GPS, music, and weather apps.

At the center of it all sits Alice: the company's virtual assistant, which now boasts 34,000 localized skills and can understand Russian with a "near human-level accuracy." Alice can also help you find local businesses and service providers from Yandex's integrated business directory. The same database can identify unknown business callers or let you contact a business by searching for a name or service.

It's no wonder Yandex has been dubbed the "Russian Google." Like its US rival, the majority of its revenue comes from ads tied to search results and it also has its fingers in almost as many pies as Alphabet. It further muscled in on Google's territory by launching its own Android app store back in 2012. And last year, Yandex finally leapfrogged Google to become Russia's top search engine on Android devices, having previously surpassed it on desktop.

The specs on its first phone, however, aren't all that remarkable. It packs a 5.65-inch full HD screen, runs on Android 8.1, and is powered by a Qualcomm Snapdragon 630 processor. There's also a fingerprint sensor on the back and NFC tech for contactless payments. The camera setup includes dual rear 12MP and 5MP snappers and a 5MP front camera.

The Yandex.Phone will cost 17,990 rubles ($270) and will be available starting tomorrow at the Yandex Store at the company's headquarters in Moscow. It will then arrive on Yandex's Beru e-commerce site the following day, along with local retailers and via Russian carrier, Beeline.

Source: Yandex
In this article: android, gear, mobile, russia, smartphone, VirtualAssistant, yandex
All products recommended by Engadget are selected by our editorial team, independent of our parent company. Some of our stories include affiliate links. If you buy something through one of these links, we may earn an affiliate commission.