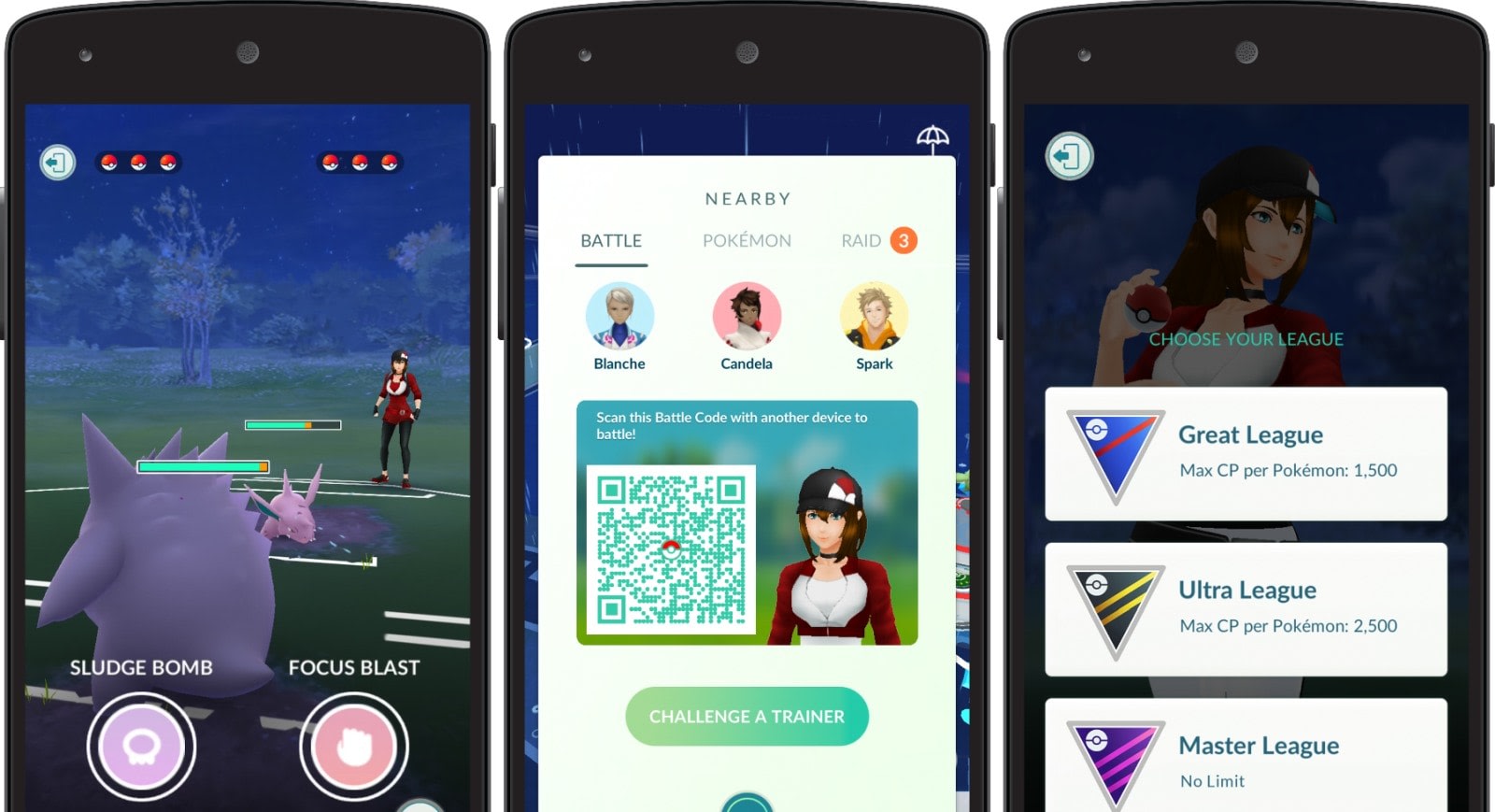 Over the last couple of hours, Niantic Labs has flipped all the switches and now Pokémon Go players worldwide can engage in PvP battles. They'll need to have reached at least level 10 before fighting, but as the company explained when they were announced, it limits CPs for competing Pokémon by dividing them into leagues to keep things balanced.

Real-time battles between players is something people have been anticipating since the augmented reality game launched in 2016, so it could reinvigorate a player base that has dropped off from its peak. If you play, you'll be able to take on people from your Ultra or Best friends list no matter where they are, while fighting others has to be done in person.

If you'd rather take on the computer then you can also fight the game's team leaders to gain rewards. Either way, you'll want to save up on in-game resources like Stardust and candies, using them to unlock new Charge attacks ahead of battles for characters like Dragonite or Tyranitar can cost 75,000 Stardust and 75 candies.

Attention: Level 10 will be the lowest level of Trainers that can access this feature. For Trainers levels 10 and below, we encourage you to keep catching Pokémon and exploring the world of Pokémon GO! We have no doubt that you'll be a level 10 Trainer in no time!

[Megathread] PvP Information is Here: What we know so far! Plus, announcing a sister subreddit: /r/TheSilphArena from r/TheSilphRoad

Source: Pokémon Go (Twitter), Pokémon.com
In this article: gaming, mobile, niantic, NianticLabs, pokemon, pokemongo, pvp, trainerbattle
All products recommended by Engadget are selected by our editorial team, independent of our parent company. Some of our stories include affiliate links. If you buy something through one of these links, we may earn an affiliate commission.