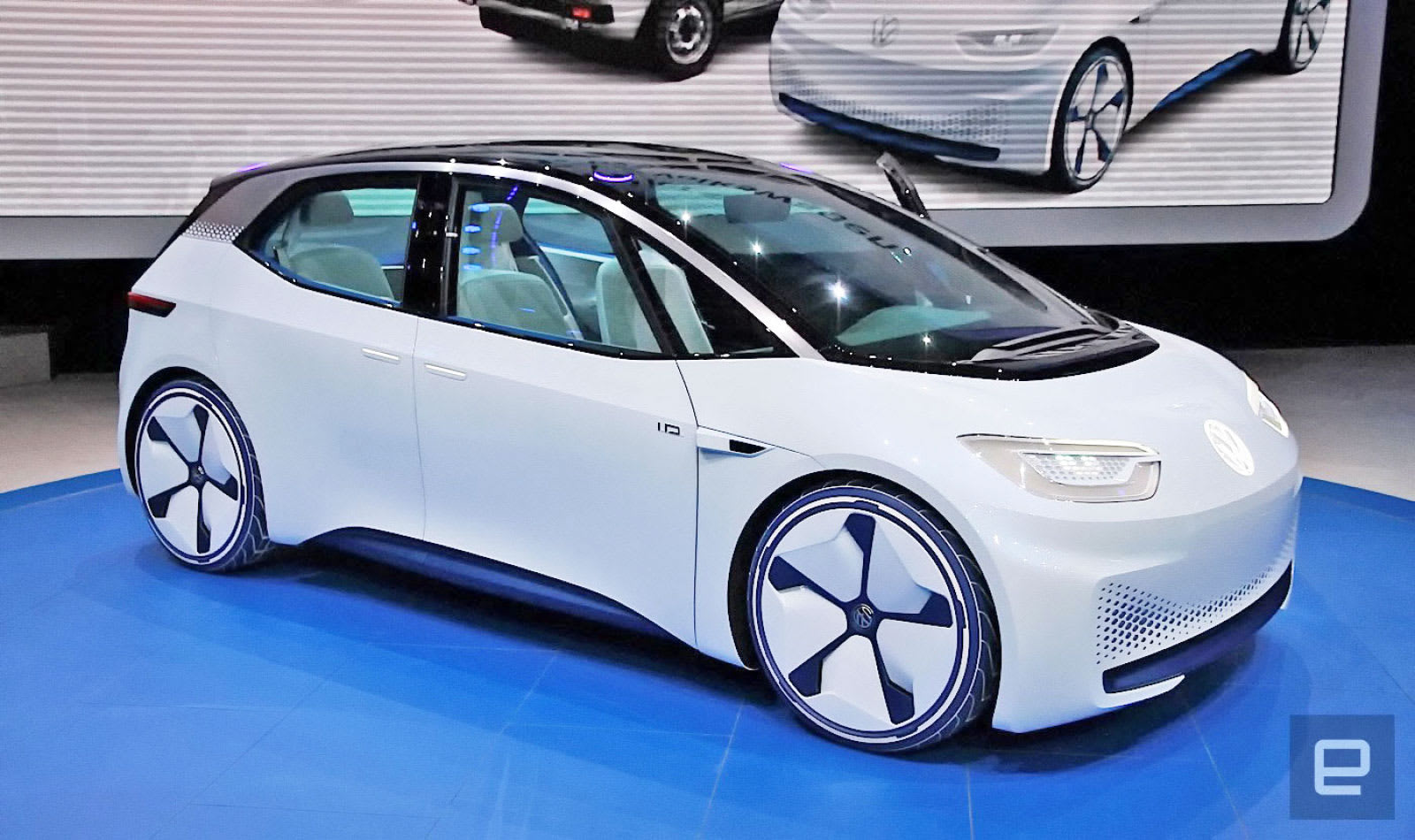 Volkswagen's Jürgen Stackmann has revealed a few key details about its mass-market I.D. electric car, including the range and how you'll buy one. It'll have a 550 km range by Europe's new WLTP method (345 miles), which equates to around 290 miles using more stringent EPA testing. The I.D. will also cost the same as "a modern Golf diesel," he said, which is between £19,000 and £25,000, ($24,000 to $32,000). According to Top Gear, the lower end of the price range will be for a model with a smaller battery that offers about 206 miles of range.

It's still not clear what the battery sizes will be, but VW has stated that all I.D. cars will be built on the same "MEB" platform, with battery packs available between 48 kWh and 111 kWh. VW previously said that the I.D. Buzz Cargo will come in short- and long-range versions with 48 and 111 kWh batteries respectively, offering 206 and 340 mile WPTA ranges. Ergo, it seems like the I.D. will come with the same battery options. (Renault's Zoe has a 41 kWh battery and offers similar range to the base Buzz.)

The #VWID offers a #range of up to 550 km for the price of a modern Golf Diesel, and will come on the market as a 100% #emissionneutral #eCar. /JS pic.twitter.com/EUkefmTYGP

You'll be able to order the first I.D. (rumored to be called Neo when it enters production), with a Tesla-like online ordering system. "VW customers will be able to choose between models, ranges, colors and specification packages with far fewer clicks," said Stackmann. "We want to think more like customers, and less like engineers."

The I.D. will top out at 100 mph, chosen because EVs lose battery life very quickly at high speeds. VW also said the battery will be liquid cooled and rated to charge at up to 125 kW (Tesla's Superchargers max out at 150 kW, by comparison), allowing you to get 250 miles of range in just 30 minutes. Customers will get a robust 11 kW home charging option.

Judging by the camouflaged version that's currently in testing, the production vehicle may look a lot like the sleek vehicle I first saw in 2016. That's because VW was well advanced in the design stages when it first unveiled the EV in Paris, the company told Top Gear. The ID will arrive in 2020 and be unveiled in 2019, so we'll no doubt hear a lot more details over the next year.

Via: Clean Technica
Source: Volkswagen (Twitter), Top Gear
In this article: ElectricCar, EV, gear, I.D., OTAUpdates, Range, transportation, Volkswagen
All products recommended by Engadget are selected by our editorial team, independent of our parent company. Some of our stories include affiliate links. If you buy something through one of these links, we may earn an affiliate commission.