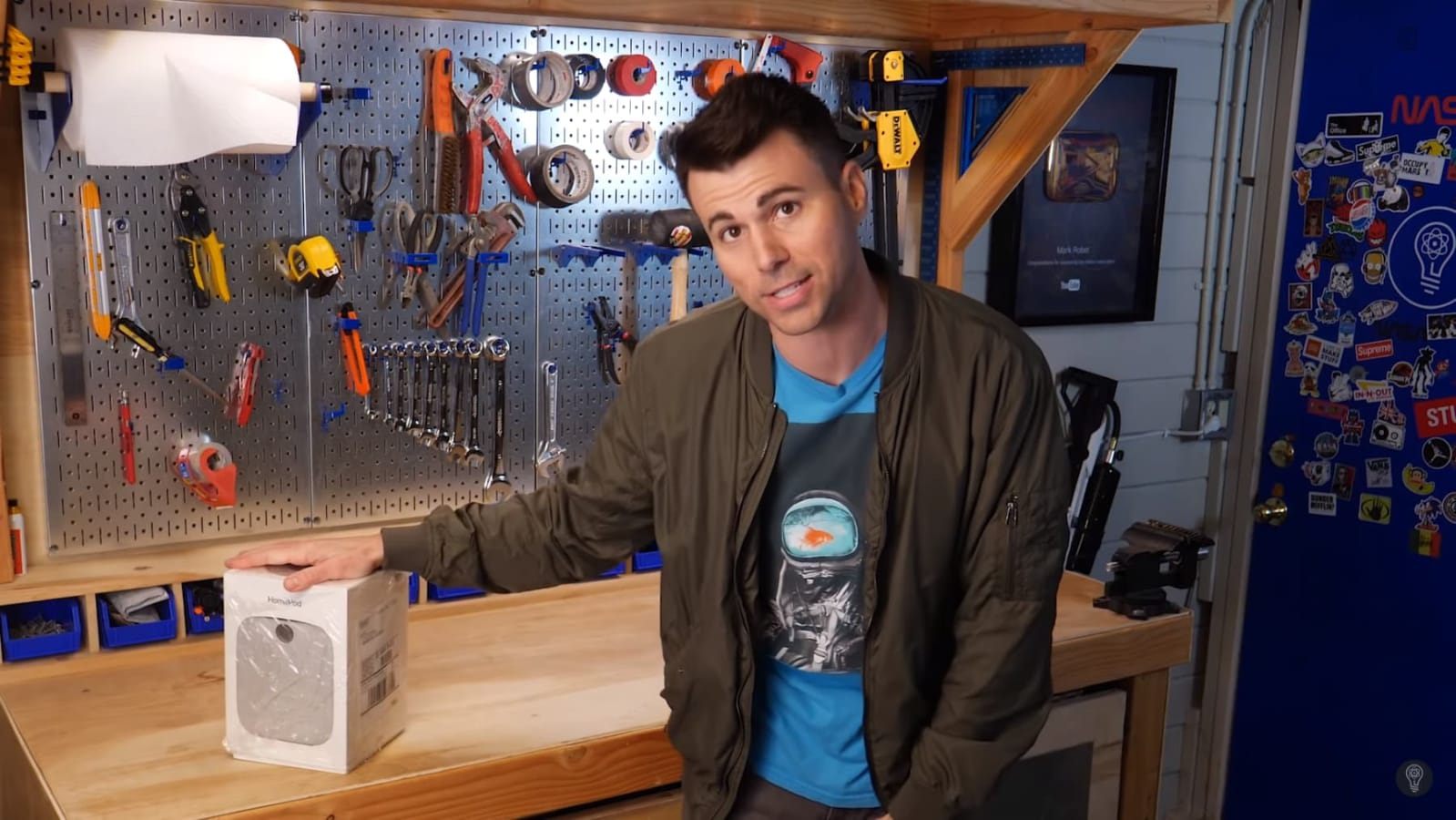 This week, it seemed the entire Internet rejoiced after a former NASA engineer created a custom glitter bomb designed to strike back against package thieves. His impressive invention resulted in a hilarious video of would-be criminals being coated in glitter and having their nostrils assaulted with a fart spray. But it seems the clip, which racked up more than 42 million views in just a few days, was a little too good to be true -- its creator admits parts of it were staged, seemingly without his knowledge.

Mark Rober cut around 90 seconds from the video and reuploaded it to remove a segment in which a friend of a friend borrowed the device. As it turns out, that person recruited their own friends to pose as victims. Rober apologized for the ruse.

"Ultimately, I am responsible for the content that goes on my channel and I should have done more here," he wrote in an apology tweet. "I can vouch that the reactions were genuine when the package was taken from my house."

I posted this as a comment response to my recent viral tweet/video but I'm posting it as a new tweet as well: pic.twitter.com/g2VHsQWh1z

Rober acknowledged the deception may have hurt his credibility and notes it's the first prank-style video he's shared in the seven years he's been running his YouTube channel. "I should have done more. Full stop," he said. "That is totally on me and I will take all necessary steps to make sure it won't happen again."

Before Rober verified the footage wasn't genuine, some sharp-eyed folks had suspected something wasn't quite right. An Imgur user suggested one of the so-called thieves lived next door to the acquaintance who borrowed the package, and the box was actually opened inside that acquaintance's home.

While the ruse seems to have been out of his hands, to an extent, it's commendable that Rober removed the offending footage and was forthcoming about what happened once he confirmed the deception. However, the incident won't do much to help the credibility of his channel or other future prank videos.

Via: Gizmodo
Source: Mark Rober (Twitter)
In this article: crime, engineering, faked, gadgetry, gadgets, gear, glitter, glitterbomb, home, justice, markrober, nasa. package, parcel, revenge, theft, thieves, viral, viralvideo, youtube
All products recommended by Engadget are selected by our editorial team, independent of our parent company. Some of our stories include affiliate links. If you buy something through one of these links, we may earn an affiliate commission.