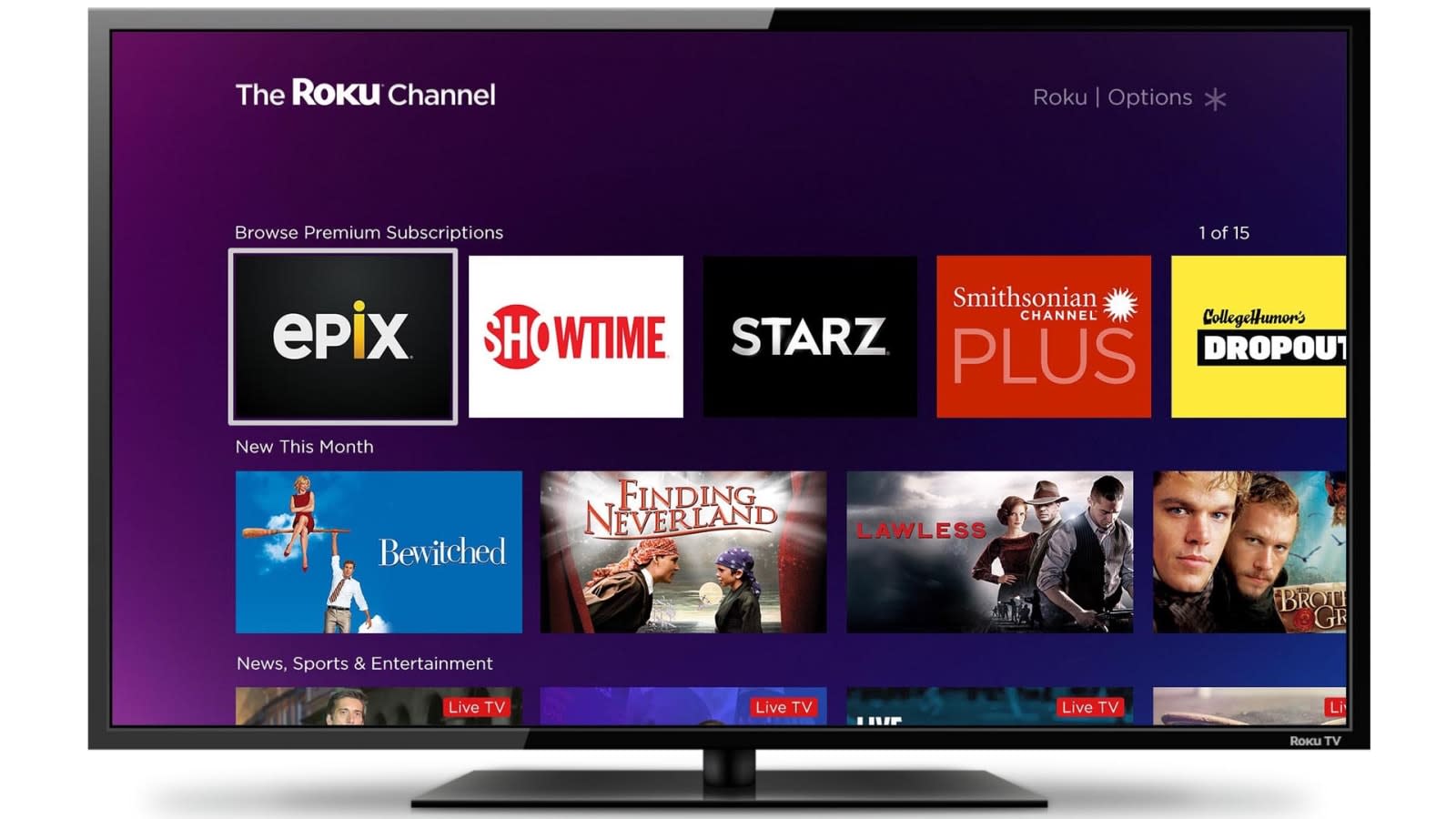 The Roku Channel has become a hit by offering free movies and TV shows. Now, Roku is taking the next logical step by adding premium subscriptions for 25 providers, including Showtime, EPIX and Starz. Starting late in January, Roku users will be able subscribe to those networks with a few clicks of their remote, afterwards their content will appear at the top of the Roku Channel.

It's a lot like subscribing to a premium network for Amazon Prime Video customers: The appeal is that everything you want is easy to get to. Roku says every premium channel will offer a free trial period of at least seven days, and they'll remind you before your trial period is up. Unfortunately, you won't be able to import an existing premium subscription into the Roku Channel. So if you're already using the Showtime app on a Roku device, just stick with that.

Additionally, the Roku Channel is also headed to the company's mobile app, which until now has mostly served as a virtual remote control. That's also expected to arrive in late January, and Roku says it'll be rolling out the premium channels throughout 2019.

While adding paid options to a free app might seem confusing, it makes sense for Roku to try and keep viewer eyeballs in one place. But for it to be truly compelling, Roku will need to fill some content holes like HBO and Cinemax. Its other premium offerings include FitFusion, Hopster and Magnolia Selects -- none of which are exactly household names.

In this article: av, entertainment, EPIX, Roku, RokuChannel, Showtime, Starz
All products recommended by Engadget are selected by our editorial team, independent of our parent company. Some of our stories include affiliate links. If you buy something through one of these links, we may earn an affiliate commission.