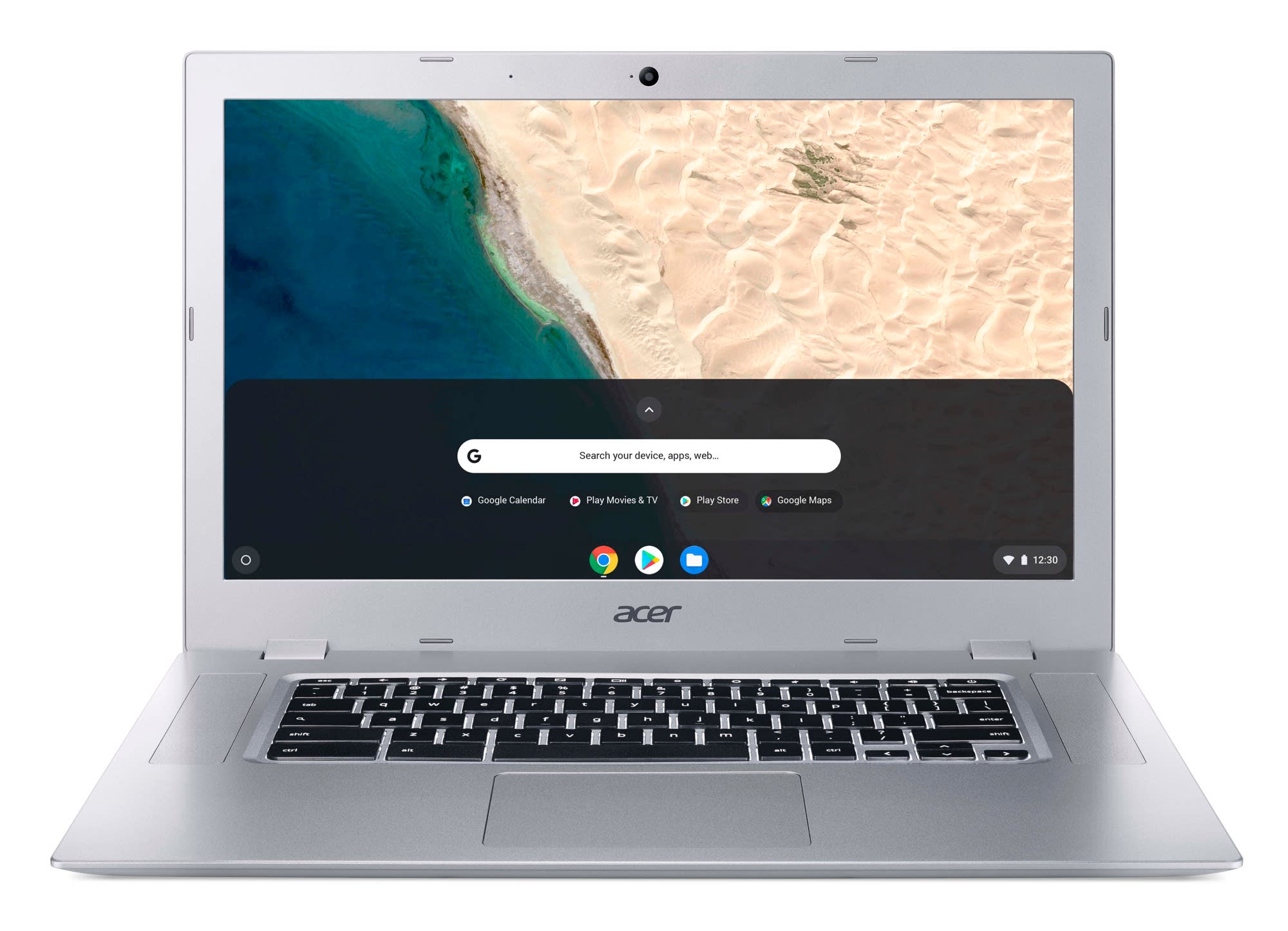 Acer has been making Chromebooks for years, and it says that its 15.6-inch models have been among the most popular it sells. So, no surprise that Acer is releasing a new one -- at least, no surprise until we discover the new Chromebook 315 has AMD silicon on the inside. Just like HP's new Chromebook 14, the Acer Chromebook 315 includes AMD's A4 or A6 dual-core processors with integrated Radeon graphics (R4 or R5, respectively). Basically every Chromebook worth buying has included some sort of Intel processor, so we're very curious to see how the AMD models compare. That said, AMD's processors generally are a little cheaper, and that's reflected in the price here -- Acer's Chromebook 315 starts at just $269. But do note that Acer is offering many different configurations here, and that the low-end model will have some notable compromises. While you can get the Chromebook 315 with a 1080p touchscreen, the default has the dreaded 1366 x 768 resolution which probably will look terrible on such a large screen. The default RAM and storage come in at 4GB and 32GB, respectively, which is probably enough for the most basic uses. But if you were planning to run Android apps or do a lot of multitasking, picking a model with upgraded specs is probably worth your while.

In fact, Android app performance is probably the biggest question about this new Chromebook. Given that Android isn't optimized for Intel, app performance has been hit-or-miss even on Chromebooks with powerful Intel processors. But running apps from the Play Store on an AMD chip is entirely untested at this point. Acer does mention Google Play compatibility in its press release, but how well it works in practice is entirely unknown at this point.

The good news is that, all these questions aside, there's a proven market of people who want a cheap Chromebook with a big screen -- for that crowd, Acer's latest will almost certainly do the job. Provided, of course, that the AMD processor works at least as well as Intel solutions have thus far. And Acer currently sells plenty of 15-inch Chromebooks, so it's hard to say yet how this one stacks up compared to the rest Acer's Chromebook 315 will be on sale in February in North America and in April for Europe, Africa and the Middle East.

In this article: acer, ces2019, chromebook315, chromeOS, gear, personal computing, personalcomputing
All products recommended by Engadget are selected by our editorial team, independent of our parent company. Some of our stories include affiliate links. If you buy something through one of these links, we may earn an affiliate commission.