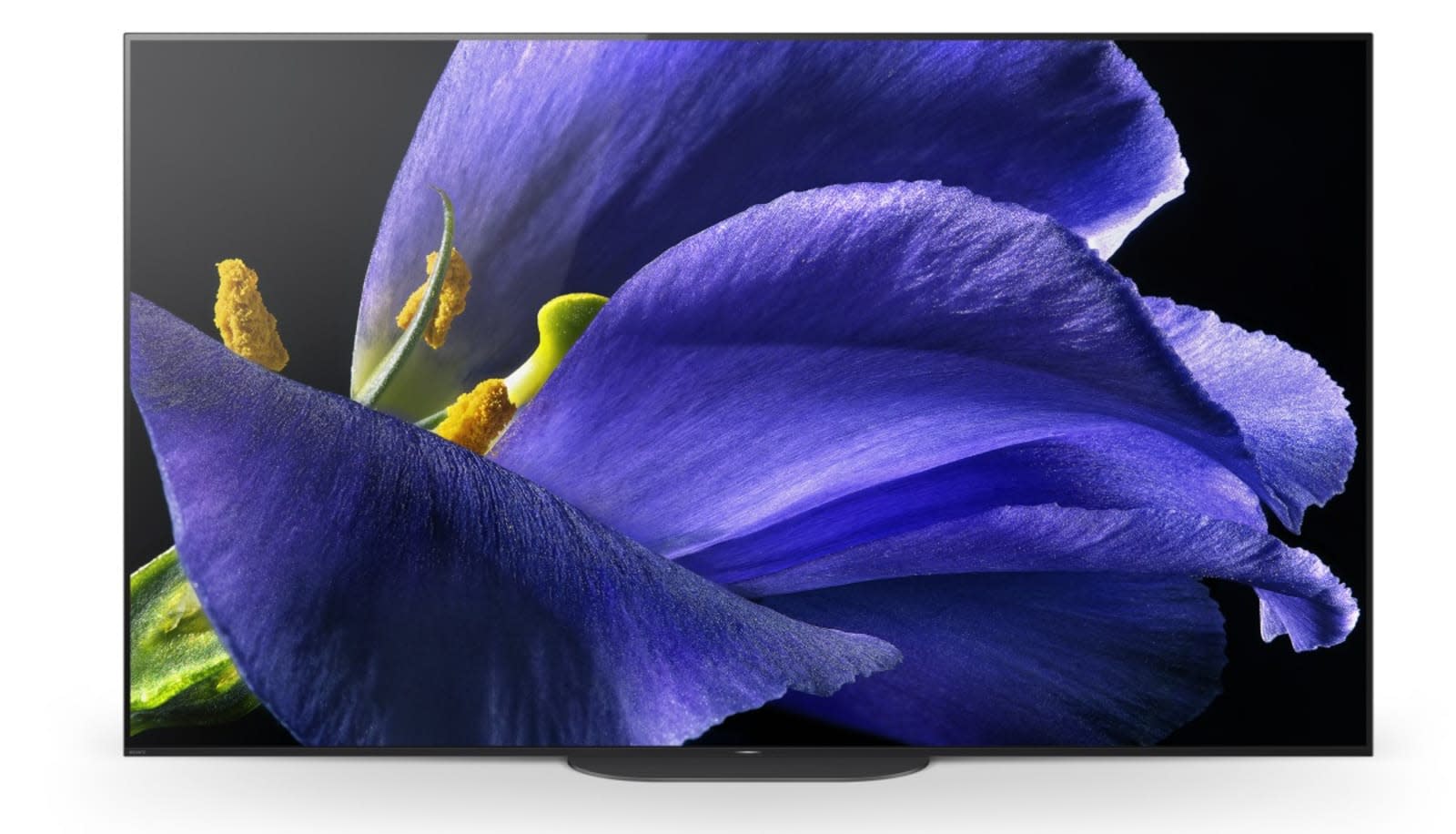 AirPlay is everywhere at CES 2019, at least when it comes to TVs, and Sony's latest TVs are no different. The company announced that its Z9G Series 8K LCDs, A9G Series OLEDs and X950G 4K LCD TVs will all add support for Apple's AirPlay 2 and HomeKit protocols later this year. Similar to what we've seen from others like LG and Vizio, that will let users easily integrate them with other smart home devices that are compatible with Apple's protocols, and use AirPlay 2 features like synchronized multiroom audio.

On Sony's TVs, this means blending Apple's tech with the Android TV platform they're based on. There's no technical reason why that can't happen, but it's an interesting wrinkle, and means that, like Vizio, users will have a bevy of options to choose between Google's Cast protocol and the Apple tech. Of course, a full-on iTunes app is still exclusive to Samsung's smart TV platform for now, but this is a start. So far there's no word on exactly when the feature will appear, or if it will extend to any older models, but we'll update this post if we get any more information.

In this article: A9G, airplay, airplay2, androidtv, apple, av, ces2019, entertainment, gear, homekit, mobile, smarttv, sony, X950G, Z9G
All products recommended by Engadget are selected by our editorial team, independent of our parent company. Some of our stories include affiliate links. If you buy something through one of these links, we may earn an affiliate commission.