Behind the wheel of Daimler’s upcoming electric trucks

Daimler has been very vocal that it's moving to electrify its trucks. From short- to medium-haul delivery vehicles to school buses, the company is making no bones that its future lies in EVs.

At CES, the partner company of Mercedes-Benz, Fuso, along with Freightliner and Thomas Built Buses gave Engadget the opportunity to drive the Freightliner eM2 electric delivery truck on the closed track. It's not the same as taking a vehicle like this in the open road, but I'm not really a delivery driver by trade, so maybe keeping me away from the general public is a good idea.

While the drive was short, it did showcase the capabilities of a vehicle that runs quietly and doesn't spew junk into the air. Like passenger EVs, the acceleration was smooth and the eM2 had plenty of the torque that's needed for a delivery vehicle. 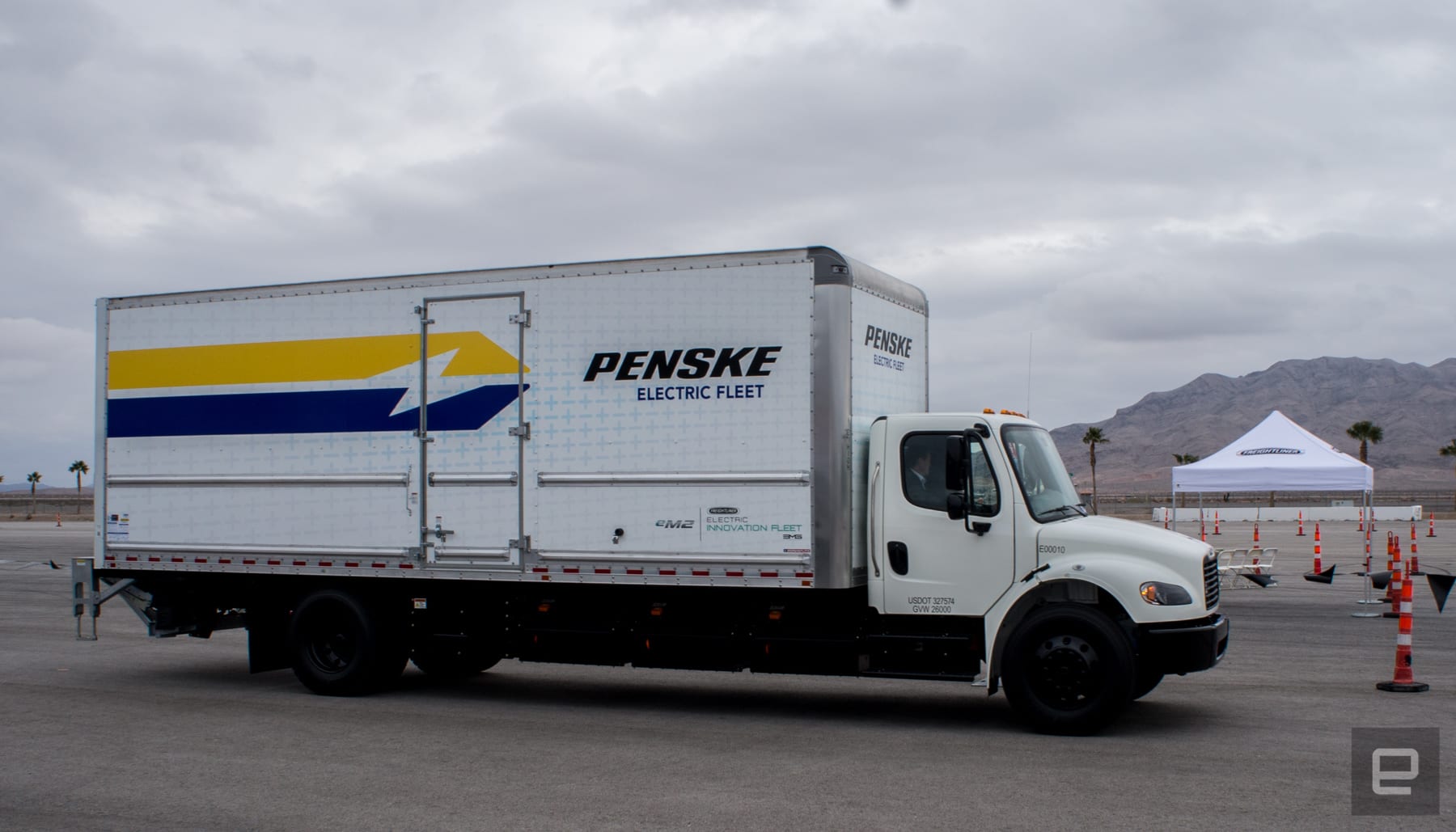 Behind the wheel, most of the knobs, buttons and features that an actual delivery driver would expect are there. The pilot program with partner Penske will be used to inform the automaker about anything that's missing, or how it should adjust the eM2 when it hits the market in two years.

That process is also part of Daimler's development of its large Class 8 eCascadia semi-truck. While I was unable to actually drive this vehicle, I did get a ride along. Like the eM2, the acceleration was smooth even with a trailer carrying a full load. Far smoother than the regular Cascadia that I drove about 30 minutes earlier that wasn't dragging a trailer behind it.

A decade ago, the idea of electrified trucks like the ones from Daimler seemed ridiculous. But the automaker along with Tesla and startup Nikola have shown not only they can be built, but that there is a market for these cleaner vehicles.

I drove a Freightliner Cascadia today. For some weird reason this started playing as soon as I turned on the ignition.

While my time behind the wheel was brief, it was enough to see that these vehicles are more than likely the future of transporting goods.