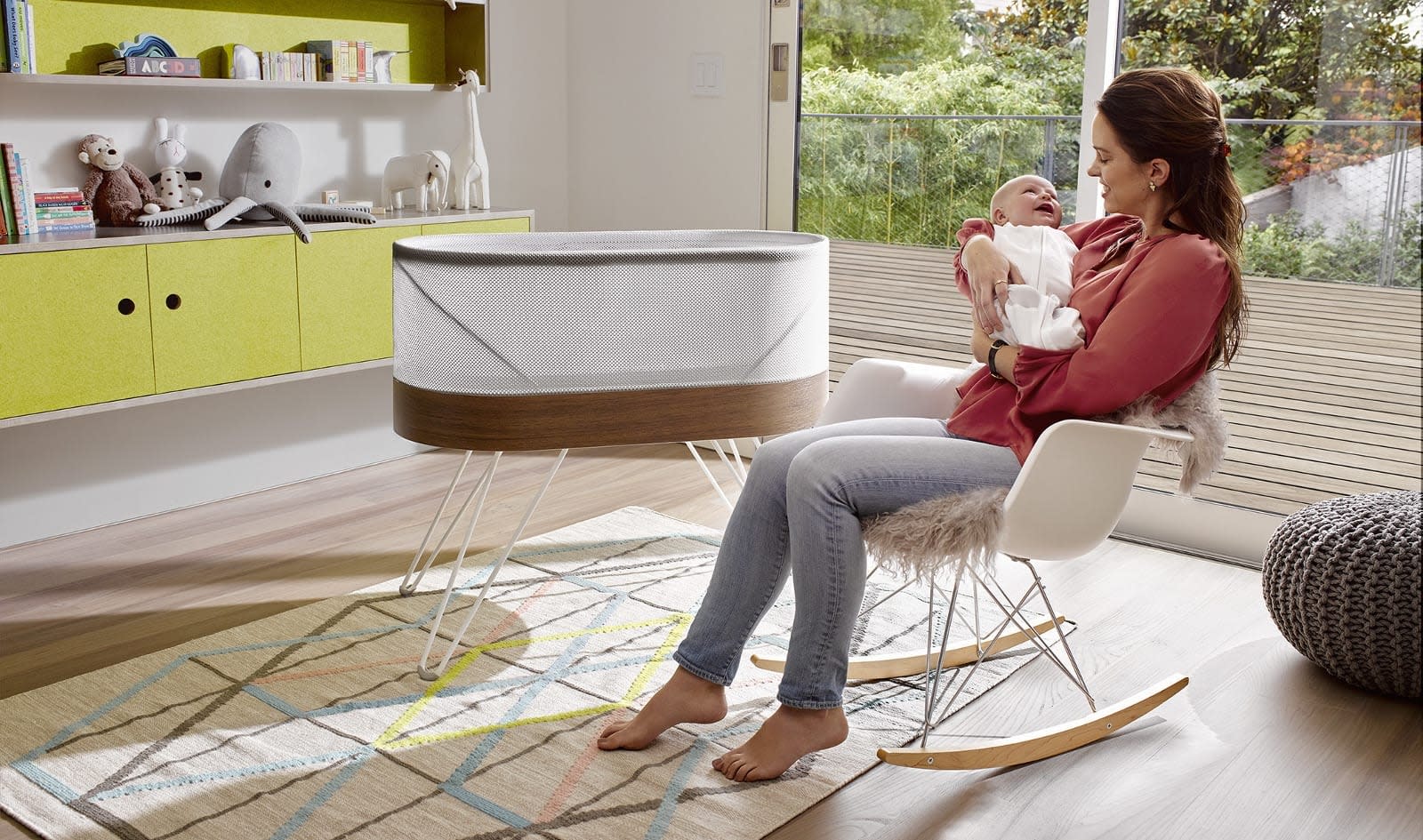 For new parents, the Snoo smart bassinet sounds like a dream. It keeps your little one safely swaddled, and it can rock them to sleep when they fuss at night. The only problem? It's $1,160. Now, Happiest Baby, the company behind Snoo, is giving parents the option of renting the bassinet for $149 a month. Yes, that's still pricey, especially when a normal bassinet typically costs under $200. But it at least puts the Snoo within reach of a new audience.

Given that the bassinet only works until babies are around six months old -- or until babies can get on their hands and knees -- renting is probably the wiser choice for most parents. You end up spending $894 on it over that period, and then you can get it out of your house easily once you're done. You can also keep the three swaddling sacks that the Snoo comes with, as well as its fitted sheet. And if you want to keep it around for your next kid, you can still choose to purchase it. If you end up renting the Snoo this January (or put in an order for later), you'll get a discounted rate of $98 for your first month.

In this article: gadgetry, gadgets, gear, HappiestBaby, home, smartbassinets, smartcribs, Snoo
All products recommended by Engadget are selected by our editorial team, independent of our parent company. Some of our stories include affiliate links. If you buy something through one of these links, we may earn an affiliate commission.