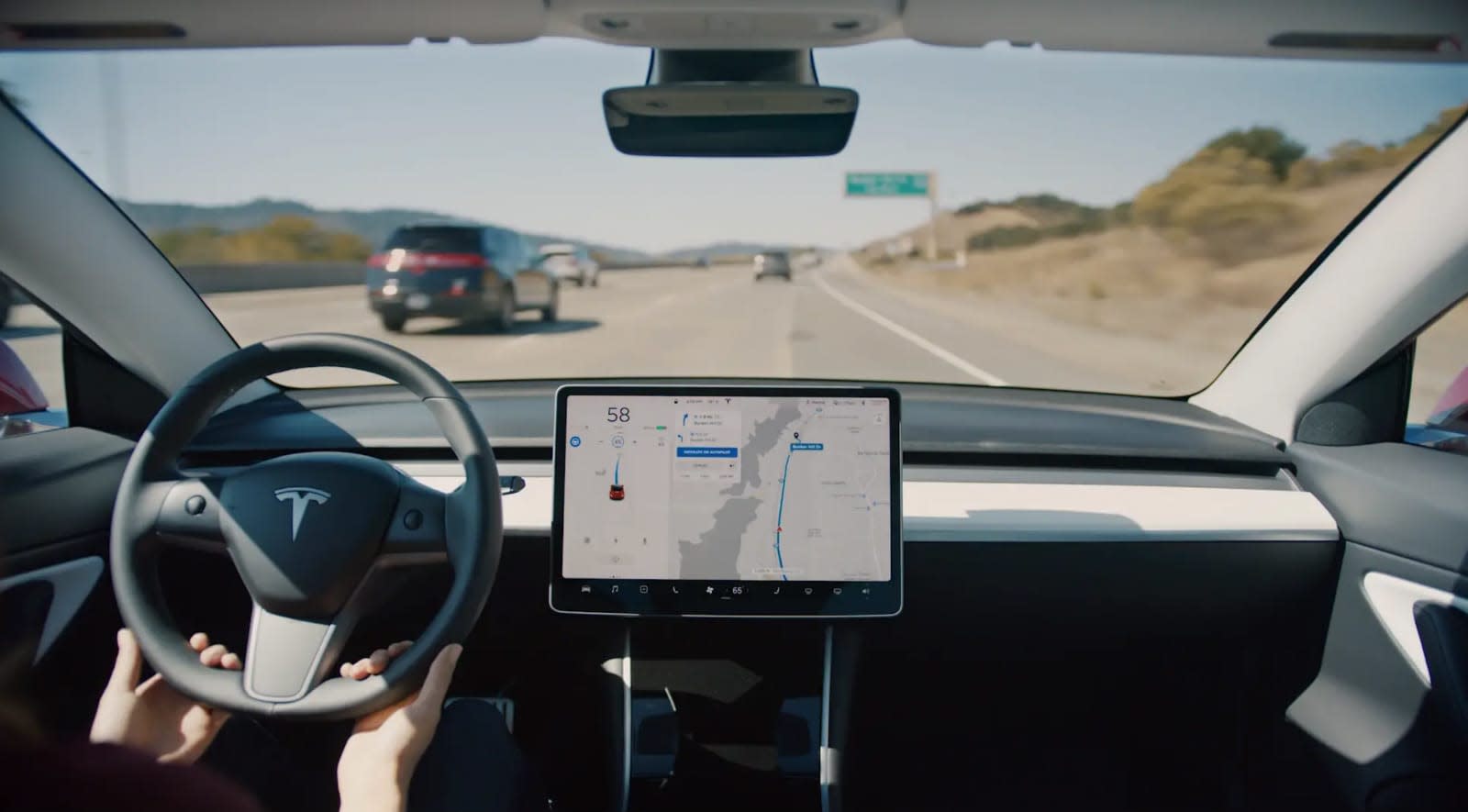 Elon Musk says Tesla is working on a "sentry mode" security feature that could let owners record damage and break-ins. The announcement came in response to a customer's tweet complaining of a dent to his Model 3 and suggesting a "360 dash cam feature while parked." To which Musk replied: "Tesla Sentry Mode coming soon for all cars with Enhanced Autopilot." He later clarified that the update would be available for all EVs with the Autopilot 2.5 Hardware.

Since it's part of safety & security, all cars with AP2+ hardware will get it

Going by the name -- a possible nod to the sentry mode on Iron Man's Mark 43 armor -- it sounds like the feature will either be an always-on dash cam function or will switch on automatically when it senses a blow or break-in to the vehicle. Musk, however, didn't elaborate on its workings.

Tesla introduced 360-degree surround camera views for cars with Hardware 2.5 as part of its October software update. The feature lets owners capture dash cam recordings from the car's front-facing camera, which can be saved to a flash drive that plugs into the vehicle's USB port. Pressing an icon saves a 10 minute clip, while holding it down pauses recording. The update also taps in to all eight cameras on every Model S, X and 3 to create a surround view of nearby cars, along with adding information from the side and rear facing cameras for blindspot monitoring.

In this article: autopilot2.5, dashcam, ElectricCar, ElonMusk, ev, gear, tesla, TeslaMotors, transportation
All products recommended by Engadget are selected by our editorial team, independent of our parent company. Some of our stories include affiliate links. If you buy something through one of these links, we may earn an affiliate commission.