Save some cash if you only care about performance and tech.

The recently refreshed Audi A6 (starting at $58,900) isn't quite as nice as the refreshed A7 with its cool Sportback rear or the A8 with all-wheel steering. But that shouldn't deter you from taking one for a spin if you're shopping for it's more expensive siblings. In fact, in the bang-for-buck roundup, it's probably the Audi sedan to buy if you're more interested in performance over luxury.

For the performance minded, the first version of the all-wheel-drive A6 to land in the United States will sport a 3.0 liter turbocharged V6 with 335 horsepower and 369 foot-pounds of torque -- the same engine available in the A7. A four-cylinder version will be available later. Off the line, its quick and the torque helped when I needed to pass slower vehicles. It's not a sports car, but it is a sedan capable of elevating your pulse in certain circumstances.

Handling is tighter than the previous A6. It tackles curves with ease, although I do wish there was a bit more feedback to the steering wheel. When not hitting switchbacks, the car produces a glossy ride while cruising through town.

The powertrain coupled with the sedan's ride results in a spirited luxury vehicle that's at home in the city, on the highway, navigating the back roads of Napa and even leaving from stop lights -- thanks to the automaker's continued use of hybrid tech.

Auto stops and starts are smooth because of the mild-hybrid 48-volt battery sitting under the trunk floor. This tech had made the once hated feature (the car would never start up as quickly as you want) into something that's not going to drive you bonkers. 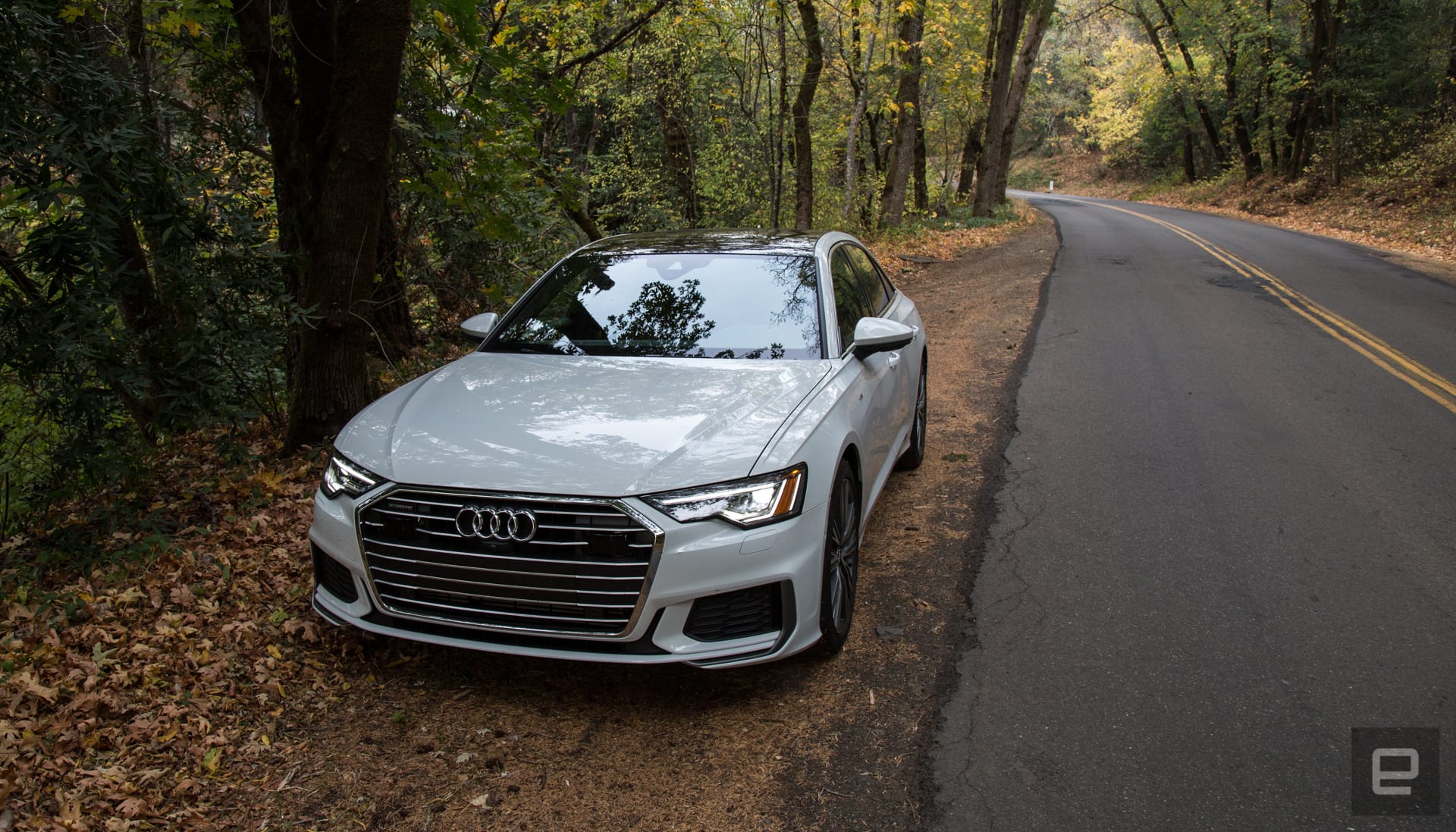 Audi has also added its latest MMI infotainment system to the A6. It's a robust system that spans two displays and now supports natural voice control. As we get more used to smart speakers in our homes automakers are scrambling to add that sort of conversational feel to their cars. You can say things like "I'm cold" and the vehicle will warm up.

But the move to digital means that Audi got rid of a lot of physical buttons. I've said this before, I'd rather have an actual set of knobs for climate controls. But Audi placed those controls in the lower MMI display near the where you rest your hand on the shifter. Your hand is situated right near the controls and because your hand is sitting on a base, it's less likely you won't tap the wrong control when you hit a bump.

Fortunately, there's still an actual volume knob. Nothing is sadder than cranking up your jam by tapping on a piece of glass. 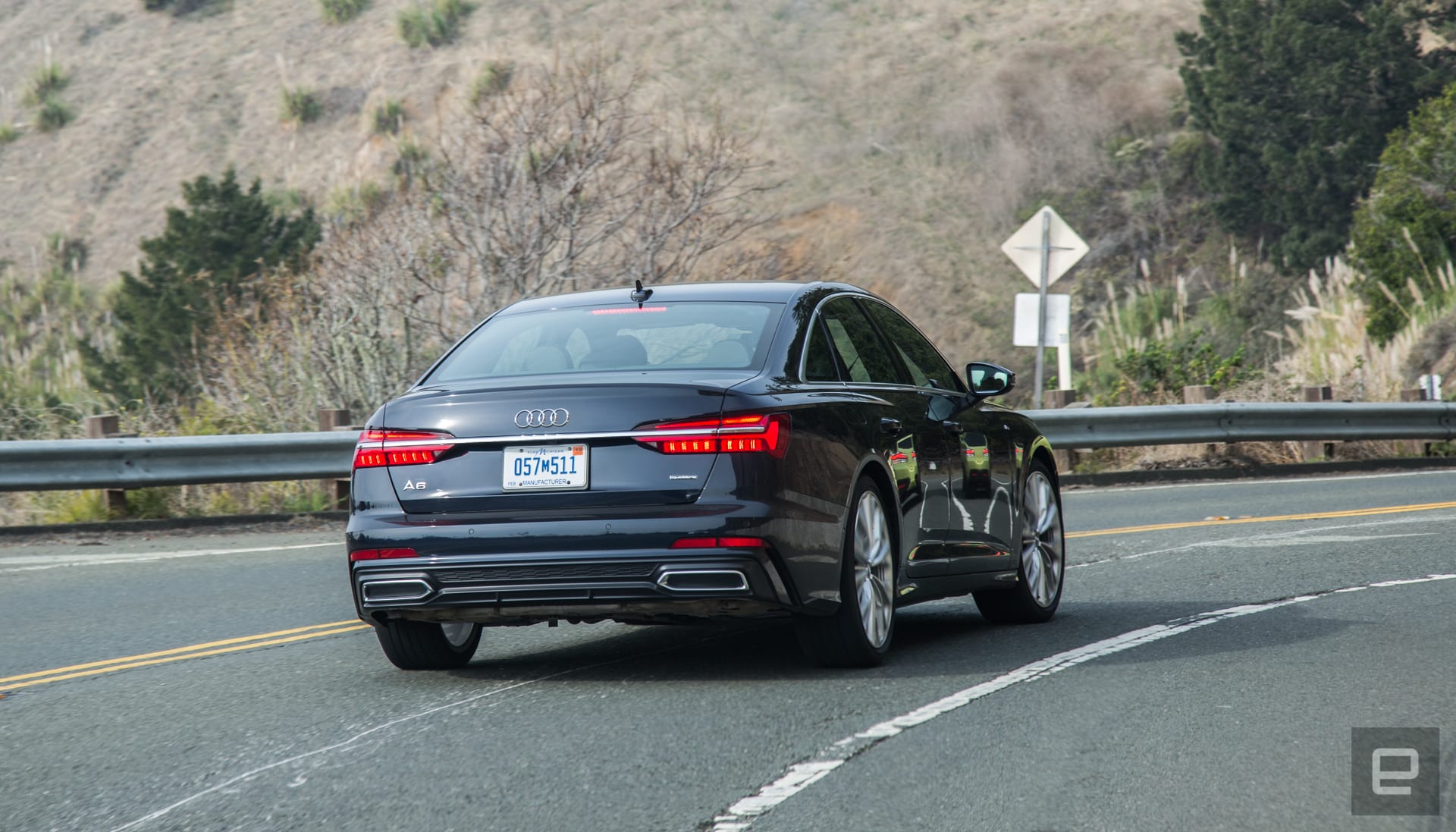 Overall Audi has taken its latest tech and placed it in a sportier A6 that's a blast to drive no matter what the environment. Plus, it's got the same engine as the A7 and is about $9,000 cheaper. The real decision is; just how fancy do you want to be?

All products recommended by Engadget are selected by our editorial team, independent of our parent company. Some of our stories include affiliate links. If you buy something through one of these links, we may earn an affiliate commission. All prices are correct at the time of publishing.
View All Comments
Audi’s A6 offers A7 performance for less money