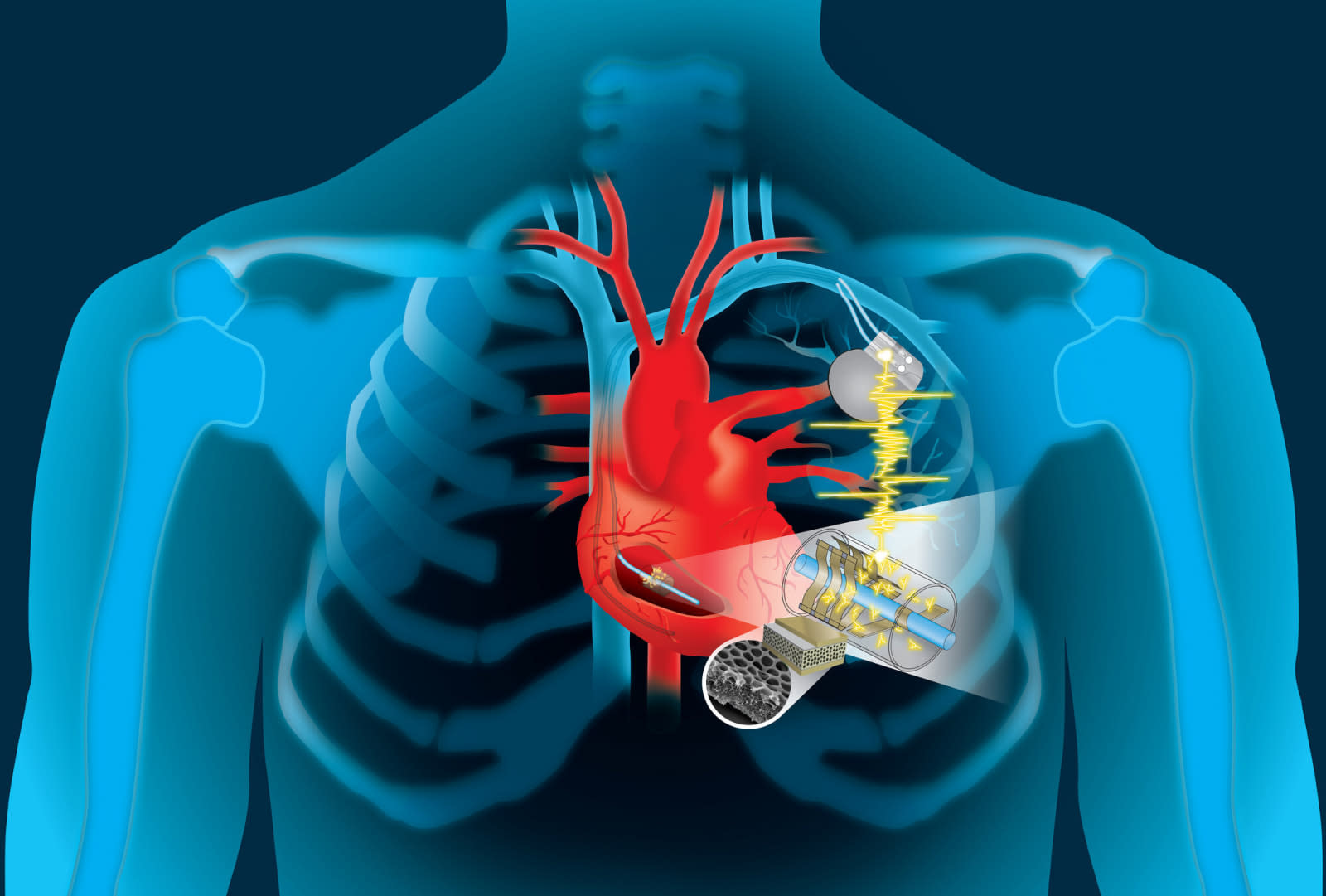 Millions of people around the world depend on pacemakers, defibrillators and other life-saving implantable devices. The problem is, their batteries need to be replaced every five to ten years, requiring surgery that's not only expensive, but carries the risk of complications and infections. Now, though, a team of scientists are developing an implantable biomedical device that can be recharged with energy from cardiac activity.

Engineers at Dartmouth College have invented a dime-sized piece of kit that turns the kinetic energy of the heart into electricity that could power a range of implantable devices. The invention works by adding a thin piece of polymer piezoelectric film, called "PVDF", to existing devices, such as pacemakers, which converts even the smallest motion into electricity. As well as "recharging" an implanted device, the same modules could also be used as sensors to collect real-time health data on patients.

"We knew it had to be biocompatible, lightweight, flexible, and low profile, so it not only fits into the current pacemaker structure but is also scalable for future multi-functionality," said research associate Lin Dong, who added that it is "of equal importance is that the device not interfere with the body's function." The team has just completed its first round of animal studies with "great results," and believes a self-charging pacemaker could be commercially available in as little as five years.

In this article: battery, biomedical, device, electricity, gear, Healthcare, implant, kinetic, medicine, pacemaker, rechargeable, tomorrow
All products recommended by Engadget are selected by our editorial team, independent of our parent company. Some of our stories include affiliate links. If you buy something through one of these links, we may earn an affiliate commission.