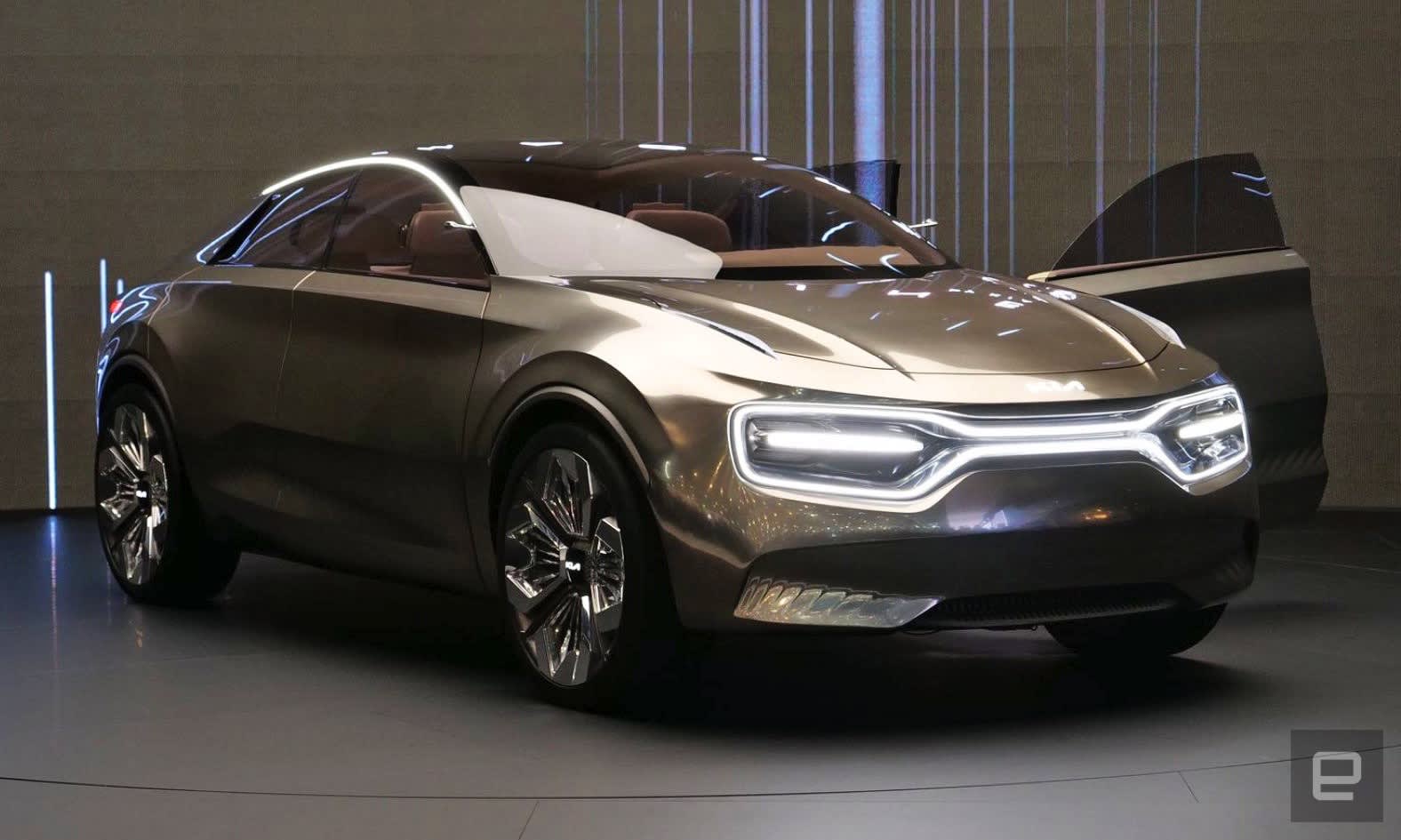 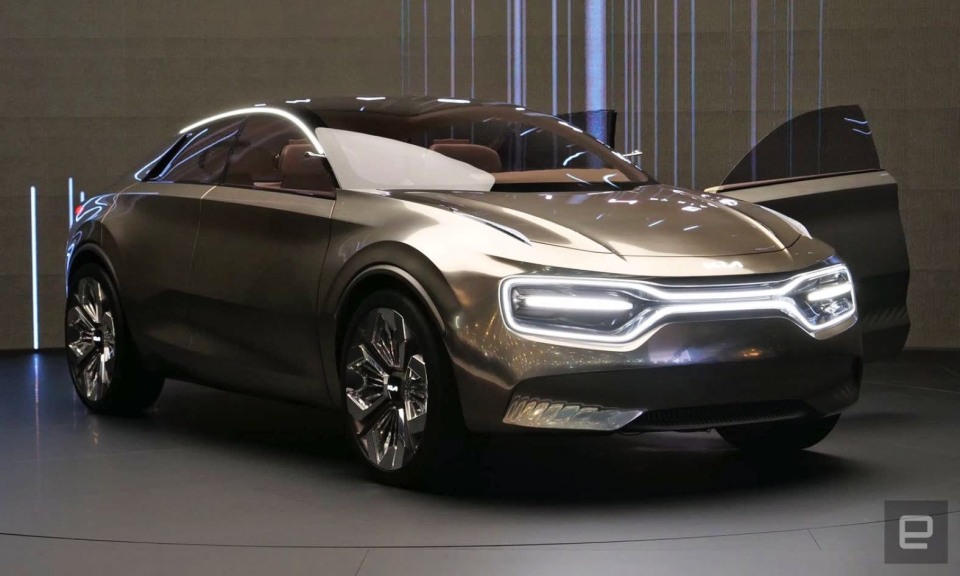 Kia threw around words like "emotion" and "surprise" to describe its latest concept EV, but the first thing I felt when seeing it was "confusion." On the outside, "Imagine by Kia" is a handsome, muscular C-class crossover that, if anything, is a bit conservative for a concept car. Inside, however, the interior fried my brain with its faceted seats, mirrored surface and bizarre array of 21 angled screens on the dashboard.

The highlight is without a doubt the displays, arranged in a rippling pattern across the dash in a way that's both "casual and coordinated," said Kia. They also serve to mock other automakers' cars, which is a pretty YOLO idea for a concept car. "These 21 incredibly thin screens are a humorous and irreverent riposte to the ongoing competition between some automotive manufacturers to see who can produce the car with the biggest screen," said interior designer Ralph Kluge. Other interior features include the "shockwave" faceted design on the silk and leather seats, which apparently feel more comfortable than they look. It's also got a "floating" center console with a mirror-like finish that frees up floor space, and copious storage via a trunk and front "frunk."

Outside, the EV's most notable features are its bulging fenders, rounded one-piece bubble roof/windshield, suicide rear doors, very stubby nose, high-mounted turn signals and fresh take on the company's 'tiger nose' grille. With smooth curving top line, it was designed to be as aerodynamically slick as possible. Kia didn't say much about the motor and battery, other than that it's "underpinned by a low-mounted, induction-charged battery pack that powers a compact drivetrain." Since the car will never be sold, that hardly matters anyway.

Imagine by Kia is the company's first EV concept, so it went all-in on the marketing-speak, too. "There's a great sense of tension and purity in the car's tautly-drawn sheetmetal and the crisp shoulder-line crease that runs around the entire car," said Kia design VP Gregory Guillaume. " I wanted to introduce an element to create a rippling effect in the metal, much like the shockwaves you would see if you threw a stone into a perfectly still mountain lake."

It would be easy to dismiss that as so much gobbledygook, but so far Kia has more or less walked its talk when it comes to EVs. We were quite impressed by its all-new Niro EV, calling it an "electric crossover for the people" thanks to its 240 mile range and zippy performance. If the Imagine by Kia is anything to go by, it's next-gen of EVs will look sharper too, but hopefully Kia will use just a couple of displays.

In this article: Concept, ElectricVehicle, EV, gear, geneva motor show 2019, ImagineByKia, Kia, MuscleCar, transportation
All products recommended by Engadget are selected by our editorial team, independent of our parent company. Some of our stories include affiliate links. If you buy something through one of these links, we may earn an affiliate commission.