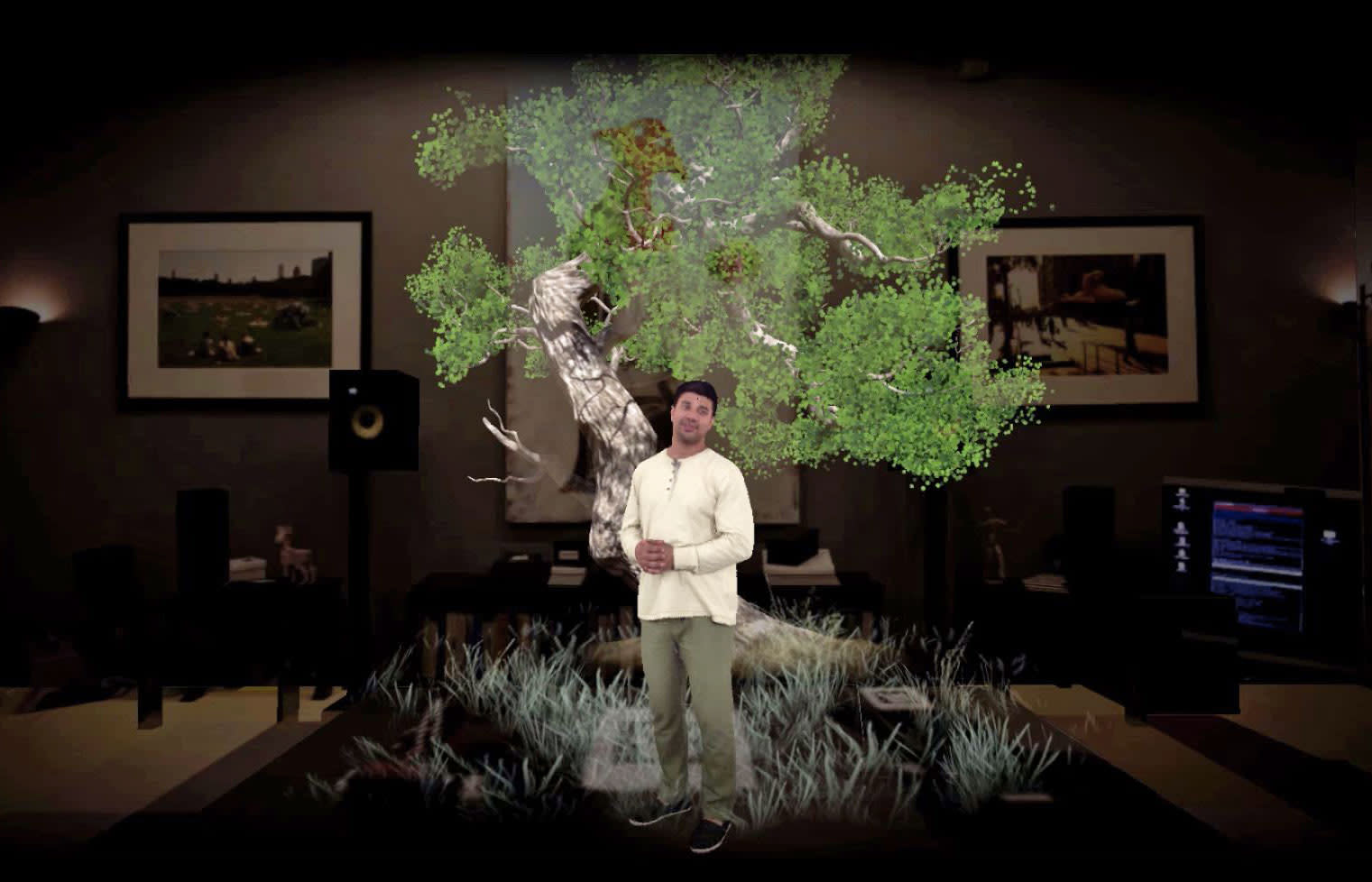 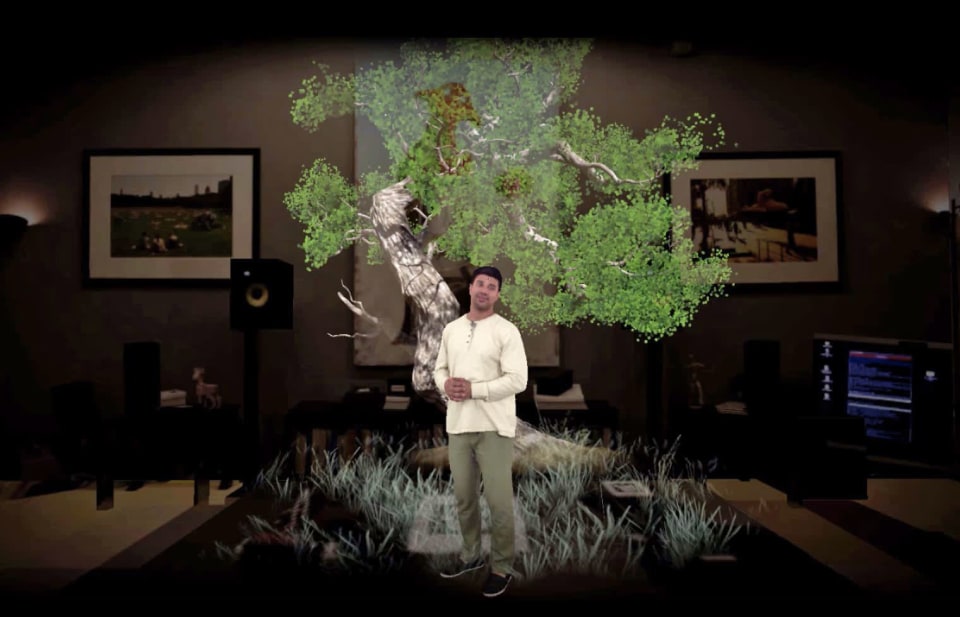 A grungy live music bar off Austin's 6th Street was the site of a stirring Shakespeare performance at South by Southwest on Sunday. "All the world's a stage..." began the actor, perched on a leafy pedestal. He was about a foot tall and only visible through Magic Leap One headsets.

"Tabletop theater" is what the the Royal Shakespeare Company has termed demos like this -- miniature productions that you can apparently watch anywhere -- and they are Magic Leap's first collaborations with the theater world.

"The Seven Ages of Man" first appeared at Sundance Film Festival last year. The three-minute experience shows a volumetrically captured actor reciting the famous speech from "As You Like It." As he describes the human passage through stages of life, a digital tree in the background blooms then slowly wastes away.

In another demo, "The Grinning Man," a theater stage about two meters wide appeared in front of the venue's bar, neon-glow in the background. A five-minute song from the West End musical called "Laughter is the Best Medicine" was performed by nine singing, dancing tiny actors. Andy Serkis -- the motion capture legend of Gollum fame -- directed the demo through his production company The Imaginarium Studios.

Wearing Magic Leap One, audience members stuck their faces right up to the video game-like characters, and maneuvered behind the virtual set for different angles, arms crossed. A man in Allbirds sneakers and a red chili pepper print shirt tried to grab at the stage.

Magic Leap touted the idea that these experiences can immerse the audience better than a 2D screen, or allow the flexibility of watching from different angles. But the narrow field of view and small figures on a stage that's meant to be viewed from the front anyway hardly make it a TV replacement.

Instead, these demos were more compelling as indicators of Magic Leap's intention to merge with traditional art forms.

"All we're doing is going ahead and creating more choice."

After years of hype and stealth, Magic Leap released a $2,295 headset last August. It has been creating a plethora of experiences since -- involving Sigur Ros, Meow Wolf and Star Wars to name a few -- in an effort to find the "killer app" that'll make it a de rigeur platform. In these two experiments, they've taken cues from the world of theater, a form which has a few millennia on mixed reality.

"These are just the very first steps," said Andy Lanning, executive creative producer at Magic Leap, who led both projects. "Our goal was: Can we create that sense of a performance?"

Lanning has ideas for what's next.

He's interested in real-time tabletop theater, a West End production in your living room as it takes place on stage -- similar to National Theatre Live, which already exists in cinemas.

Audiences sitting in theaters could also don Magic Leap headsets, allowing organic and synthetic production elements to merge. In "A Midsummer Night's Dream," Lanning says, a fairy could come out from the stage and fly in front of you. (He also warns, though, that "we don't want to oversaturate the experience").

And Lanning wants to create photorealistic volumetrically captured actors that the audience can also interact with.

Sarah Ellis, the Royal Shakespeare Company's director of digital development, said their goal was to expand the toolkit for artists. "All we're doing is going ahead and creating more choice," she said. 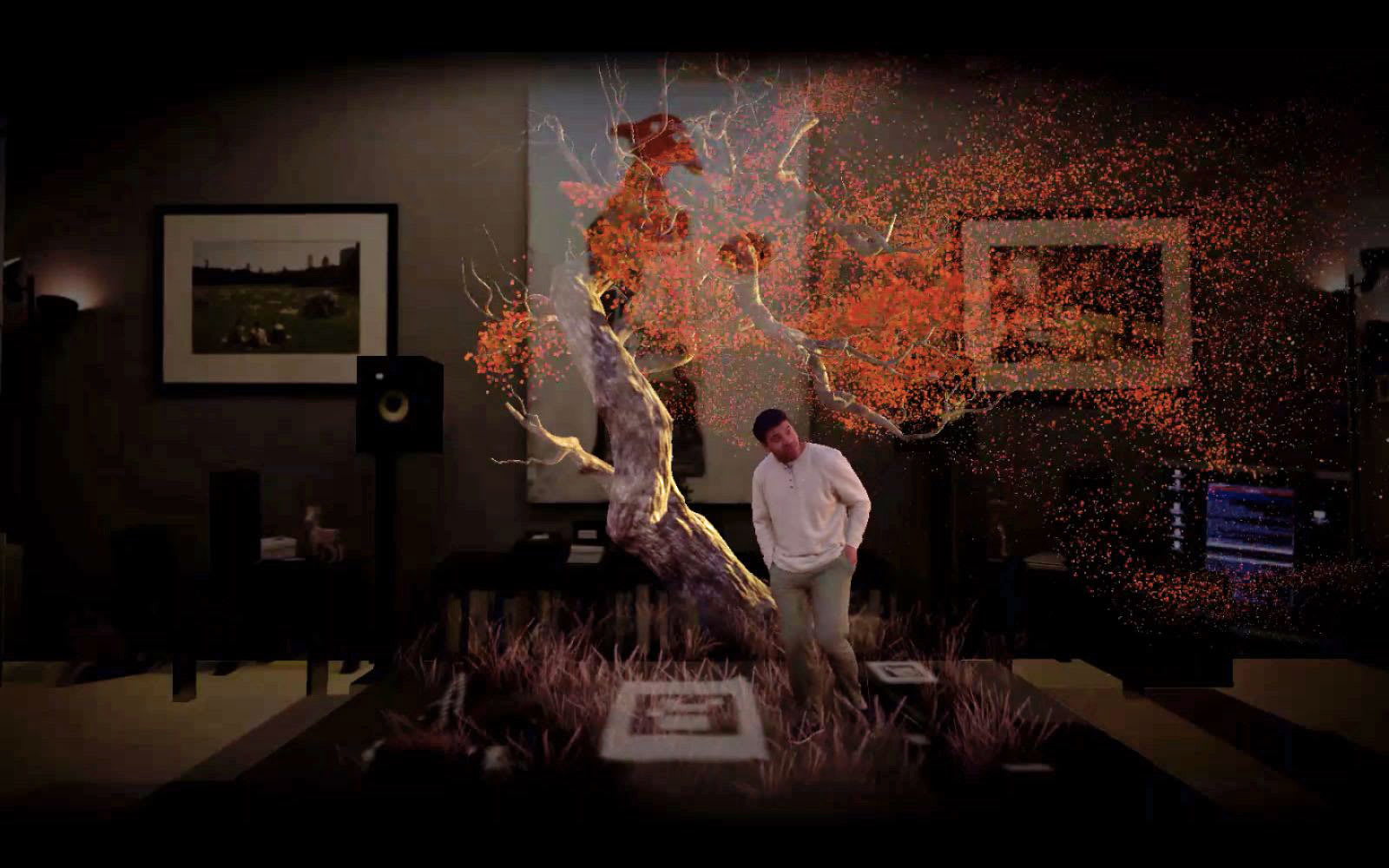 Tools like Magic Leap point to a bigger question. As Lanning puts it: "What is the natural, native form of storytelling that's going to emerge?" Early experiments in any new media technology are going to start by replicating old narrative forms -- like remaking the same musical, but smaller and holographic. More interesting is how technology can create an altogether new grammar of theater.

That shift likely won't be made solely by mixed reality. The future of theater doesn't hinge on one technology but the confluence of them. Lanning cites the UK's Secret Cinema as an organization that creates immersive theatrical experiences that start online, where you're assigned a character to play for the evening, before you're even physically present at the show.

The value of "The Grinning Man," then, is not just how an entire production has been photocopied for Magic Leap today, but what could be done with that motion capture footage in the future. "We've bottled that performance," Lanning says, and it could be used in anything from a video-game to a VR experience when the right idea comes around.

In this article: art, entertainment, imaginarium, magic leap, shakespeare, sxsw, SXSW2019, the grinning man, the seven ages of man, theater
All products recommended by Engadget are selected by our editorial team, independent of our parent company. Some of our stories include affiliate links. If you buy something through one of these links, we may earn an affiliate commission.