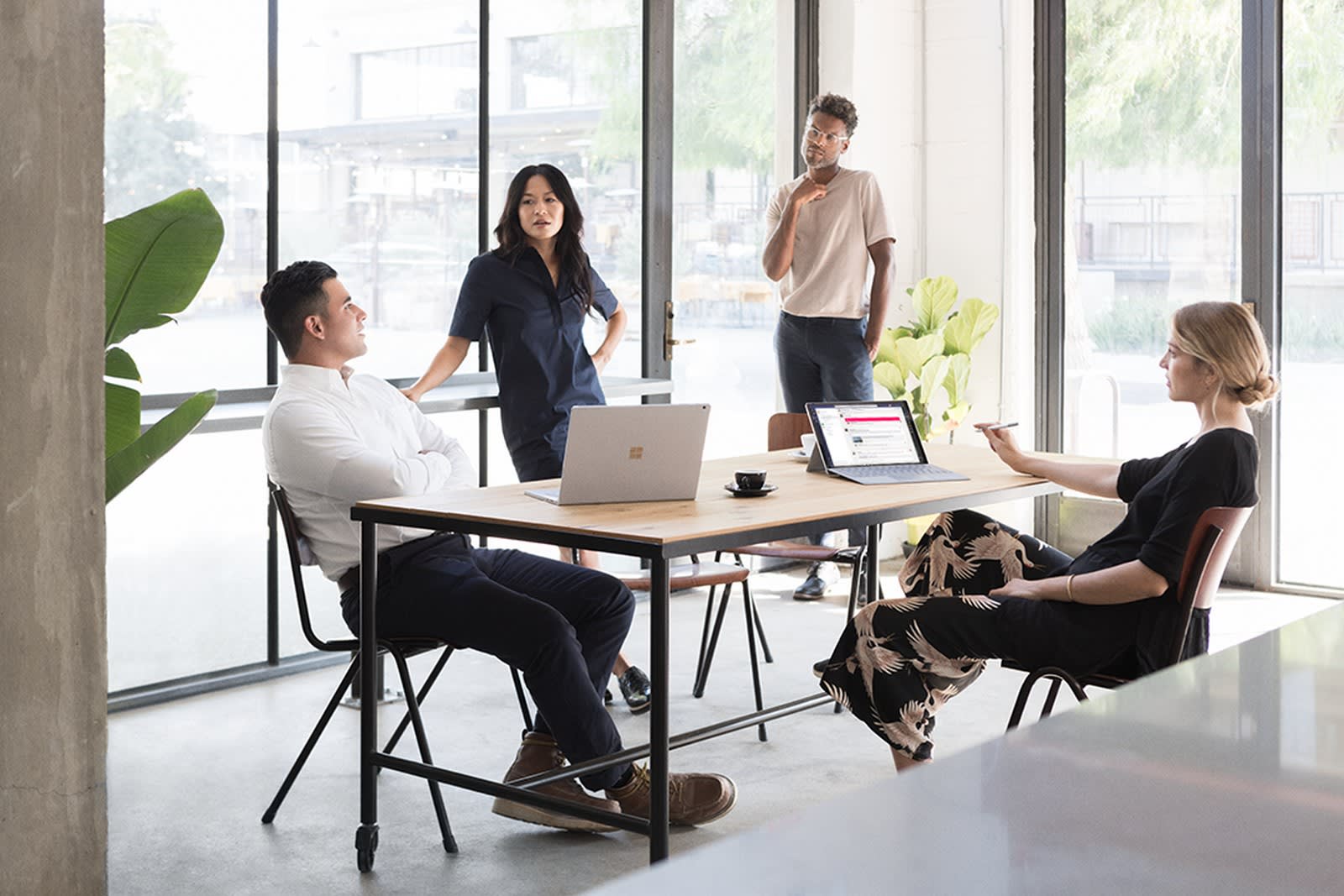 Microsoft Teams, the company's Slack-like workplace collaboration tool, is celebrating its second birthday this week. What better time to unveil new features? Some seem truly innovative, like being able to choose the background you'd like to use during a video chat (maybe to hide the fact you're calling in from a coffee shop). And others, like private channels, really should have been there from the start. But what's clear is that Microsoft isn't giving up on this space: It still wants to change the way we work.

The company says more than 500,000 organizations are now using Teams, including 91 percent of Fortune 100 companies. That might seem surprising if your life is ruled by Slack, but it's a reminder of just how young this arena is -- there's still plenty of room for competition. Microsoft says that a big reason large companies opt for Teams is that it's a part of their existing Office 365 subscription. If you're already paying for that, why would you pay more for Slack? Fittingly, Microsoft also announced today that the entire company -- all 180,000 employees -- has finally moved to Teams from Skype for Business.

Now to those new features: Custom backgrounds is an extension of the blurred background feature Microsoft brought to Teams and Skype earlier this year. You'll be able to choose from a variety of environments, as well as add your own company logos to look a bit more professional. As for private channels, Microsoft says it'll arrive later this year, and it's currently being tested internally. When I asked why it took so long to add such a basic feature, a Microsoft representative said that it was due to Teams being built for corporate compliance, not just communication. Perhaps they thought you wouldn't need private channels, since everyone on your Team should technically be a part of every conversation.

Additionally, Microsoft is adding the ability to capture whiteboards using any USB camera, which will allow remote viewers to see exactly what's being written down, even if someone is in front of the board. It'll digitally "focus, resize and enhance whiteboard images and text" when it arrives later this year, the company claims. And together with that feature, Teams is also getting Microsoft Whiteboard support, which lets everyone on a call collaborate in a single space.

Rounding out the new capabilities, Teams will also get live captions, which will let deaf and hard of hearing colleagues keep track of meetings as they're happening. The app will also get smarter about setting up information barriers to separate employees who might have conflicts of interest, and it's adding a Data Loss Prevention feature, which will prevent you from sharing sensitive information like credit card or social security numbers. Finally, there's Live Events, something Microsoft initially talked about last year. It'll let any organization instantly set up a broadcast that can be viewed by up to 10,000 people.

Even if you'll never end up using Microsoft Teams, it's a good thing for the the workplace collaboration market. You can bet Slack is going to take a closer look at some of those features eventually. Even if Slack is one of the first companies to make it big in this space, it still needs to keep its customers happy -- otherwise they can just hop over to the app that comes with Office 365.

In this article: business, gear, microsoft, Microsoft Teams, personal computing, personalcomputing, Slack, workplace collaboration
All products recommended by Engadget are selected by our editorial team, independent of our parent company. Some of our stories include affiliate links. If you buy something through one of these links, we may earn an affiliate commission.