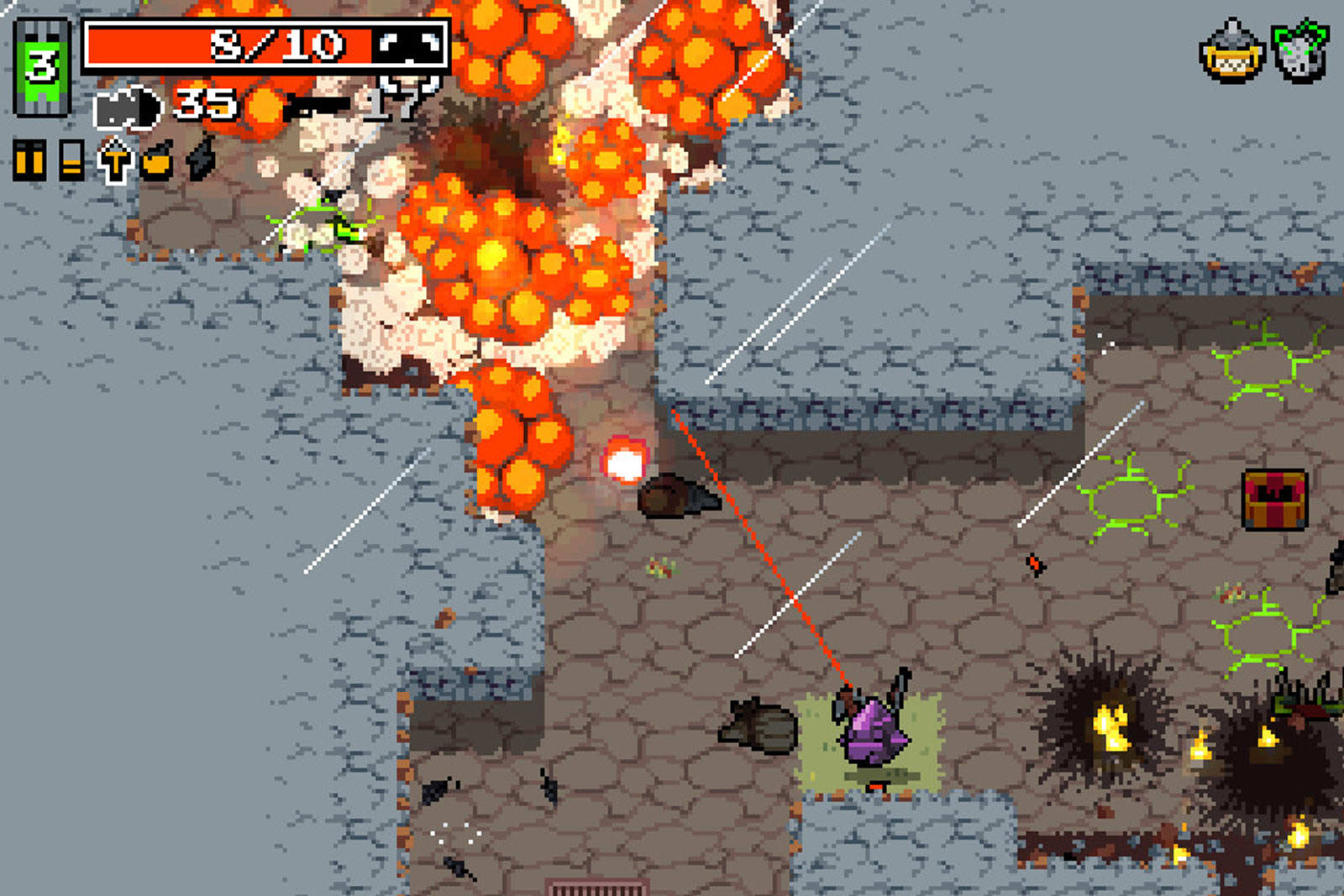 Vlambeer hasn't really had a presence on the Switch, but it's rectifying that in very short order. The indie studio is bringing three titles to Nintendo's current console, starting immediately with Nuclear Throne. While the top-down wasteland shooter is largely unchanged from what you've seen before, that's not a bad thing if you like its Robotron-meets-post-apocalypse vibe.

You can also expect a port of Super Crate Box in April, although this adds a slight twist to the formula you first saw in 2010: there's a Switch-only multiplayer mode.

The third game is brand new. Vlambeer Arcade is a collection of mini games that will expand over time, starting with a Space Invaders-style title (Ultra Bugs) that has you taking on a seemingly never-ending wave of enemies. It's due to arrive sometime in later 2019. No, it's not a major new title or a port of Luftrausers, but it might deliver a quick gaming fix during your commute.

In this article: av, games, gaming, gdc2019, nuclear throne, super crate box, switch, video, video games, vlambeer, vlambeer arcade
All products recommended by Engadget are selected by our editorial team, independent of our parent company. Some of our stories include affiliate links. If you buy something through one of these links, we may earn an affiliate commission.