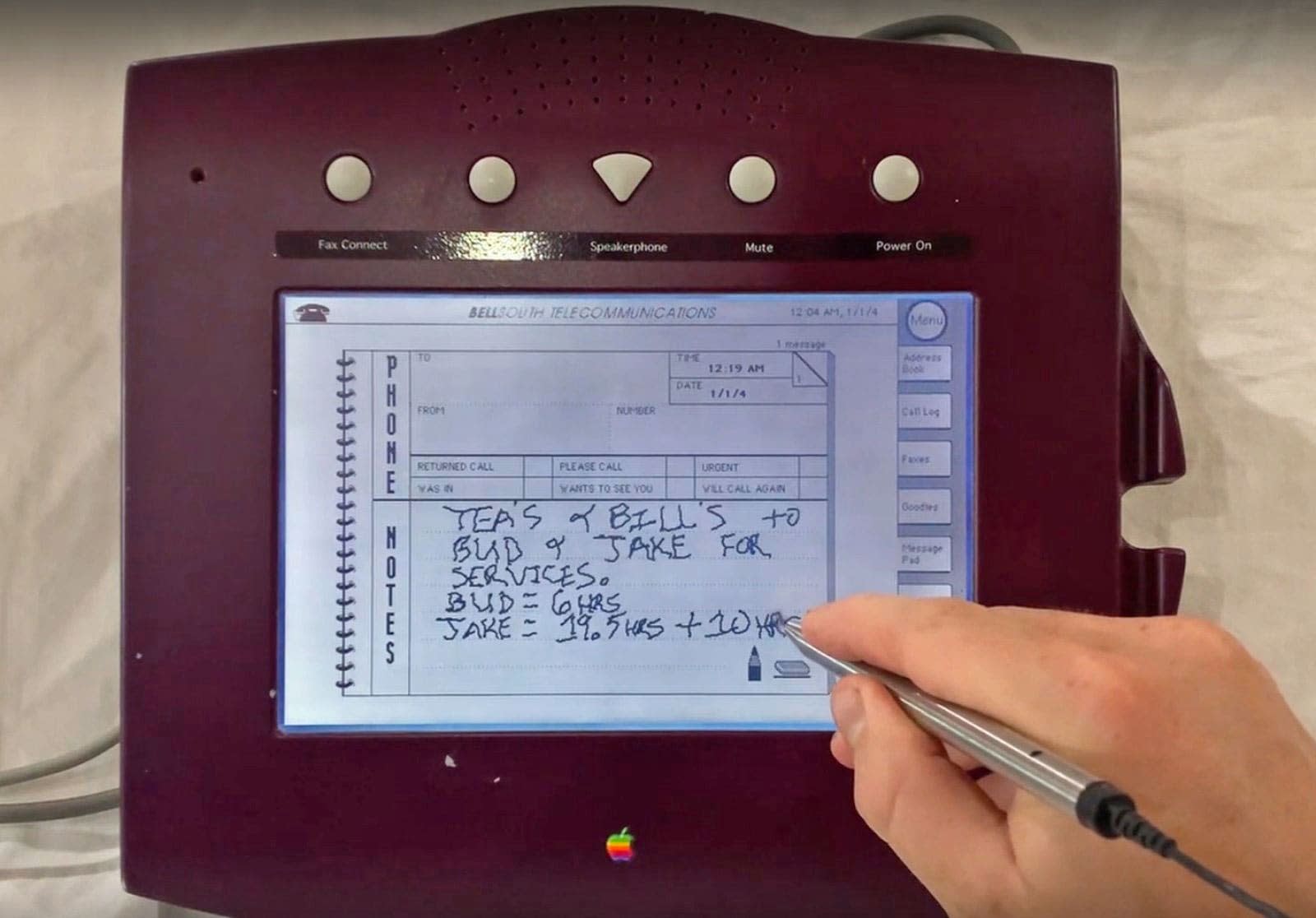 A 1993 prototype of Apple's W.A.L.T phone, or "Wizzy Active Lifestyle Telephone" can now be seen in a new video from Australian iPhone leaker Sonny Dickson. Apple unveiled the W.A.L.T. phone at 1993's MacWorld in Boston but it was never sold to the public. The early ancestor of the iPhone looked like a tablet but functioned as both a phone and a fax machine.

The video shows you a fully-functioning W.A.L.T. phone, complete with a touchscreen, a built-in address book, caller-ID and an attached stylus. The device had handwriting recognition, online banking access and even allowed you to customize ringtones. The W.A.L.T. came in both the classic white Mac color (a prototype which sold on eBay for $8000 in 2012) and the office-like gray shown in the video. The device had its own hard drive that ran on Mac OS 6 and was produced from Powerbook 100 parts.

Apple's W.A.L.T. phone was designed in partnership with BellSouth, a telecom company which was later acquired by AT&T. Before the days of email, fax machines were ubiquitous in American offices in the early 90s. Even though it looks primitive by today's standards, Apple's W.A.L.T. phone would have been cutting edge technology at the time.

In this article: apple, gadgetry, gadgets, gear, walt
All products recommended by Engadget are selected by our editorial team, independent of our parent company. Some of our stories include affiliate links. If you buy something through one of these links, we may earn an affiliate commission.