The phone seems to be a hit with users.

Our review of the Samsung Galaxy Note 9 was largely positive; reviewer Cherlynn Low found the handset impressive, calling it "one of the best phones of the year." With a "brilliant display," hearty battery life and speedy performance, the Note 9 did plenty to earn its lofty score of 92. Our December call for readers to submit their own reviews of the Note 9 also produced impressive results: We saw nearly 120 new scores and reviews for the flagship phone, most of them agreeing with Cherlynn. But they also tended to be harsher about the phone's shortcomings, resulting in an average user score of 87.

Let's start with the good stuff: Readers and reviewers alike were impressed by the upgrades to the S-Pen. Cherlynn liked both the addition of Bluetooth Low Energy and a supercapacitor that turned the pen into a functional and essential remote control. Many readers like Hariz agreed that it "adds so much to the user experience." More than a few even declared they loved the stylus (looking at you, Brandi, Matt and John). Adam said it was handy for taking notes during meetings or sketching, while Joshua said the shutter control from the S-Pen was "a real treat!" 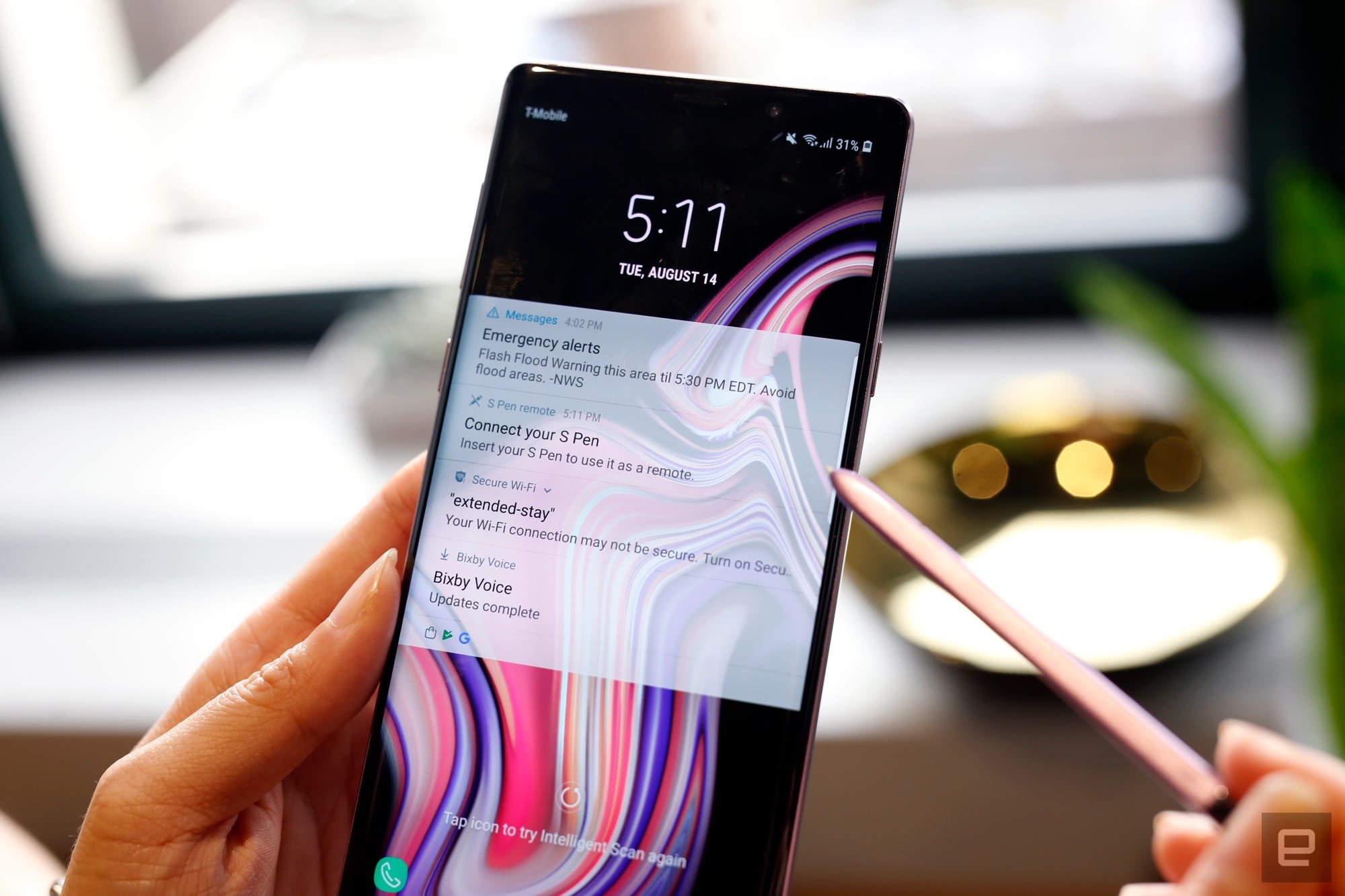 Another distinct trend in these reviews were the compliments on the Note 9's performance and battery life. Featuring a Snapdragon 845 chipset and 6GB of RAM, the Note 9 performed like "an absolute multitasking beast" for Cherlynn, and impressed user Christopher, who also said the handset's "speed is unbelievable, and the battery life is finally what all smartphones should have had for years now." David found the Note 9 to be "noticeably faster with every task," while users John and sachinbahal were impressed by its storage capacity and processing power. None of the user reviews complained about the amount of internal storage or the speed it was capable of.

"The two best things about the Note 9 are the battery life and the screen/image quality. I can honestly go 48 hours before charging my phone." -TN

While a few users like Dapo and William had battery issues, many others mentioned outstanding longevity in their reviews. Multiple users praised the battery life as incredible, great or game-changing; Joshua said it "is the best I've experienced on any smartphone"; TN said it was one of the two best things about the Note 9; and Jim declared it "the best of any Samsung device I've ever owned." In our battery tests, Cherlynn's Note 9 handset lasted about two days with average use and endured more than 15 hours in our video rundown test. Power user Matt had a similar experience when he "took the phone off the charger at about 4:30AM and went hunting in the cold, watched a few hours of Netflix when it was raining, used Google maps a lot and some other hunting apps, sent quite a few text messages and snaps and by 9:30PM there was still 20% left."

When it came to the phone's design, readers reported that the 6.4-inch device feels very large in use. Jim felt that if there were a downside to the Note 9, "it would be the size. This bad boy is almost impossible to carry in a pants pocket." But Ed said he was "willing to lug it around because of the huge screen and battery."

More than a few users had favorable things to say about the 18:9 Super AMOLED screen. TN said the Note 9's screen is "the best I have seen on a phone. The image quality is incredible. Colors are vibrant. Blacks are dark and crisp." Jim agreed that "it is actually an enjoyable experience to take in a movie or Netflix on this device," while William was more succinct, exclaiming: "The screen is OMG!" 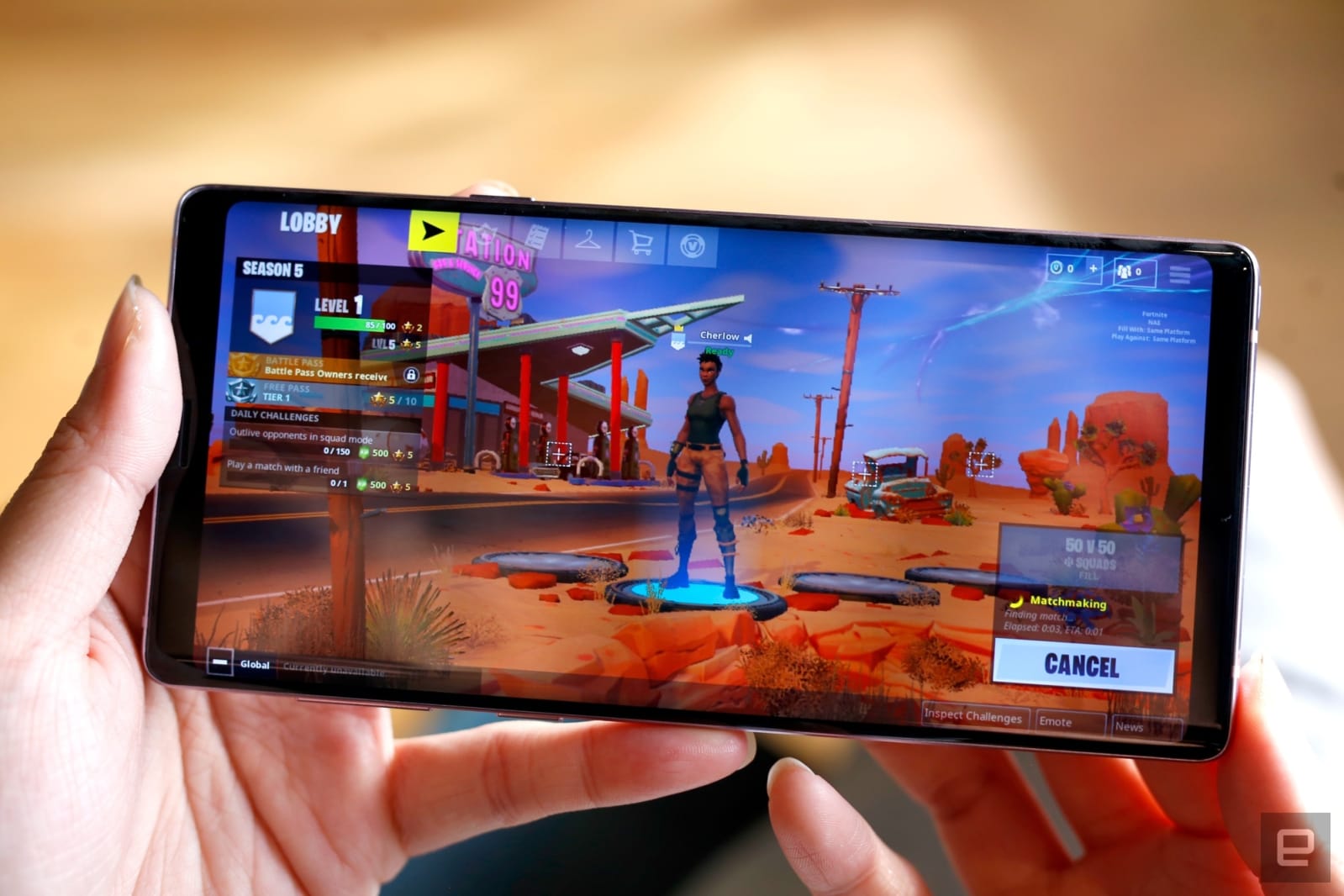 The Note 9 touts two 12-megapixel sensors (one telephoto, one wide-angle) and has Scene Optimizer software to enhance your images. In practice, multiple users like sachinbahal reported "great low-light performance," while 2Clever was pleased by the "more vivid" images. Erica said it "was a learning curve to get used to the beauty correction built in," and Christopher said "I know that the phone is processing images a bit" but insisted that "this thing takes better sunset pics than my DSLRs!"

Not everyone was a fan, however, with William calling the camera setup "hot garbage." Both Joshua and Joe reported issues with the camera functioning smoothly. William and Christopher both felt the camera "maybe doesn't have a fast-enough shutter speed when it comes to taking sports photos."

On the software side, the Note 9 ships with Android Oreo -- a "con" on our review card, but most users disagreed with us. Jyve reacted with a shrug and countered that "it works, and works well, and for once I don't feel the need to flash it." Ed was content to wait, saying Pie will "get here soon enough" and he doesn't "really mind that it shipped with Oreo." The Samsung suite of apps was less favored, with Muhammadhu calling them "less useful," GudieveNing reporting some glitching, and Matt saying he "disabled and uninstalled what I could."

"The keys to my acceptance and eventual real joy of this device was customization, killing Bixby, and secure folder." --Adam

An exception to the users' general dislike of Samsung's included software was DeX, which is easier to access on the Note 9 because of the handset's ability to connect to an external display using an HDMI to USB-C converter. Users largely liked DeX; David called it "amazing," while Dapo said "this iteration is a brilliant plug-and-play setup without the need for a separate clumsy workstation." rtimi is using DeX mode to set up a blog, while Lee, a developer, uses "Linux on DeX quite a lot" as it's "a quantum leap forward and means I can carry a PC in my pocket." However, Joshua felt DeX was "peculiar," and Joe was disappointed to "never see any [accessory] advertised for DeX."

Even so, that goodwill did not extend to the dedicated Bixby button, which Cherlynn called "wack" and "still kind of a mess." Users didn't go any easier on the assistant, with Keith saying it was "too late to the party," Liam proclaiming it "still raw and with a lot of mistakes," and Kevin declaring it "the worst hardware decision of any major phone manufacturer this year." Bixby "sucks," is "useless," "awful" and "annoying," according to Matt, Roy, Praneeth and Jyve. Kevin at least thought that Bixby "has some incredible use cases" and advised "don't make this your deal breaker on such an incredible device," while rtimi said they "love the Bixby button for what I can currently use it for: I have quick commands like using it to control my smart devices." 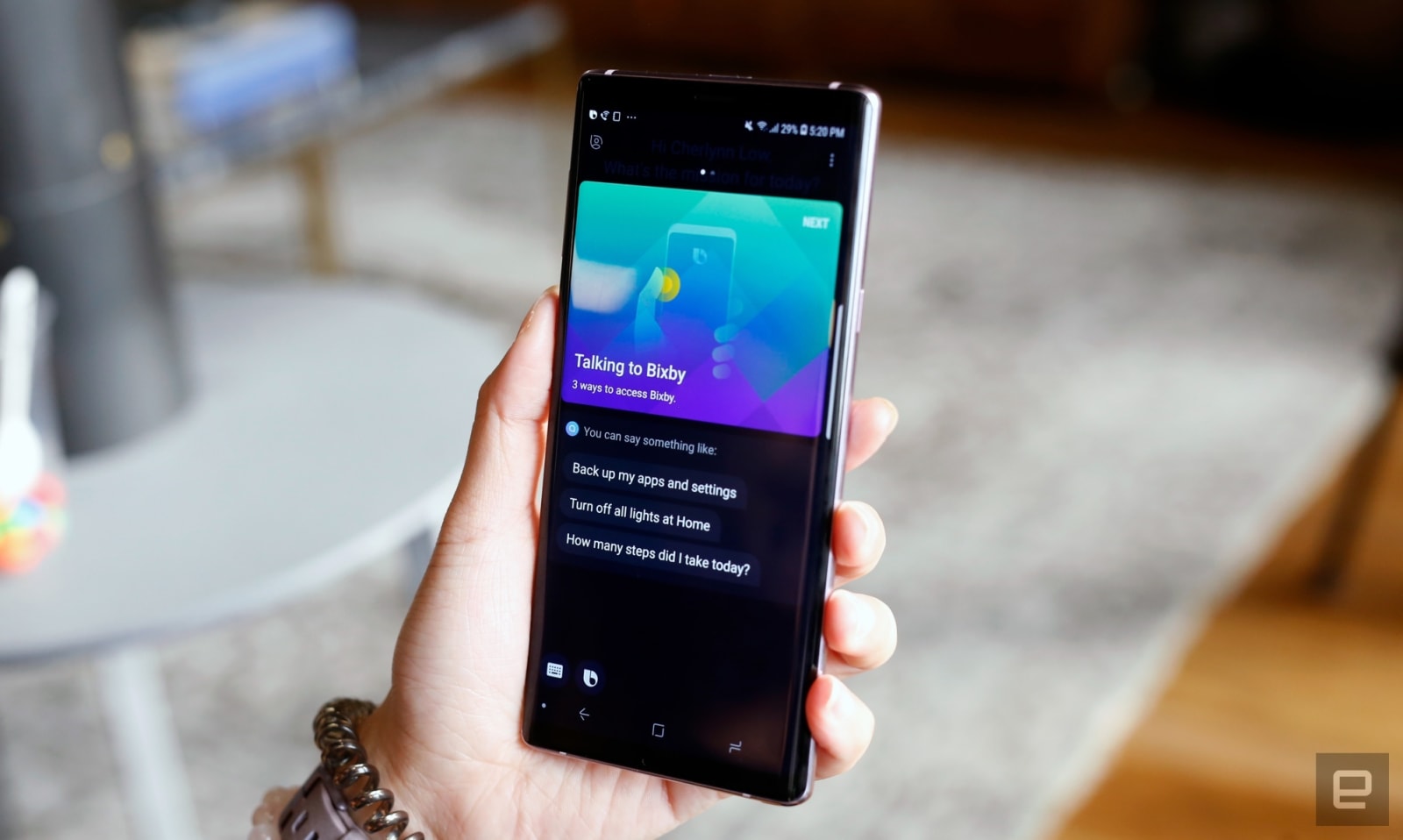 As for using this smartphone as an actual, you know, phone, a few owners had issues. Patrick mentioned frequent dropped calls, and Logan experienced poor reception inside a steel structure. The speakers garnered a few mentions, though, with Erica experiencing "amazing" audio quality, Rovi saying it was "very good," and Kevin mentioning that the dual speaker setup gives a "louder and better audio experience." Ed felt the speakers were "pretty good for such a small device."

Overall, those who had upgraded to the Galaxy Note 9 were enthusiastic about their choice. Vincent009 was "very happy to upgrade from the Note 5. I love the expandable SD memory card, headphone plug and pen stylus." Daniel, who has owned several Note handsets, said the 9 is "without a doubt the best yet." And while Joshua said he's never been a big Samsung fan, "this device has somewhat changed my mind." Chris was also effusive, stating he "had to get it, and I have absolutely no regrets. In the four months since I unboxed this juggernaut of technology, I have found the Note 9 to be a pocket computer that is the perfect blend of fun and functionality... Hats off to Samsung."

All products recommended by Engadget are selected by our editorial team, independent of our parent company. Some of our stories include affiliate links. If you buy something through one of these links, we may earn an affiliate commission. All prices are correct at the time of publishing.
View All Comments
Our readers review the Samsung Galaxy Note 9