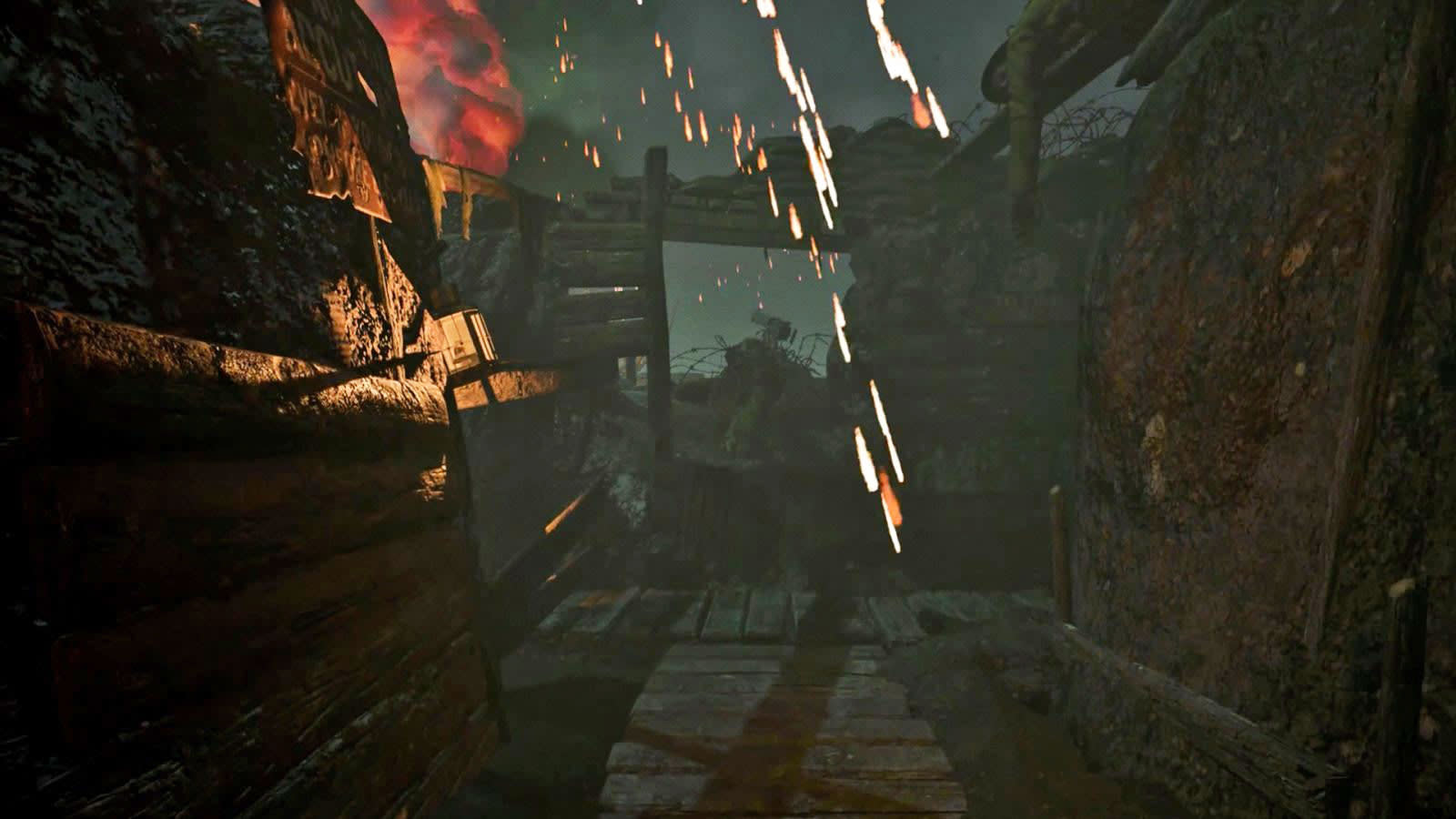 "War Remains" throws you into the trenches.

With his hit podcast, Hardcore History, Dan Carlin brought his love for the past to the masses. It was only a matter of time until he wanted to move beyond audio -- but instead of moving into the crowded world of documentaries, he turned to VR. War Remains, his first virtual reality project which debuted at the Tribeca Film Festival this week, puts you right in the trenches of World War I. And it's more than just another VR short: Co-producers MWM Immersive built a massive installation for the experience, allowing you to touch and feel the virtual environments in real life. (Thankfully, without recreating the smells of mud, death and gunfire.)

Carlin's penchant for drama and storytelling is obvious from the start of War Remains. After donning a VR headset and backpack computer, I took a step forward and found myself in the basket of a hot air balloon. I peered over the edge -- all the while holding onto the straw basket in real life -- and saw airships and a gray landscape lit up with ammunition firing. Explosions rumbled beneath me, and I felt the floor shake. As Carlin explained, these observation balloons were used to map out battlefields. It wasn't too long before a virtual map appeared in front of me, set atop a wooden podium on the side of the basket. When I reached down to touch it, I was surprised to actually feel worn wood underneath my fingers.

"When we talked about what to do, there are so many things I'd like to," Carlin said in an interview at Tribeca. "When we started this, it was the centennial of the first World War. And it's one of those things where it seems to be close enough to us, so that it's easier to relate. My grandfather fought in this war, it's not that long ago. If I took you back to ancient Rome, it's going to be awesome, but it's going to be a lot harder [to relate]. I felt the emotions are close to the surface [with World War I]. And in the US, we feel this war a lot less than they do in other countries. The depth of emotion that's already right there to be tapped, it just seemed like the sweet spot for us." 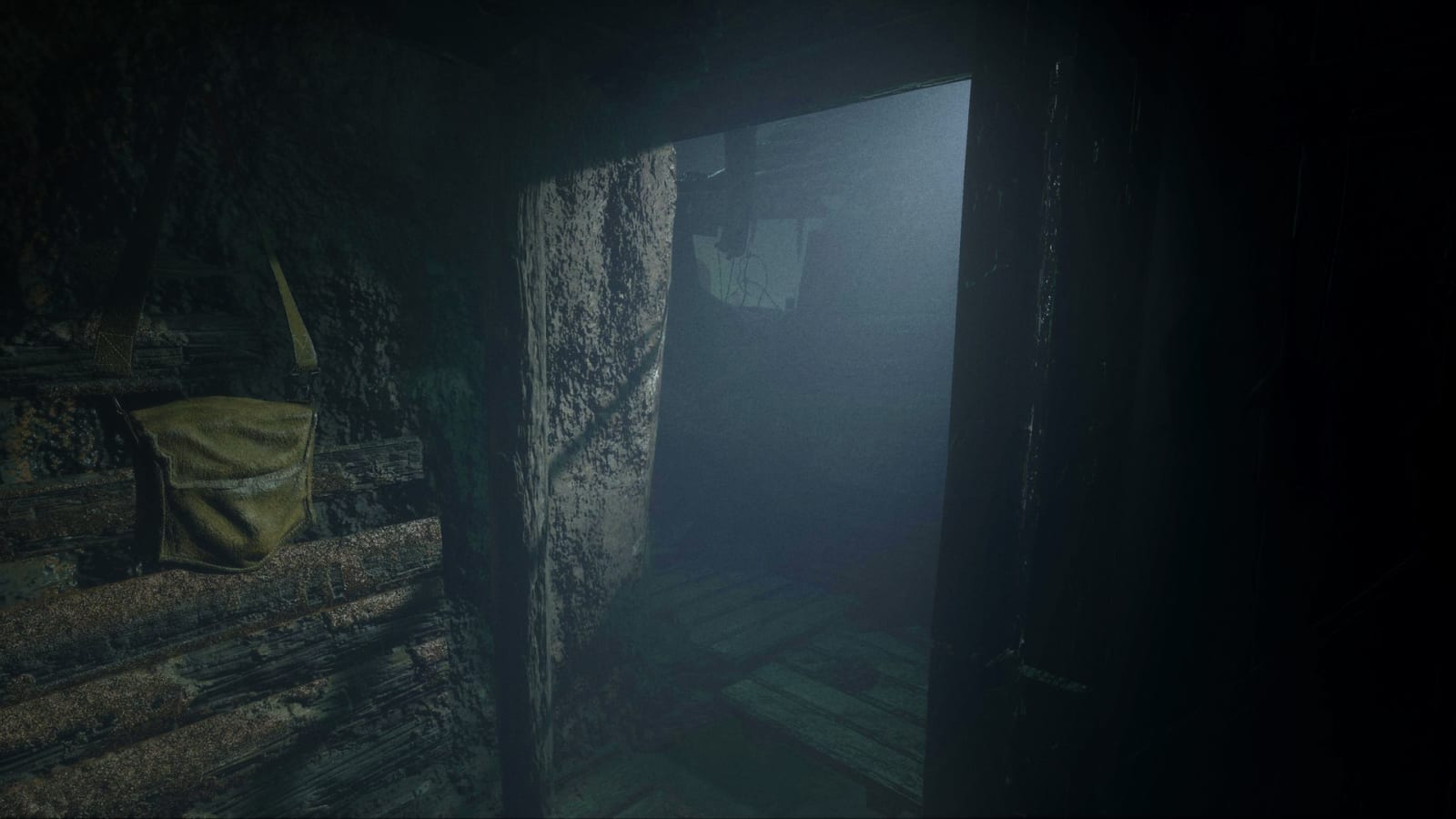 Carlin says he and his team also considered the limitations of VR when they were conceiving the project. After seeing plenty of other experiences, at one point he was confronted with a VR figure standing in front of him. He realized the closer he got, the less real it seemed. "The last thing you want to do is have an experience that's this intense, and then take you out of it," he said.

After I had enough time to absorb the sky view of a battle, I found myself in the cramped trenches. Bullets rained overhead, and in the distance I could hear endless artillery explosions. The sound design enveloped me in the experience -- it wasn't so loud that it was painful, but it was impactful enough that I started to sweat a bit from the cacophony. Along the edges of the room, I could feel wooden planks holding up makeshift walls. It was instantly clear why Carlin and his team chose this experience, instead of, say, a battle with hundreds in an open space. Alongside the trenches, I could see soldiers firing back and forth in futility. Eventually, I made may way into a tiny makeshift room as artillery crashed around me. (If I was claustrophobic, I probably would have been freaking out when the physical doors closed behind me.)

The experience ended with a tank firing right beside me -- and I'll be honest, I ducked a bit at first. Once again, the sound design did a lot of the work. By the end, I felt exhausted from the noise. And as Carlin mentioned, going through such a harrowing VR experience pales in comparison to what the actual soldiers did. I can't imagine what it felt like to be surrounded by those sights and sounds for weeks and months. But now, I have more respect for those who did.

There's still room for improvement with War Remains: Even though there are elaborate physical sets, I couldn't interact with anything virtually. The addition of eye or hand tracking could go a long way towards making it feel more immersive. If you didn't have a chance to attend Tribeca, you'll also be able to catch War Remains in Austin this summer.