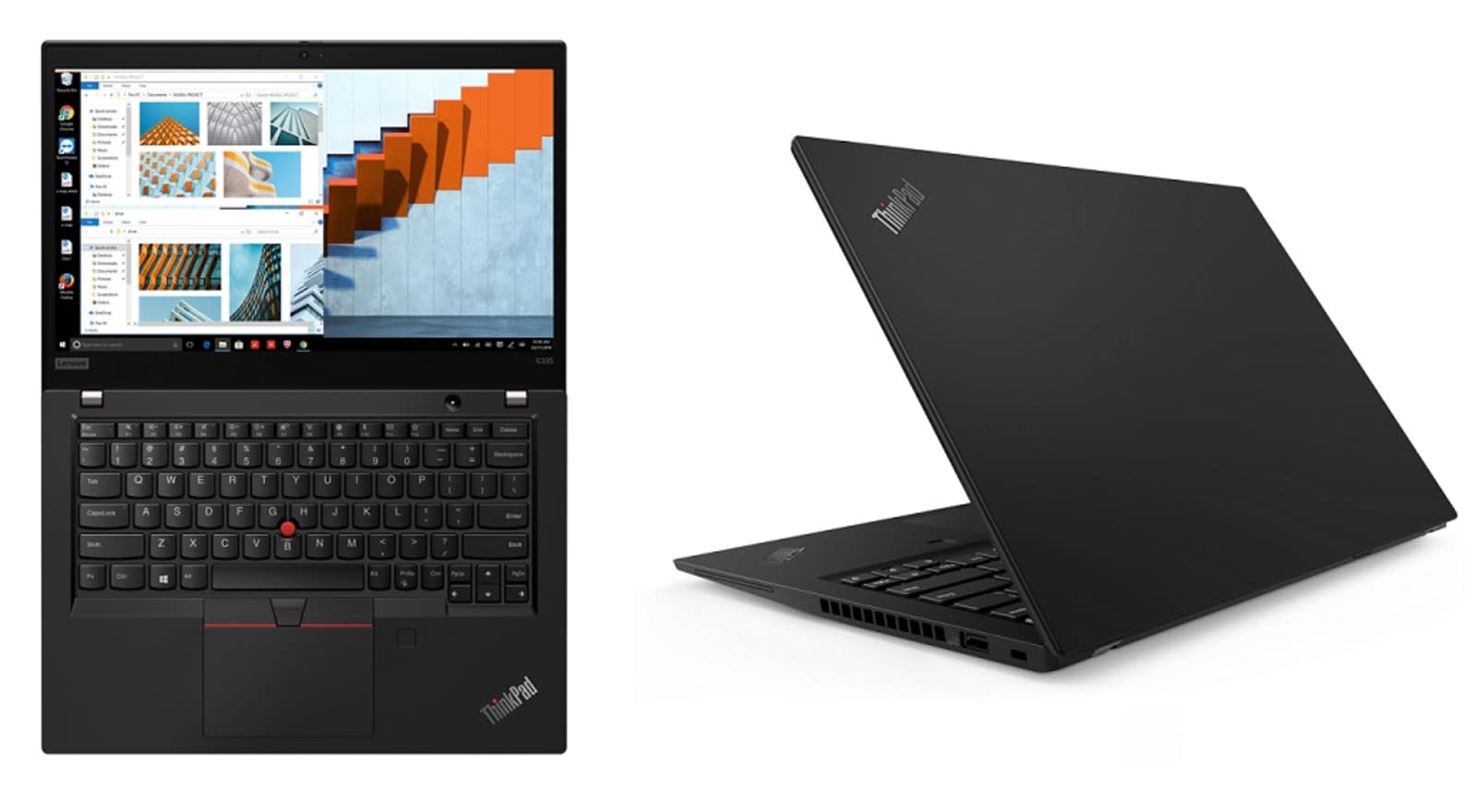 Lenovo has announced the newest additions to its ThinkPad line-up, each boasting improved battery life and increased performance neatly packaged in slim models under three pounds. The T495, T495s and X395 come with up to the 2nd gen AMD Ryzen 7 Pro mobile processors and integrated AMD Vega graphics, Radeon FreeSync for a stutter-free display and, for the AMD series, a brighter 14-inch full HD display at 400 nits.

Lenovo says buyers can expect a longer battery life -- four more hours, in fact -- on a single charge, and increased performance by up to 18 percent compared to previous ThinkPad models. It's also bundled in a bunch of useful extra features, such as enhanced VoIP conferencing performance, side mechanical docking for self-leveling at any angle and additional privacy guards, such as a webcam shutter and optional screen shield, which draw on the tech introduced to its midrange line earlier this year.

In short, the company has given its existing product line a very decent hardware upgrade while maintaining ThinkPad's ultra portable convenience. The 14-inch T495 drops in late May, with a starting price of $939. The 14-inch T495s and 13-inch X395 are both slated for release in early June, with starting prices of $1,089.

In this article: AMD, battery, gear, lenovo, personal computing, personalcomputing, privacy, Radeon FreeSync, Ryzen 7, T495, T495s, ThinkPad, Vega, X395
All products recommended by Engadget are selected by our editorial team, independent of our parent company. Some of our stories include affiliate links. If you buy something through one of these links, we may earn an affiliate commission.