Hanu Labs' Stone vaporizer hits like a ton of bricks

Its atomizer boasts three times the surface area of a 510-thread vape pen.

It's not hard for us to guess what the oil vape in your pocket looks like. If it's a 510, chances are it looks pretty much like every other 510 in existence. Even the new generation of vapes with specialized pods all tend to look reasonably the same. But the Stone from Hanu Labs doesn't look like any that's come before it. The Hanu Stone is the first portable vaporizer from Hanu Labs, which grew out of VapeXhale (makers of the Cloud EVO tabletop vaporizer). Now, whereas most vape pens still mimic the cigarettes and joints they were designed to replace, Hanu Labs drew inspiration for their vaporizer's design from nature -- specifically skipping stones.

With an asymmetric shape -- not unlike a flattened egg -- the Stone resembles a metallic rock, with an LED indicator band running around the middle of it. This band delineates the two halves of the device. The lower section houses the battery and control systems while the top half pops off to reveal the cannabis pod and micro-USB charging port. This removable cap design is clever, as that it has a small hole through which to inhale. This allows the cap to serve as a discreet mouthpiece which can be removed during personal sessions, reducing the chances you'll catch something the next time you pass it around a party.

The Stone also utilizes a wickless ceramic atomizer with a novel design. "Our atomizer actually has three times the surface area your standard 510 vape pen," Hanu Labs CEO Seibo Shen told Engadget. That added surface area increases the amount of vapor produced while reducing the strain on the battery and heating elements. This gets you smoother draws if you inhale lightly and big visible clouds of vapor if you really heave on it. I wasn't able to achieve the "Dragon Clouds" that Shen described but the Stone produces significantly more vapor than virtually all of the pod vapes that I've tested. 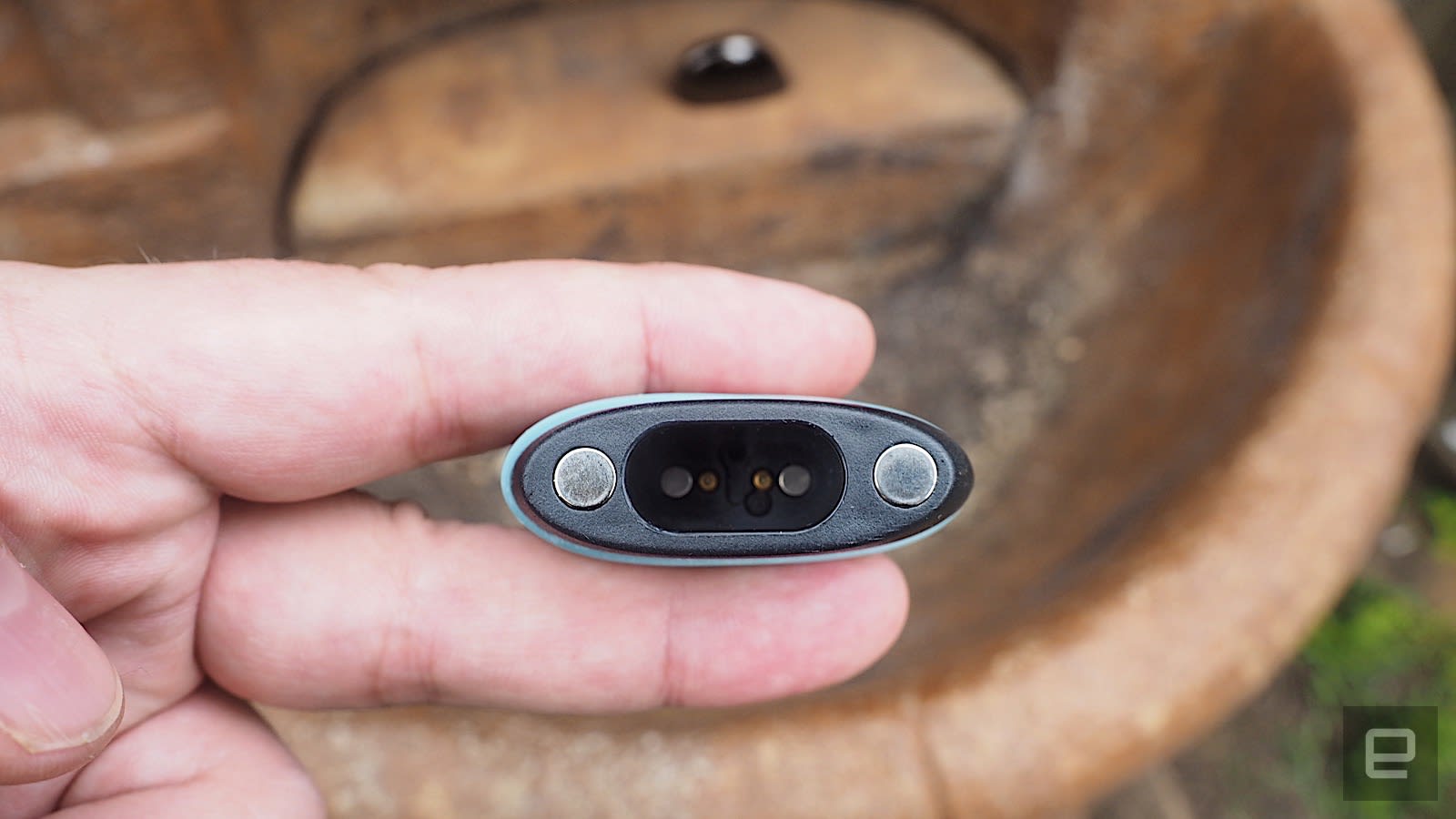 The oil pods themselves are also unique. Normally, when a device maker designs a new pod vape, they have to adapt and optimize the oils from their extraction partners to work in their specific atomizer/wick system. This means adding either thinning or thickening agents, Shen explained, "Both things alter the flavor. So for us, we thought it was very important that instead of them optimizing their oil for our pods, we optimize our pods for their oil."

"We also build pods that correlate to different temperatures so that our extraction partners can choose the optimized pod for flow and the optimized pod for temperature," Shen continued. "You as the end user, just have to put it into the device and [the Stone] will auto calibrate to the correct temperature setting." It doesn't matter which extraction partner the pod comes from -- I tested the unit with samples of both Sublima Oils from Seattle Extracts and Butter Brand -- the Stone will automatically adjust its settings to deliver the vaping experience the extractors intended. I tested the Stone over the course of 10 days and two pods. The 500mAh battery held out for a ludicrously long time. I recharged it twice: once when I first received the unit and again about midway through the second pod. The LED indicator band will flash when the charge is getting critically low but unfortunately doesn't otherwise note the amount of power left in the battery.

I'm rather partial to the Stone's unique design. It's small enough to fit in my jeans' coin pocket and is easily palmed but not so small that I'm going to lose it in the couch cushions that serve as graveyard for all my other oil vapes. What's more, it's novelty is part of its utility. Take the Firefly for example. It made waves when it first came out in art due to its tobacco pipe-inspired design. It was cool, unique, a real conversation starter. And also a complete pain in the ass to load, use and clean. The Stone has that same degree of novelty, but the design doesn't detract from its underlying purpose and functionality.

The Stone retails for $70, it's pods range between $40 and $60. Hanu Labs soft launched the Stone throughout the San Francisco Bay Area at the start of April, you can check the brand's store locator for local retail and delivery options. Hanu Labs hopes to gradually expand availability throughout California before spreading on to other states where cannabis is legal.