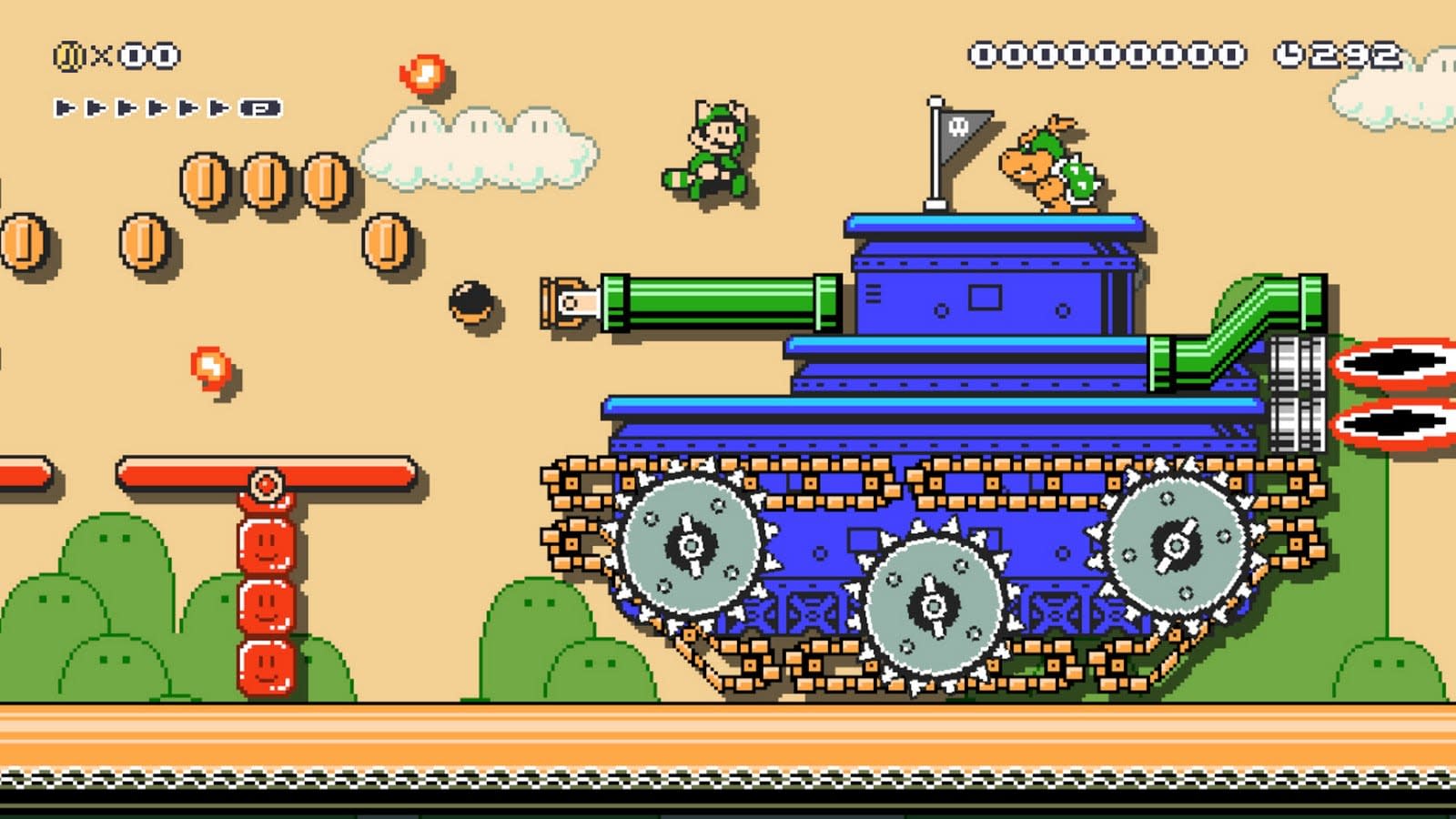 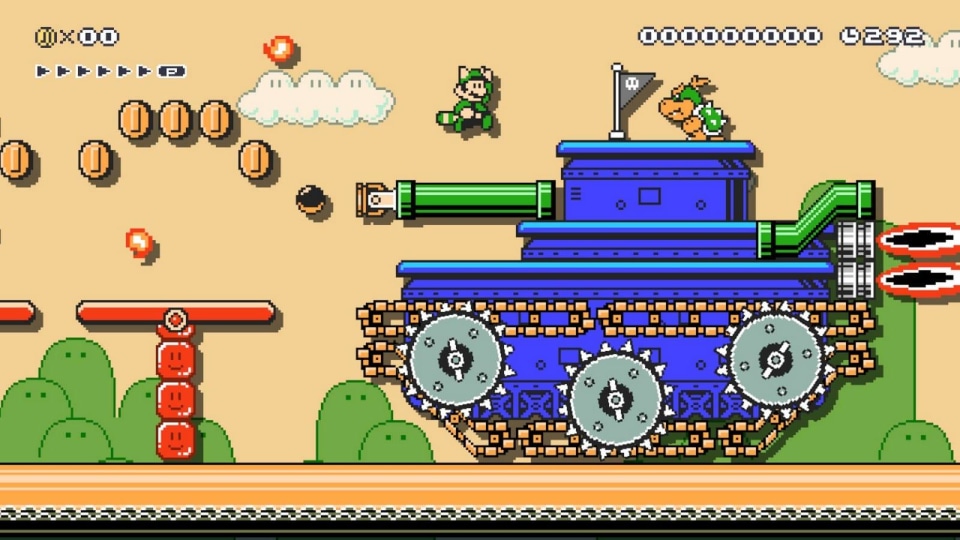 Super Mario Maker single-handedly justified the Wii U's existence. Not only did it finally deliver on my childhood dream of designing my own Mario levels, it proved that the console's gigantic tablet could be genuinely useful. It's just a shame Mario Maker came too late in the Wii U's short lifetime to save it, which also drastically limited the amount of potential players. And while the portable 3DS version of the game was impressive, it was weighed down by the curious omission of online level sharing. 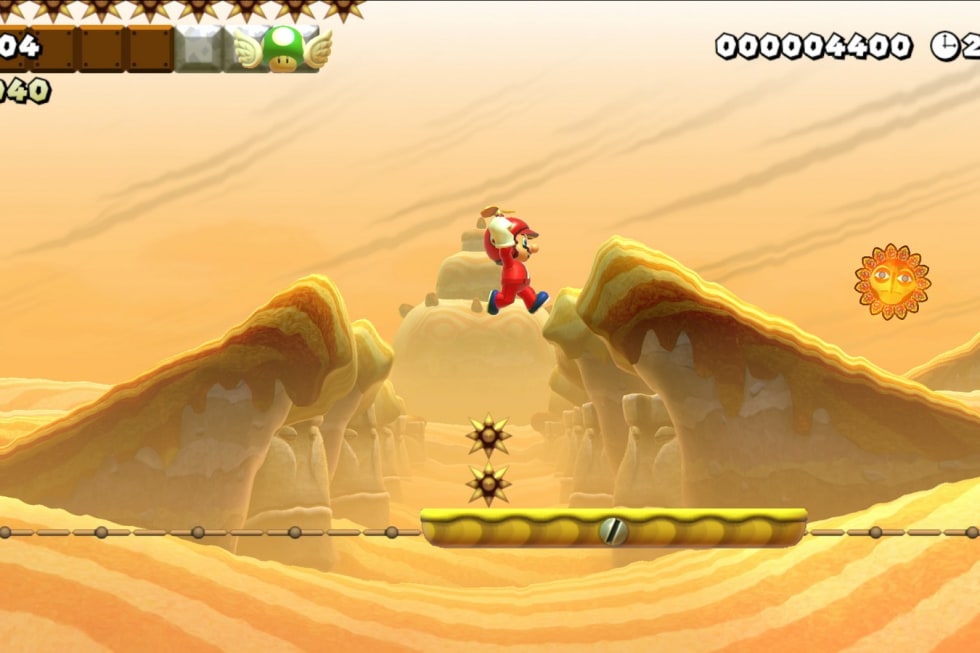 Super Mario Maker 2, thankfully, has far less console drama to deal with. The Switch is wildly successful, and it's obvious Nintendo learned a lot from the failure of the Wii U. Now, it has a system that's almost as portable as the 3DS, but still viable as a living room console. After playing Super Mario Maker 2 for an hour, it's clear that the series finally has the console home it deserves.

In handheld mode, editing Mario Maker 2 levels feels completely natural. You won't have to worry about using a stylus like on the Wii U -- the Switch's more modern, capacitive touchscreen lets you drag and drop items, characters and level components easily with your fingers. The top navigation bar now dynamically sorts the objects you use the most, but you can also pin your favorites there. Holding down on objects also brings up a context menu with additional options. Overall, it seems like Nintendo is focused on making the level editor a lot more intuitive than before.

I scraped together a simple Super Mario World stage with several tall mushroom platforms, an assortment of Koopa Troopas, a floating feather power-up and a long runway to fly towards the goal in just a few minutes. It wasn't anything masterful, but I enjoyed the process of placing my platforms just so, and aligning the Koopas so they'd be an effective challenge for potential players. I eventually threw in an Angry Sun for good measure -- a new option this time around, and one sure to unearth childhood Mario 3 nightmares. I also had the option of adding level clearing requirements, like forcing players not to touch the floor after jumping, or making them collect every coin.

Initially, I figured level editing would be something you'd mainly do while holding your Switch. But Nintendo also managed to optimize it for controllers, so you'll be able to create and tweak levels while the Switch is docked to your TV. The experience was surprisingly smooth with the Pro Controller: Moving items and characters around the stage was a cinch with the analog stick, and there are plenty of shortcuts spread across every button. It took me a few minutes to get a sense of what every button did, but that's to be expected for such a rich level editor. I couldn't see myself building entire stages with the controller, though, since it's so much more intuitive in handheld mode.

Nintendo is also making Super Mario Maker 2 more welcoming to players with a story mode, which has you helping Princess Peach to rebuild her castle. Not surprisingly, you'll mainly be doing that by clearing over 100 courses. After running through a few stages, I appreciated the variety of challenges. Some were fairly standard platforming stages, while some let you relive classic challenges, like the airship from Mario 3. You earn coins after beating courses, which you can then turn in to fix specific portions of Peach's castle. You can think of it like a simple RPG, and it'll serve as inspiration for your own levels.

Towards the end of my demo, I hopped online to check out some Mario Maker 2 levels from early testers. There weren't many to choose from, as you'd expect, but I still managed to find some diabolical challenges. (One forced me to collect every coin in a tough stage with giant fish enemies, but hid the final remaining coin so well that I was never able to finish it.) Unfortunately, older Mario Maker stages aren't compatible with the sequel. But I'm hoping that devoted creators are able to bring over their best concepts, even though it'll take long hours of manual editing.

Just like the original game, Super Mario Maker 2 banks heavily on your nostalgia for Nintendo's flagship franchise. You can feel the company's reverence for the material in every corner, from the deep cut characters you can throw into stages, to the lively music throughout the game (original Mario composer Koji Kondo is also laying down some new tracks). Mario Maker 2 boils down the franchise to its very essence, so even young players who've never had the Angry Sun chase them through Mario 3 should be able to grasp the power in its level editor. And until they do, they'll have a nearly limitless supply of stages to play.

In this article: art, gadgetry, gadgets, gaming, nintendo, Super Mario Maker 2, Switch
All products recommended by Engadget are selected by our editorial team, independent of our parent company. Some of our stories include affiliate links. If you buy something through one of these links, we may earn an affiliate commission.