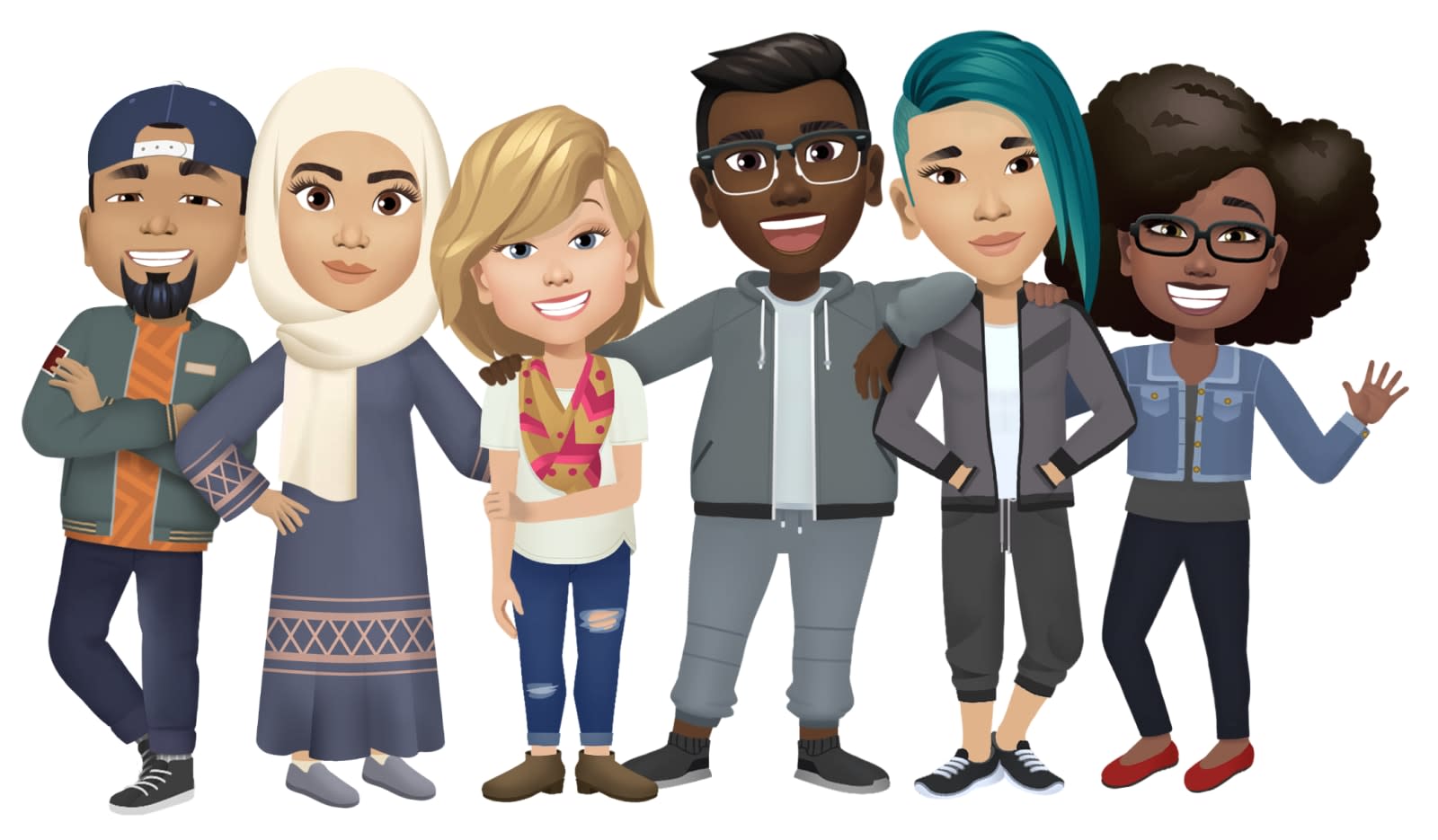 Facebook is hoping to shake up its emoji with something that will seem remarkably familiar. The company has introduced its long-expected Avatars, or personalized cartoon stickers that you can use in places like Messenger and the News Feed. They bear more than a passing resemblance to Snapchat's Bitmoji, and offer a similar amount of personalization. You can adjust basics like body types, skin color and hair, and throw in apparel that reflects your style. There's no image-based automatic creation, alas -- Facebook told TechCrunch that it wants to avoid the bias problems that can come with facial recognition.

The stickers fit your Avatar into a range of common expressions, whether it's a simple "congrats" or the meme-tastic "deal with it." They won't include any branded items, at least not a first. While Facebook conceded that it "would be smart" to monetize the outfits, that wasn't the initial priority. You may also see them expand to other areas, such as group chats and profiles, where you might not want to show a real photo for privacy reasons.

Avatars are only available to use in Australia at the moment, and they won't reach everyone else until late 2019 or early 2020.

It's not hard to see the motivations involved in launching Avatars. Even if there are no plans to charge for them, they could add the spark of youth to a site that many younger users skip in favor of Instagram or Snapchat. And when Facebook is increasingly turning to privacy as a selling point, it might make sense to offer an easier way to mask your true appearance. Whether or not users latch on to Avatars is another matter. They're coming years after Bitmoji hit the scene, and might come across as a trying-too-hard bid to make Facebook relevant.

In this article: avatar, avatars, bitmoji, facebook, facebook messenger, gear, internet, messenger, mobile, snapchat, social network, social networking
All products recommended by Engadget are selected by our editorial team, independent of our parent company. Some of our stories include affiliate links. If you buy something through one of these links, we may earn an affiliate commission.