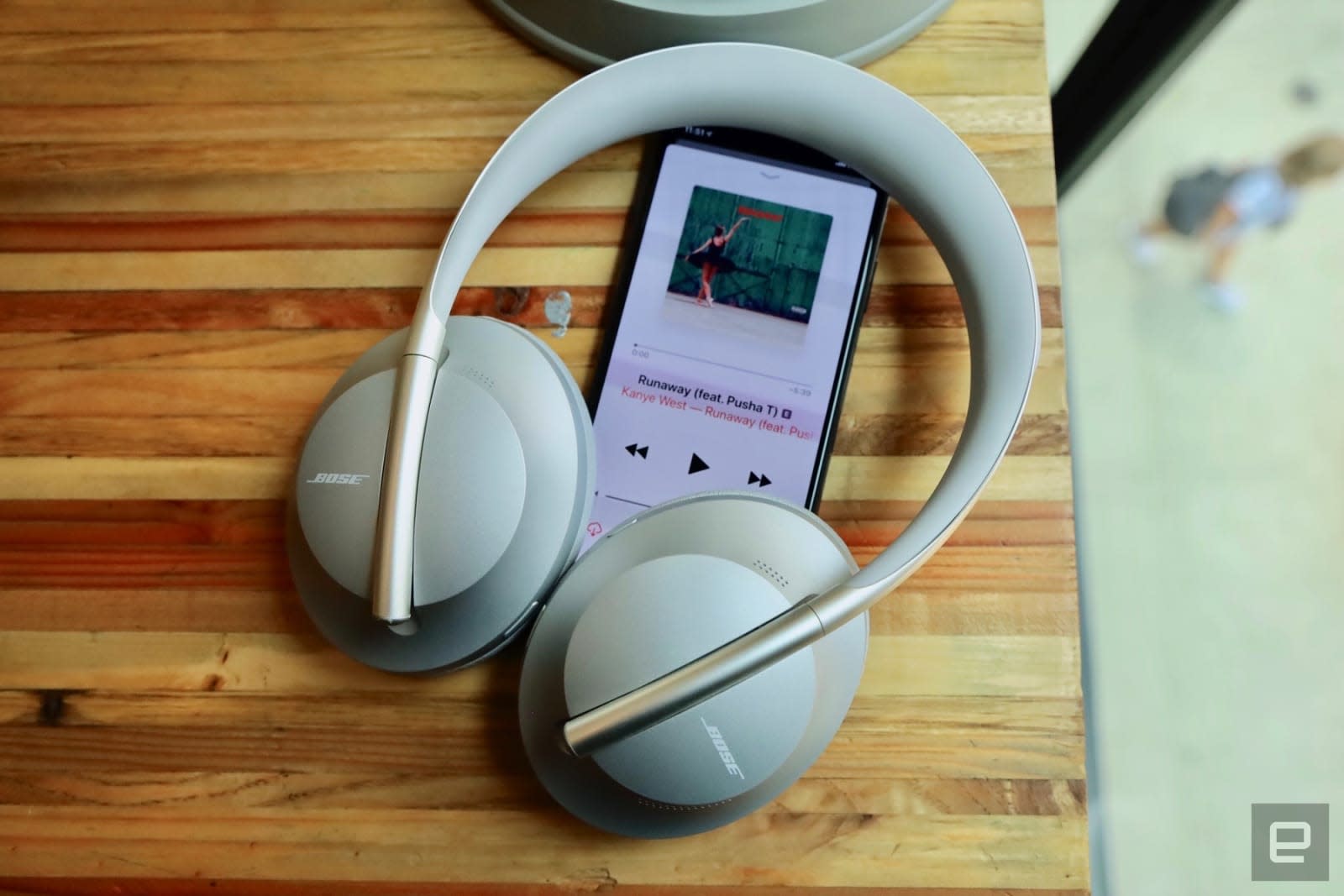 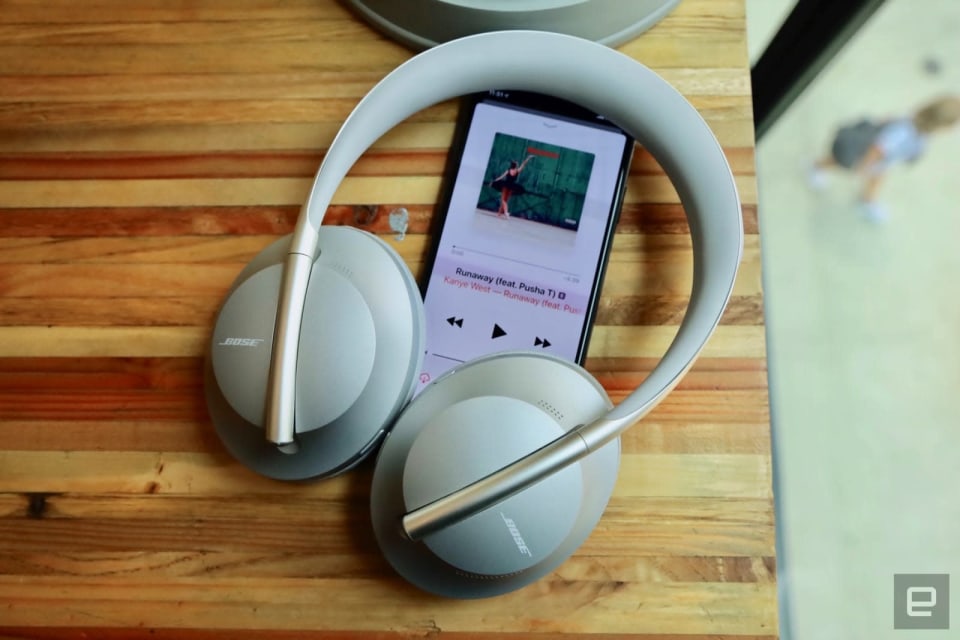 As great as the Bose QuietComfort 35 II headphones sound, let's be real: they look like they were designed for dads on a business trip. And listen, as someone who's into the whole chunky, dad-shoe trend, I'm not here to judge if you're into their design. I'm just saying that I need something with a more modern style. Thankfully, Bose has introduced its latest flagship model, the Noise Cancelling Headphones 700, which features a newly designed stainless steel headband that gives them a more stylish and thinner look than the QuietComfort line. Bose says that the wireless 700s were designed from the ground up and, compared to the QC35 IIs, they also have all-new drivers, ear cushions and USB-C support.

The noise-cancelling tech is better than it's ever been, too, according to Bose. One of the main attributes the company focused on is the adaptive voice system, which is designed block out noise from your surroundings as you're using the headphone's voice features. There are eight microphones total on the 700s, four on each earcup, and they work together to reject ambient noise around you as you move. The goal is to make your voice sound perfectly clear, especially when you're in a place with a lot of noise. 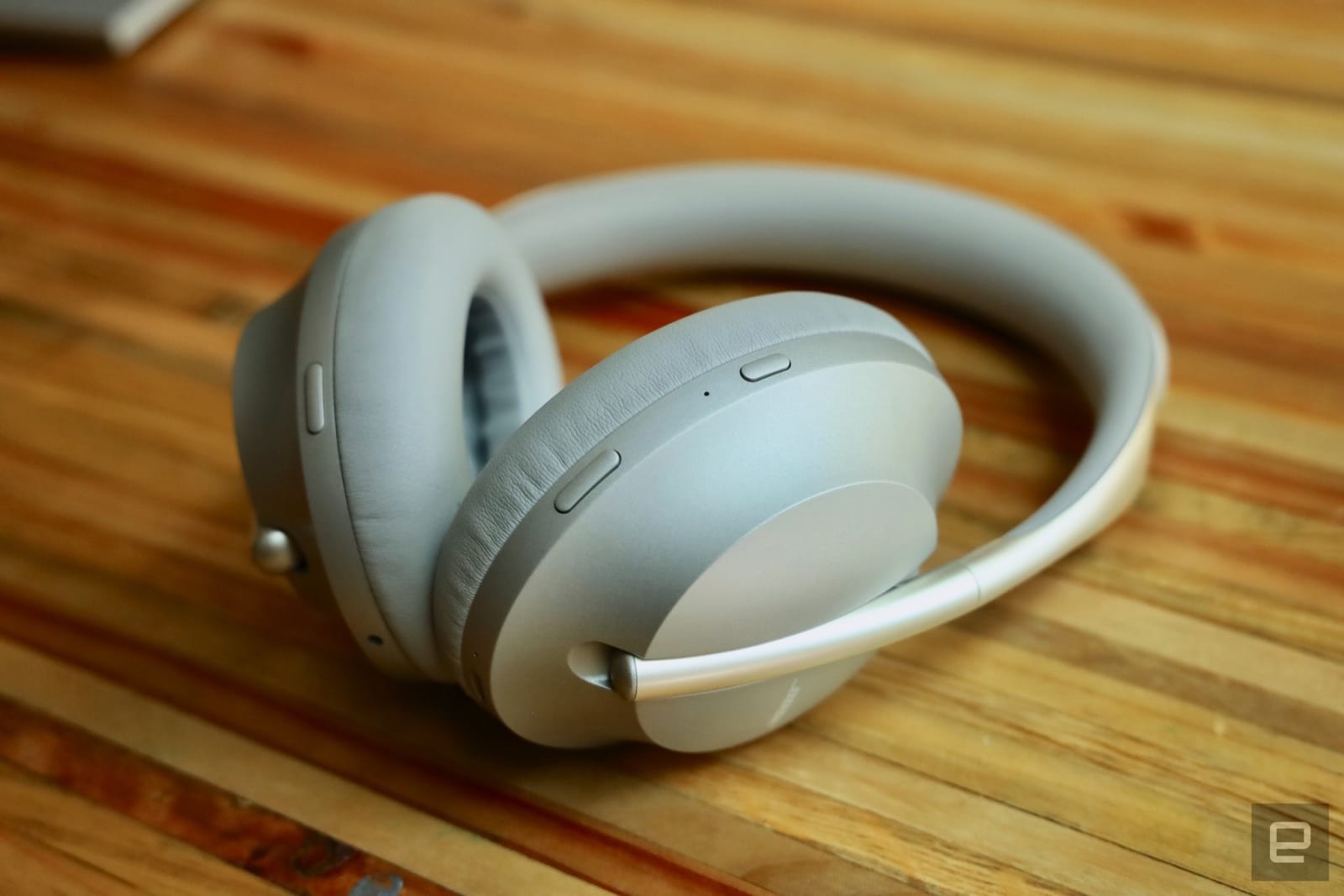 Bose gave me a demo of this feature by calling someone at a nearby Starbucks in New York City, who took the call first wearing a pair of QC 35IIs and then the Noise Cancelling Headphones 700. As you might imagine, a coffee shop in NYC can get pretty loud. And while I could make most of what the person was saying wearing the QuietComforts, the difference was night and day as soon as he switched to the pair of 700s. Suddenly, you couldn't hear the music playing on the background or the people talking -- it was as if he had muted the microphone on the new headphones. This should be useful for people who use voice dictation on their smartphones or tablets, as well.

In addition to the adaptive voice system, the 700s come with controllable noise-cancelling, which lets you adjust how much outside noise you want to block. You can control this with three different buttons on the headphones (low, medium and high setting) or via the Bose Music app. With the full transparency and conversation modes, for instance, you can hear everything happening around even as you listen to your music. And if you pause your tunes to talk to someone in person, which you can do using the 700s' capacitive touch controls on the right earcup, it doesn't sound as if you're underwater and your voice is muffled.

The first thing I noticed when I put on the 700s is how lightweight they feel, but that doesn't mean they're not durable -- that stainless steel headband makes them durable and the ear cushions are as comfortable as it gets. You'll have two options to choose from in terms of color: triple black or lux silver, both of which are pictured here. Bose says that the headphones should last up to 20 hours and, like some of its other models, the 700s will work with Google Assistant, Alexa and Siri. With Alexa, however, there's a low-power wake word mode that's going to let you call up Amazon's assistant. For the other two, you'll still have to use a physical button on the headset.

If you still prefer the look of the QuietComfort 35 IIs, or you don't care to have the features the 700s have to offer, don't worry because those aren't going anywhere. But, if you are feeling the Noise Cancelling Headphones 700, Bose will be launching them on June 30th for $399, and pre-orders are available now. 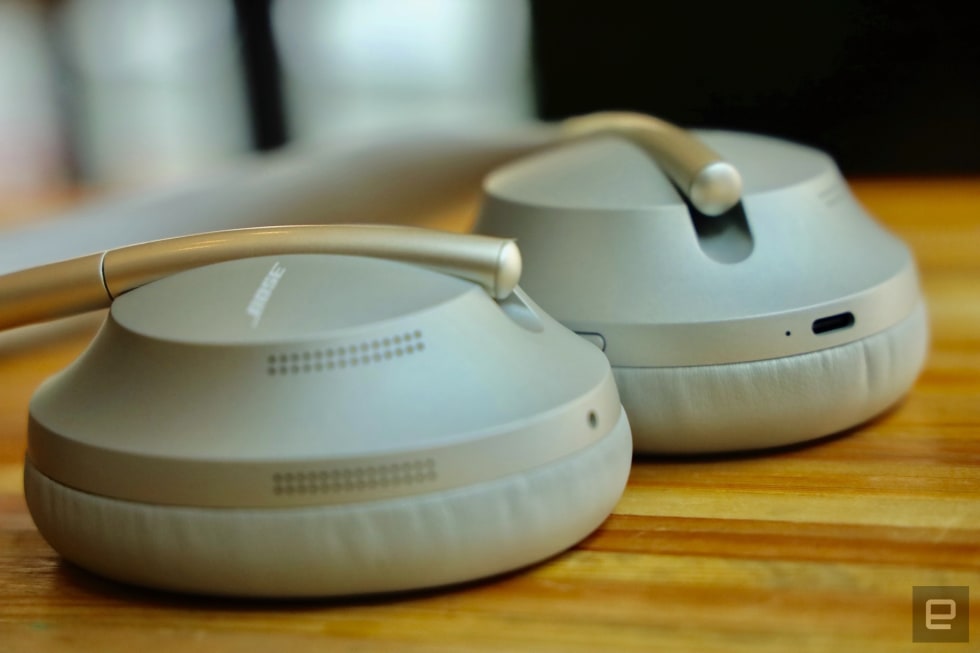 12
In this article: alexa, av, bluetooth, bluetooth headphones, bose, bose 700, bose noise cancelling headphones 700, entertainment, gadgetry, gadgets, gear, google assistant, hands-on, headphones, mobile, noise cancellation, noise cancelling, qc35, qc35 ii, quietcomfort, siri, voice assistant, wearables
All products recommended by Engadget are selected by our editorial team, independent of our parent company. Some of our stories include affiliate links. If you buy something through one of these links, we may earn an affiliate commission.