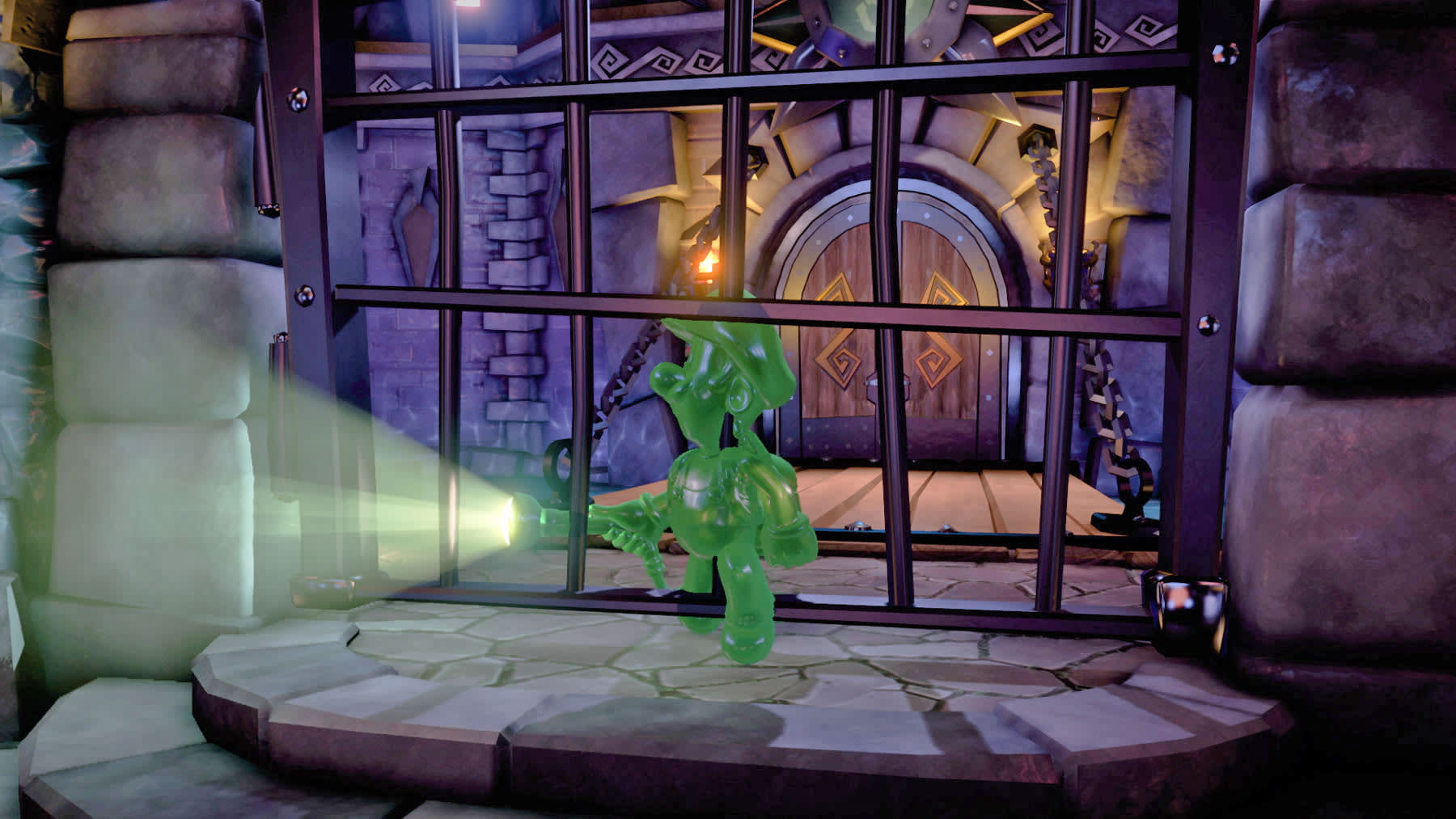 Gooigi is the best part of ‘Luigi’s Mansion 3’

It's been a long time since Luigi, the brother of Mario, last starred in a ghost-busting adventure. Too long, in fact -- Luigi's Mansion 2, better known as Dark Moon, came out more than six years ago on the Nintendo 3DS. In 2019, I was worried that its sequel, Luigi's Mansion 3, would offer little more than a visual overhaul for Switch owners. A charming adventure, but one that leant on the same puzzle solving and ghost-battling mechanics as its predecessor. Well, I'm happy to report that these fears were completely misplaced. Based on a short demo, I can already tell that Nintendo has plenty of fresh ideas to reinvigorate the series' formula.

First, Gooigi. The third instalment of the spooky franchise revives a green, gooey and seemingly invulnerable version of Luigi. He's triggered with the right analog stick and has, for the most part, the same move set as his flesh-and-bone counterpart. So why bother switching? Well, he can access important items that are placed just beyond vicious spikes. Gooigi is also necessary to complete some of the game's basic puzzles. Toward the end of my demo, for instance, I had to move Luigi into an elevator and then, with Gooigi, push a windmill-style pulley system nearby.

Admittedly, it was a simple solution. I suspect the final game will build on this premise, though, with longer and more complex puzzles that require you to switch between Luigi and Gooigi multiple times. Nintendo says that in the final version of the game, it will also be possible for a second player to control Gooigi, similar to how Cappy works in Super Mario Odyssey. This feature proved very popular with parents, who could play along with (and lend a helping hand to) their children.

Mario's brother has also been equipped with some new attacks for his latest adventure. There's a new Burst move that pushes Luigi off the ground and fires a quick blast of air in all directions. It's a neat ability that grants the character some breathing room when too many ghosts draw near. The plumber also has a Suction Shot that fires a garden-variety plunger. It looks harmless but, using the right trigger, you can suck it to remove shields from ghosts and bypass environmental obstacles.

Finally, Nintendo has tweaked its ghost-busting formula with a new Slam move. For most of the game's enemies, Luigi still needs to fire his torch -- which will paralyse them momentarily -- and then slowly drain their health with the Poltergust G-00 vacuum cleaner. And, as before, you still need to pull in the opposite direction of the ghost to maintain the attack. In Luigi's Mansion 3, though, there's also a circular meter that fills during this sequence. Once full, you can hit the A button and whip the ghost against the floor, walls and ceiling for extra damage. It's a small, but welcome addition that stops the comical combat from growing stale. 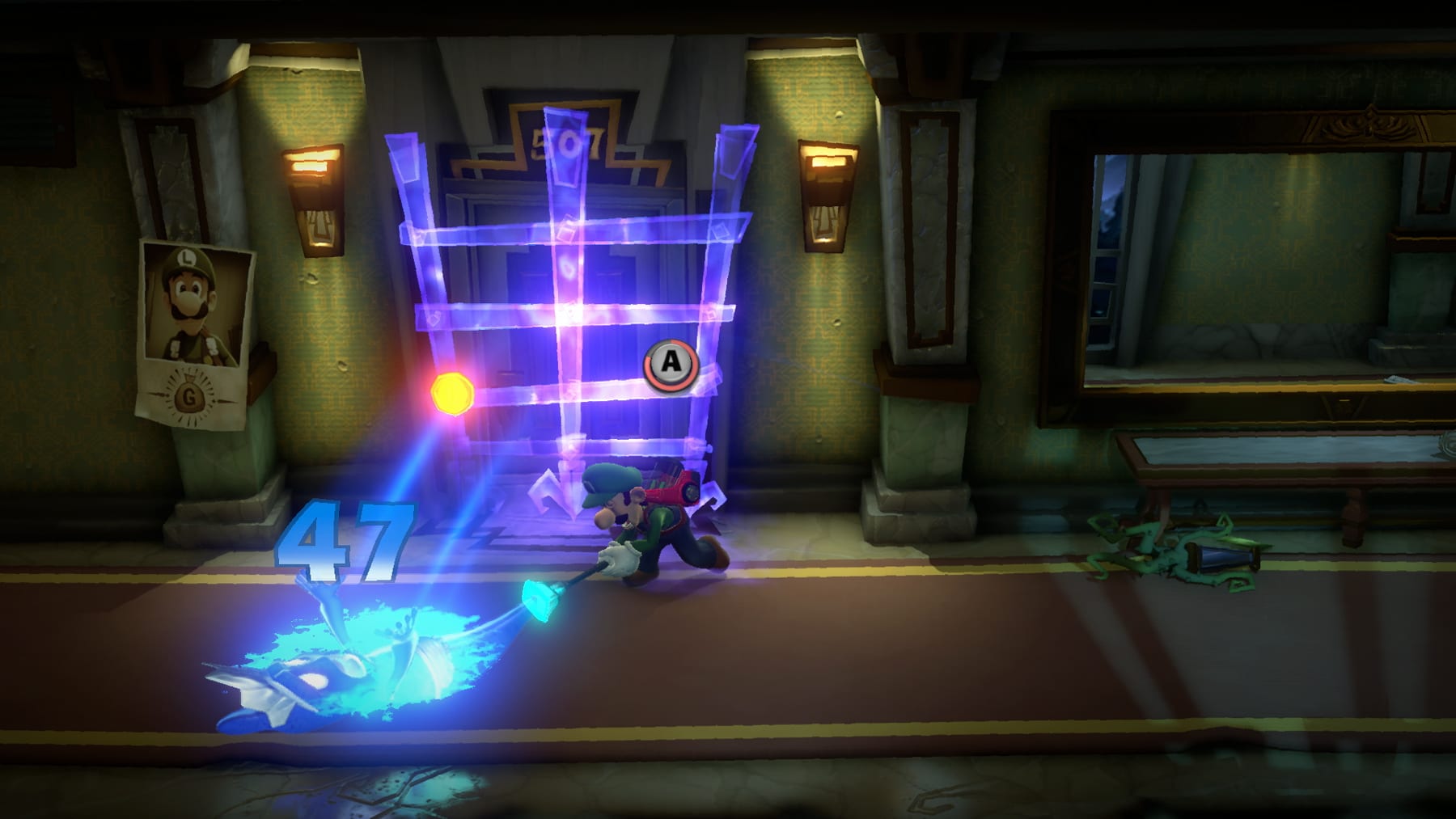 These changes compliment the existing formula wonderfully. You can still use the Poltergust G-00 to push and pull on the mansion's eccentric furniture. Yanking on curtain and rugs will often reveal coins and bank notes that can be spent later on ghost-busting upgrades. Luigi can also shine his fantastical 'Dark-Light' torch to reveal previously invisible parts of the environment, including chests and doorways. The game is, therefore, at its best when you slow down and hunt for these secrets. Furthermore, if you're stuck on a particular puzzle, the solution will often reveal itself if you stop and start messing around with Luigi's equipment.

And, of course, the kid-friendly scares look brilliant on the Switch. I love my Nintendo 3DS, but know deep down that I'll never be able to go back to Dark Moon. Luigi's Mansion 3 just looks that much better on Nintendo's more powerful handheld hybrid. My short demo took place in a medieval-themed section of the game's haunted hotel. It was littered with apple-filled barrels, musty rugs and stony walls that wouldn't look out of place in Winterfell. I'm sure the rest of the game will have equally colorful, rich and horror-appropriate themes that keep the adventure feeling fresh.

I know, I know -- it's hard to get excited about Luigi when Nintendo is also pushing new Pokémon, Fire Emblem and Legend of Zelda titles in 2019. But, based on the company's E3 demo, sleeping on this game would be a huge mistake. Luigi's Mansion is a consistently charming series that's filled with decent gags, puzzles and ghost-themed scuffles. I'm glad Nintendo is bringing the franchise back, and hope more Switch owners give it a chance when the third and hopefully not final entry launches later this year.

All products recommended by Engadget are selected by our editorial team, independent of our parent company. Some of our stories include affiliate links. If you buy something through one of these links, we may earn an affiliate commission. All prices are correct at the time of publishing.
View All Comments
Gooigi is the best part of ‘Luigi’s Mansion 3’