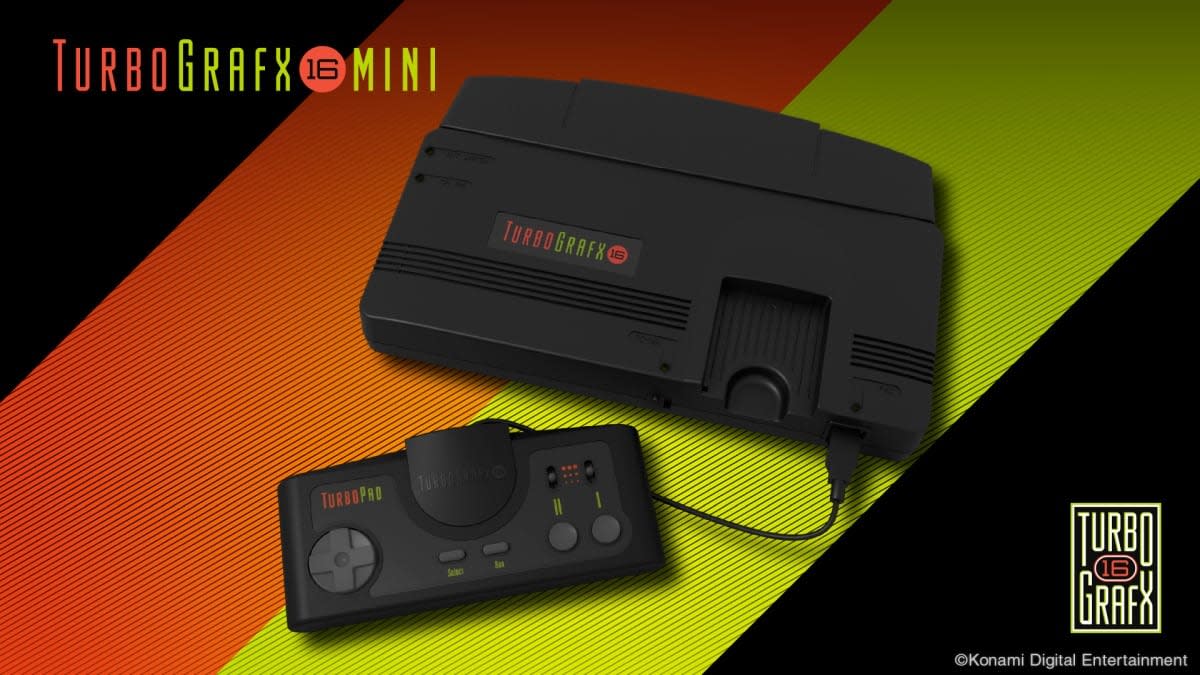 Need a sign that the retro gaming console market just won't come to an end? At E3 Konami just announced the TurboGrafx-16 mini, marking a return for the console that debuted in the US alongside the Sega Genesis in 1989, but never quite enjoyed the support or sales of its competitors. There's no price or release date yet for this bit of late 80s / early 90s nostalgia, but when it is released it will include the requisite suite of throwback games including:

Other titles have yet to be revealed (where's Bonk's Revenge?) , and outside of North America the box will have different names just like it did way back when. In Europe it's called the PC Engine Core Grafx Mini, and in Japan, where the system originally launched in 1987, it's just the PC Engine Mini. It's unlikely we'll see anything as groundbreaking as the original TurboGrafx-16's CD-ROM add-on -- a first for consoles at the time -- but it's good to see the name in circulation again all the same.

In this article: e32019, gadgetry, gadgets, gaming, gear, Konami, NEC, PC Engine, retro gaming, turbografx-16
All products recommended by Engadget are selected by our editorial team, independent of our parent company. Some of our stories include affiliate links. If you buy something through one of these links, we may earn an affiliate commission.