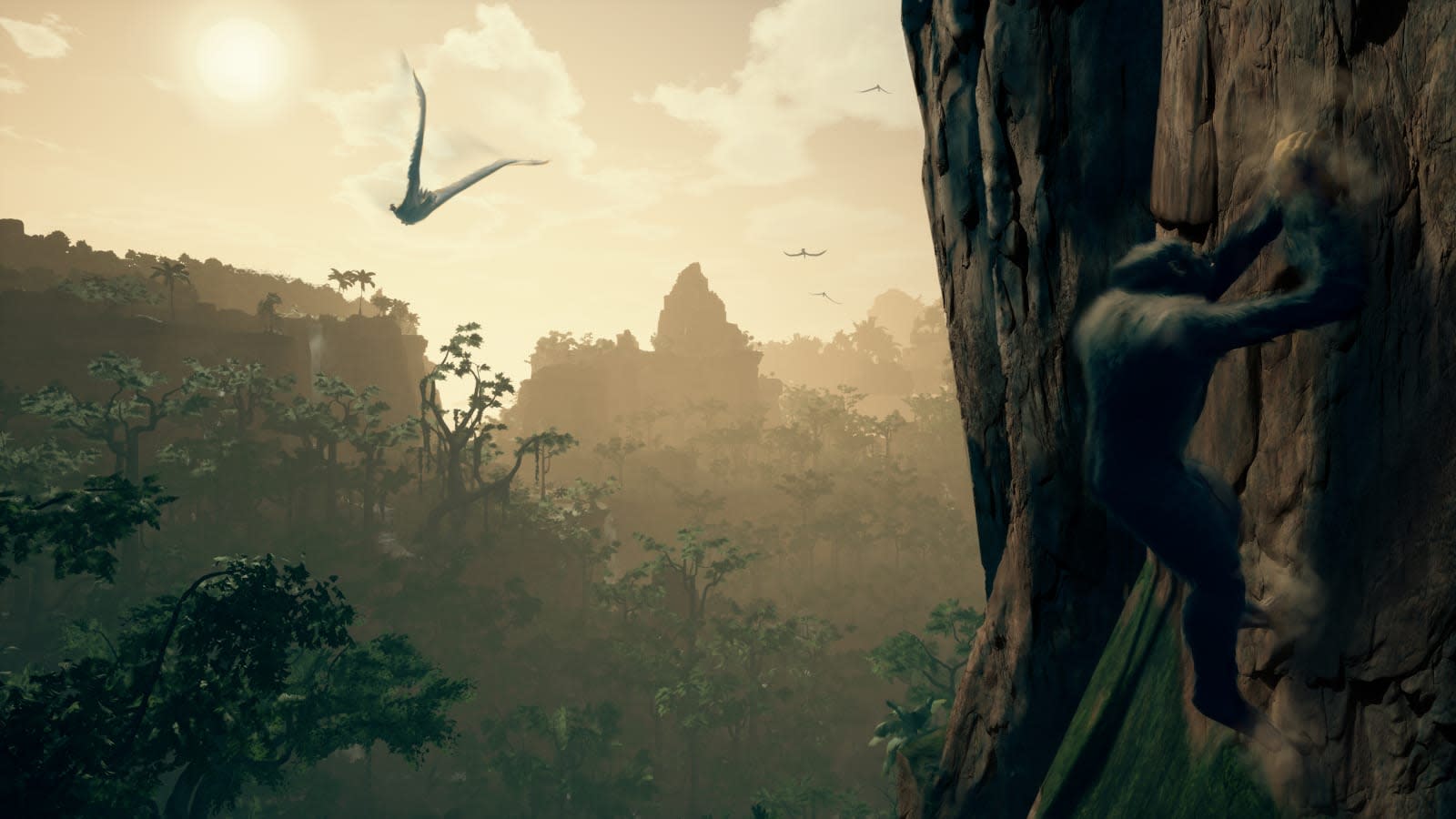 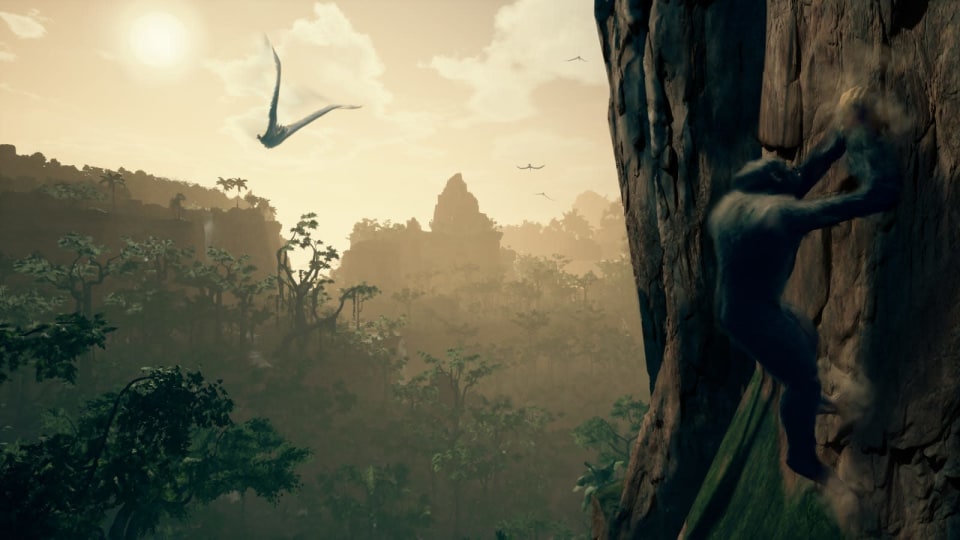 One challenge with creating a game about the arc of human evolution is that the subject matter is almost limitlessly broad. With Ancestors: The Humankind Odyssey, creator Patrice Désilets is narrowing the time period down to between 10 million to 2 million BC. And boiling down the challenge to this:

"Basically, I'm asking players the question: Hey homosapiens, think you're smart? Think you're the top? Can you survive like our ancestors did?"

The overarching goal of the game is straightforward: roam neogene Africa and evolve to the Australopithecus (aka "Lucy"), going from "prey to predator," as Désilets puts it. The player's concerns are not necessarily establishing entire civilizations, but more primal needs like building a clan, having babies and learning how to navigate a brutal world. Yet within this broad goal, there is little guidance. It's a game of trial and error, much like natural selection. Désilets led the Assassin's Creed games as well as Prince of Persia: The Sands of Time before an acrimonious split from Ubisoft. Ancestors represents the first title from the 35-person studio he co-founded in 2014, Panache Digital Games. Out on August 27th on PC (with PS4 and Xbox One following in December), it's a third-person action-adventure game with plenty of tree climbing, but it's also a survival game.

The challenge is trying to create the kind of jungle sandbox that encourages player exploration, while still placing them in a realistically unforgiving environment. The desperate battle to avoid extinction is not necessarily conducive to flights of fancy.

Ancestors tries to have a light touch. There's no mini-map ("It's not about going from a little dot to another little dot," says Désilets) and no inventory (you hold what you have in two hands, or a member of your clan holds it for you). There is an "intelligence" system that scans surroundings for landmarks, but your attention can also be gently redirected by, say, the rising smoke from a crashed meteor. What incentivizes you to move forward are depleting food supplies, the desire to explore and outrunning predators -- the essentials of survival.

There is still, however, a HUD, and a skill tree of neurons which visualizes your evolution. In Ancestors, you don't start the game knowing how to hold items in both hands. Without the right enzymes, you'll get sick eating an egg. As a baby primate in unfamiliar surroundings, you'll see phantoms all around and your viewpoint vignettes in fear. Désilets insists he doesn't want to tell players what to do in Ancestors. "I want the players to be curious. I want you to have a little bit of creativity in your adventure," he said. "You write all sorts of weird stories for yourself."

The core idea Désilets keeps returning to is that he wants us to empathize with the creatures we used to be. A game that achieves this could make us feel small; in awe of the natural world, not to mention all the work it took to gradually conquer it and bend it to our will. He also hopes to show how similar we really are to our ancestors; how we're not so much smarter than them as we suspect. "It's in our DNA," Désilets said. "You relive that moment on the screen and you feel like 'oh, somehow I've been there.'"

Désilets' goals are lofty but worth exploring through Ancestors. When we get to play it, getting to witness that basic sense of awe amidst the struggle to survive will probably be the ultimate test of whether the game works or not.

In this article: ancestors humankind odyssey, art, av, e32019, gaming, patrice desilets, private division, TL19E3
All products recommended by Engadget are selected by our editorial team, independent of our parent company. Some of our stories include affiliate links. If you buy something through one of these links, we may earn an affiliate commission.