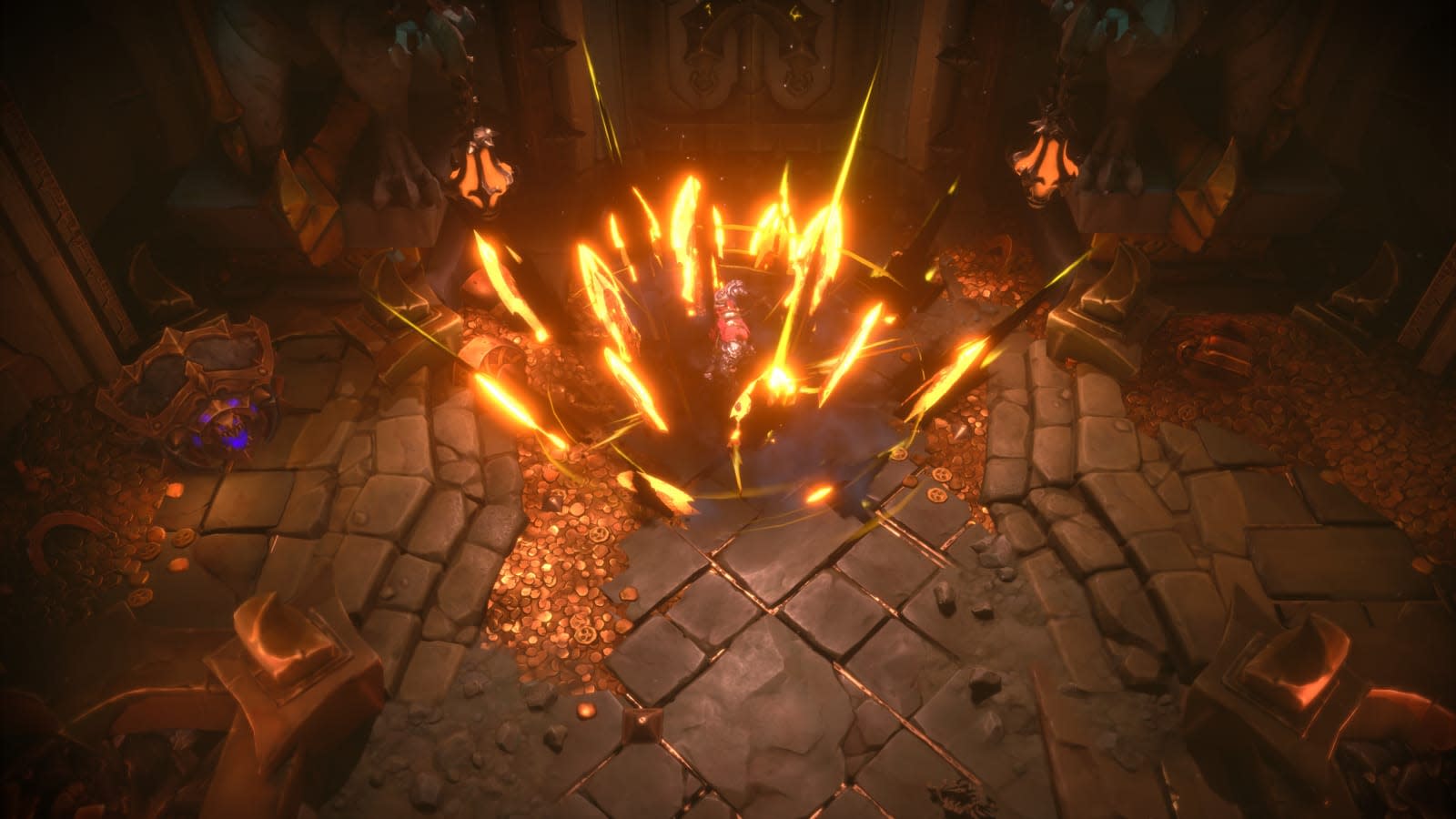 THQ Nordic isn't finished with the Horsemen of the Apocalypse. A decade after the original game came out on the PS3, War and his brothers return to consoles in a brand new iteration of Darksiders, dubbed Genesis. But this spin-off prequel doesn't look much like its predecessors.

Darksiders Genesis introduces Strife as the fourth Horseman and primary protagonist, though players can instantly swap between him and War throughout the game to take advantage of their relative combat advantages. Strife relies on firearms while War fights with his sword, Chaos Eater. Together, the Horsemen of the Apocalypse must unravel a tangled web of demonic intrigue to prevent Lucifer (yes, that one) from upsetting the balance of good and evil and destroying the world. You know, just a normal Tuesday in Hell.

But while the first two games of the series were 3rd-person hack and slash adventures, Genesis takes more of a looter approach. Rather than looking over the Horseman's shoulder, the game utilizes a top-down perspective, akin to the Diablo or Golden Axe series. But while those two franchises kept players firmly rooted to the floor, both Strife and War routinely take to the skies. Genesis involves just as much Prince of Persia-style platforming as its predecessors did, though the fixed camera perspective can make lining up challenging jumps even trickier. That said, I found myself rather preferring the new camera style during a recent hands-off demo at E3. It makes managing mobs much easier as you can see every onscreen enemy at all times. 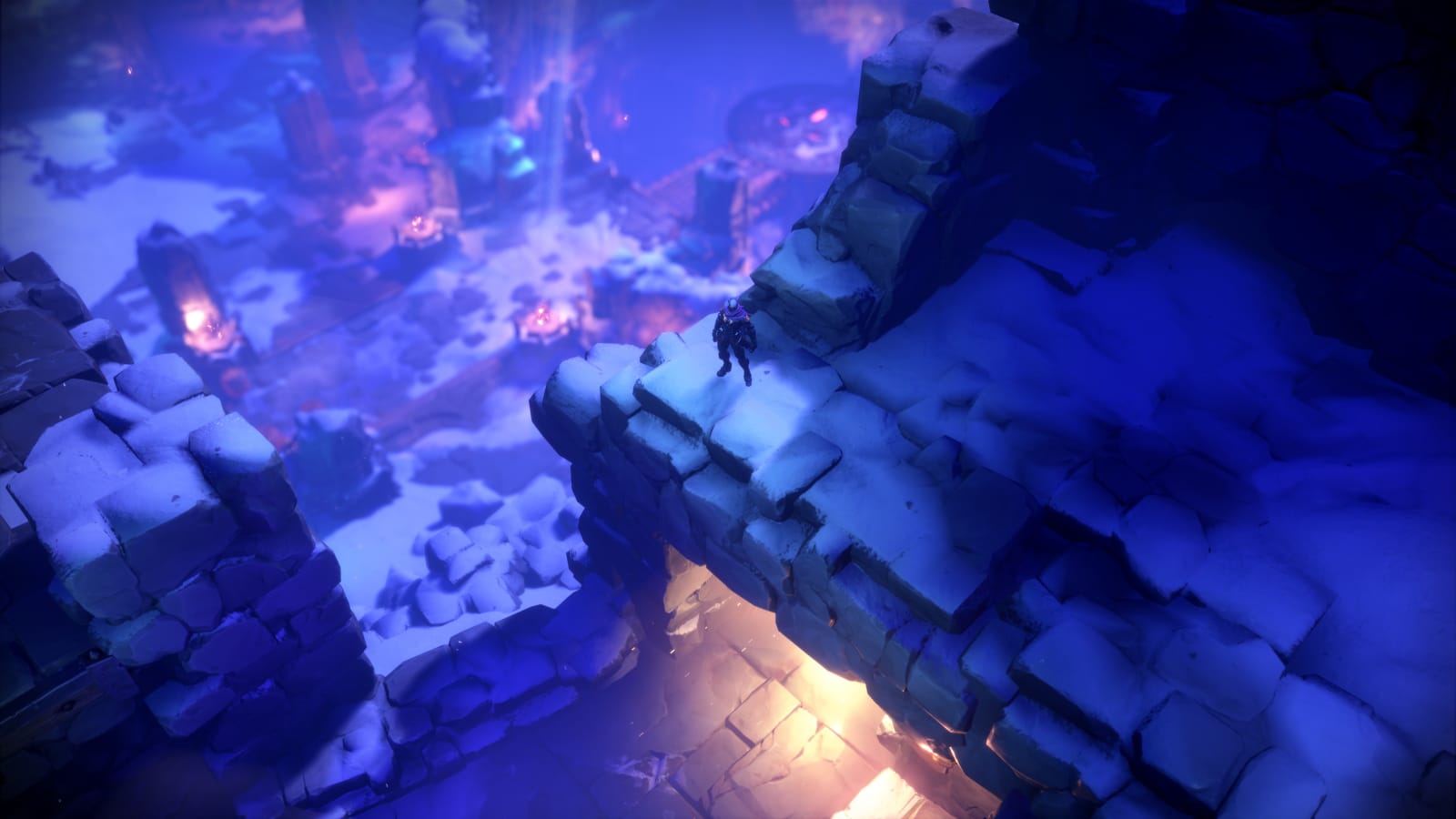 Combat plays a co-equal role to platforming with mobs of enemies seemingly around every corner. Each character has his own fighting strengths. War's huge sword does plenty of AoE damage, while Strife's twin-pistols have a higher DPS and better range. Each character also has a host of special attack powers, numerous ammo or status effect variants; and an outsized, overpowered Chaos form. In single-player mode, you'll be able to swap between the two instantly as the situation demands. In co-op (either online or local split screen), each player will pick and stick with a single character.

Unlike the first two Darksiders, whose levels were all intertwined, Genesis splits the map into 17 specific stages set across four larger areas or realms. Like Metroid, players will have to backtrack to earlier areas as they unlock new powers in order to reach previously inaccessible loot and secrets. To clear each realm, players will have to face off against gigantic level bosses such as the Mammon demon (think Gollum meets Scrooge McDuck) we saw during the demo. He'd hide in the piles of money he'd been hoarding while calling in wave after wave of minions. 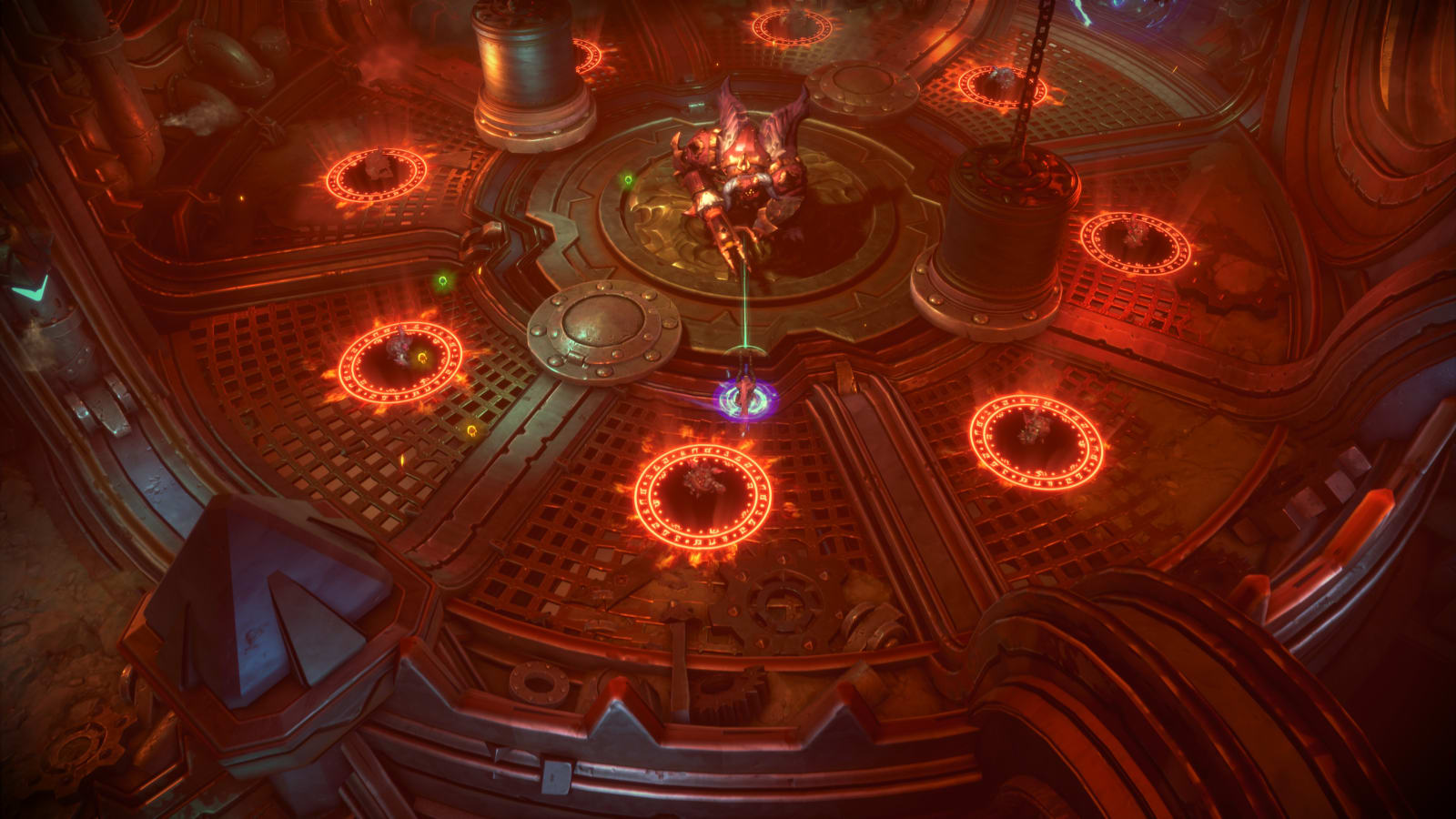 Once you do manage to off one of the four bosses, or any of the numerous mini-bosses sprinkled across the game, you'll be rewarded with either a minor or major "Core." These serve as swappable stat and effect boosts. Beyond that, enemies will generally drop the standard health, rage and money orbs from the first games. In co-op, the orbs will be available to both players, while the cores will be exclusive to the player that earned it.

Darksiders Genesis is slated to hit the PS4, Xbox One, Switch, and Stadia when it's released later this year.

In this article: av, breaking news, darksiders, darksiders genesis, e32019, gaming
All products recommended by Engadget are selected by our editorial team, independent of our parent company. Some of our stories include affiliate links. If you buy something through one of these links, we may earn an affiliate commission.