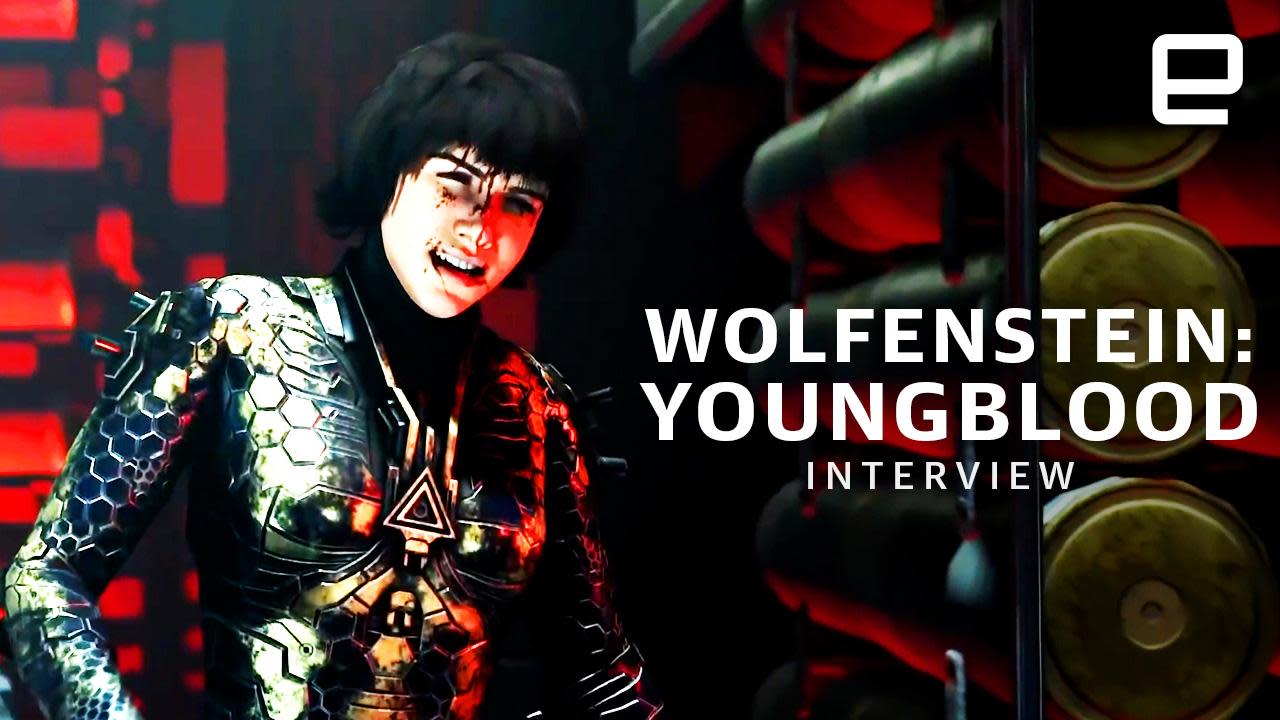 Wolfenstein: Youngblood is definitely a spin-off, not a sequel. It helps explain why the latest game in the reinvented Wolfenstein universe feels and plays so differently. When first revealed, I was intrigued by the idea of making the blunt, gory, Nazi-hunting first-person shooter into a cooperative game. In Youngblood, you work alongside a buddy or AI assistant to unlock doors, ransack storage and cut a swathe through fictional armor-plated soldiers and robots.

You will control one of the twin daughters of BJ Blazkowicz, with the entire game set in Nazi-occupied Paris, circa 1980. It's where the twins' Dad has disappeared, and they're trying to rescue him.

While cooperative play and a lighter, more humorous atmosphere might be some notable changes, if you enjoyed the core shooting gameplay of the Wolfenstein games, there shouldn't be much to put you off here. Everything is still suitably gory, and you'll still be switching between guns and melee attacks with ease. Each daughter is also equipped with a power suit that augments individual skills as well as adding a beefed-up jump for level exploration.

Connected to this, the game design has had to change to accommodate two players that might have markedly different skill and weapon load-outs. An area tackled with stealth add-ons needs to be doable for, say, a tank build too. While my demo at E3 didn't offer up many opportunities for tricked-out skills and substantially different play styles, that's apparently an option in the full game.

Youngblood lands at a time when several game studios are revealing cooperative modes for their new games. Microsoft's Gears 5 has Escape, where a three-man team has to flee an area infested with threats. Ubisoft has announced Rainbow Six: Quarantine, which combines the long-running tactical shooter with monsters, infections and more.

However, for the team behind Youngblood, it wasn't an intentional grab at a forthcoming game trend. As Machinegames' Jerk Gustaffson explains in our video interview, they tackled the spin-off for the challenge of simply doing something new.

Youngblood will be at the vanguard of this cooperative game glut, priced at a keen $30 when it debuts on July 26th on PC, PS4, Switch and Xbox One.

In this article: av, bethesda, e3, e3 2019, gaming, hands-on, interview, video, wolfenstein, wolfenstein youngblood, youngblood
All products recommended by Engadget are selected by our editorial team, independent of our parent company. Some of our stories include affiliate links. If you buy something through one of these links, we may earn an affiliate commission.