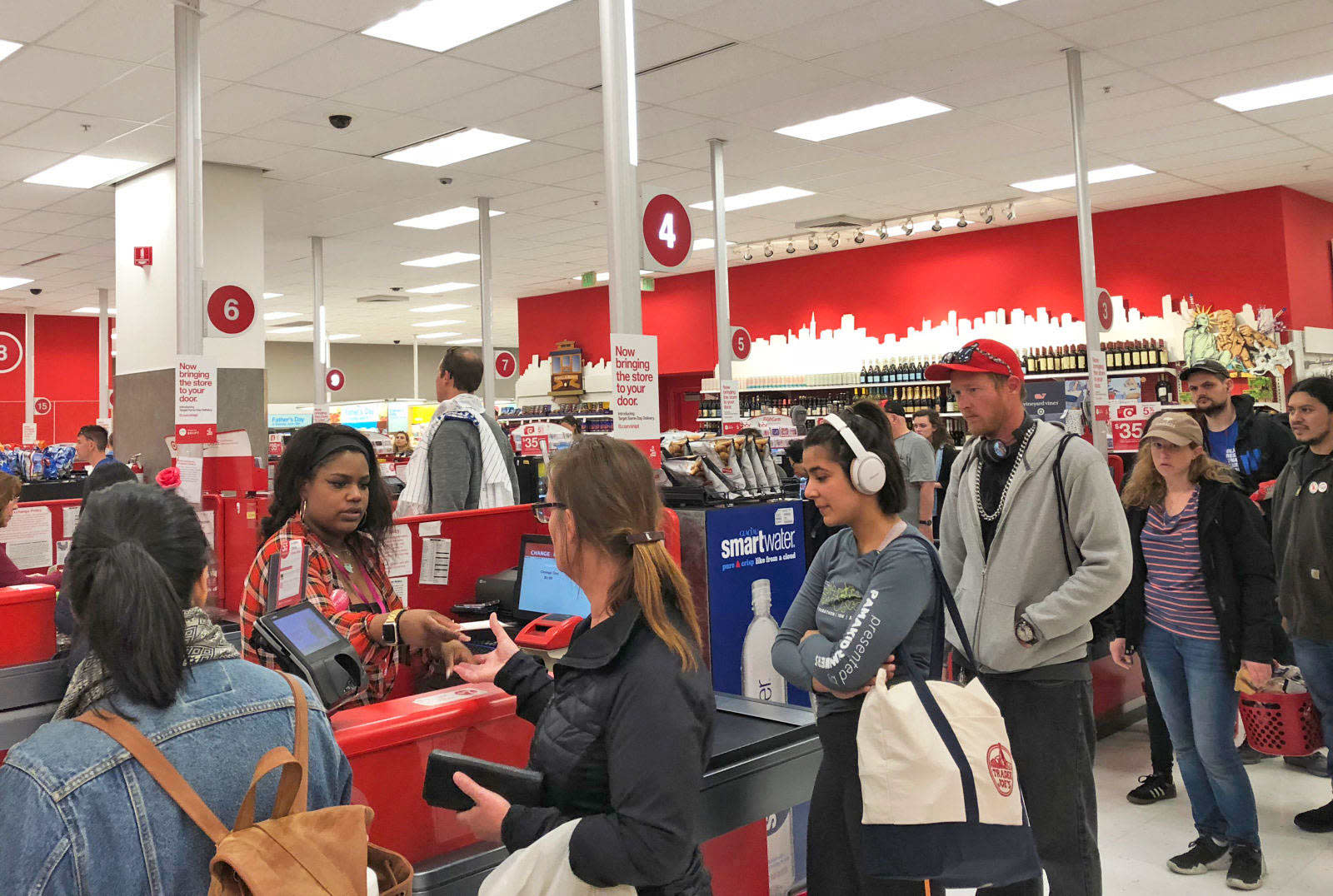 Target can't quite escape its technical woes, apparently. The retail giant's registers suffered a roughly two-hour nationwide outage in mid-day on June 15th, preventing customers from making purchases (including in self-checkout lines) right before Father's Day. The company has only described it as an "internal technology issue," but stressed that an early review indicated this wasn't the result of a data breach or other "security-related issue." Customer wasn't compromised "at any time," Target added.

The outage led some stores to shut down entirely rather than frustrate shoppers, while others handed out treats to make up for the system failure.

Whether or not there's a deeper explanation for what went wrong, the incident illustrates how Target's 2013 data breach has shaped its responses to technical problems -- it now has to reassure customers even when there's a relatively mild issue like this. The outage also underscores the fragility of connected retail systems. They can be great when everything's working, but a lone failure can create headaches for the entire chain.

In this article: business, cash register, gadgetry, gadgets, gear, internet, outage, register, shopping, target
All products recommended by Engadget are selected by our editorial team, independent of our parent company. Some of our stories include affiliate links. If you buy something through one of these links, we may earn an affiliate commission.