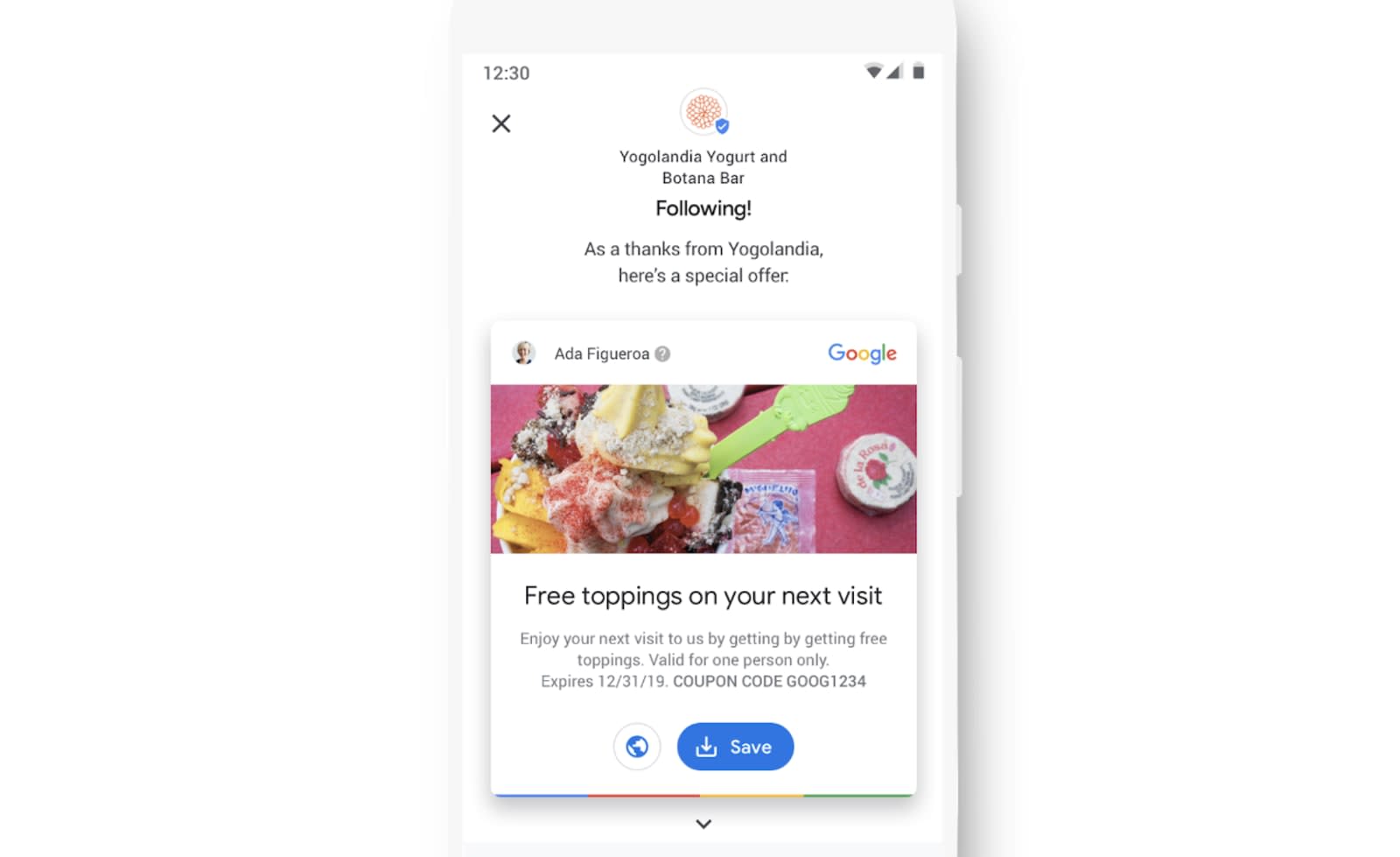 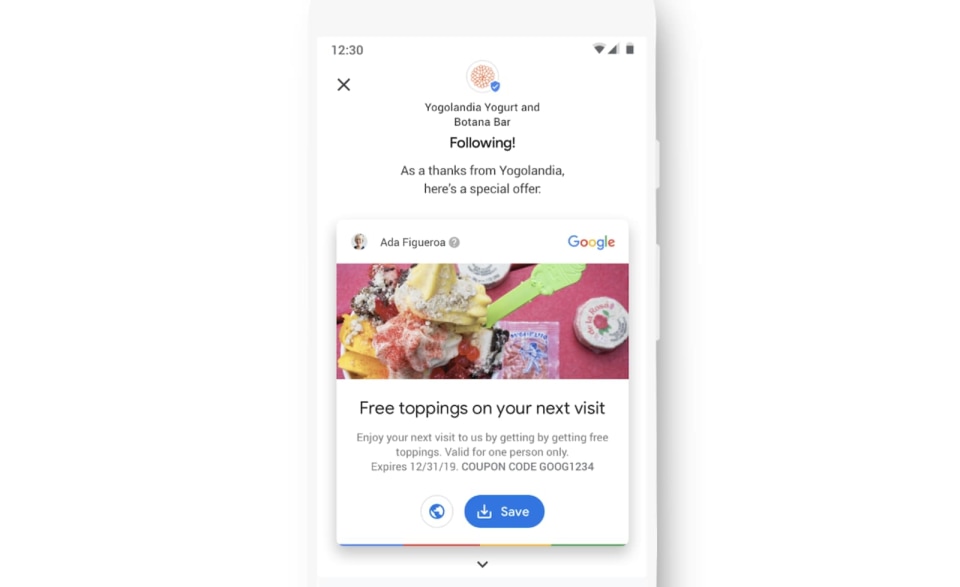 Last year, Google allowed you to "follow" your favorite stores and restaurants so you would always get updates on the latest events, products or offers from that business (you'll see these updates in the For You tab in Maps). Now, in an effort to encourage you to do this more, Google is allowing businesses to reward their customers who follow them with "Welcome Offers." So that means if you're hitting that business's follow button for the first time, you might see a welcome discount or deal pop up. Show that to the merchant in question and voila, you'll get your reward.

Businesses can also now claim a "short name" and a dedicated URL for their Google profile, which should theoretically make it easier for you to find it on search and Maps. So if a restaurant like Joe's Diner scores the "@joes-diner" moniker, you could search for that exact title to bring up their Google page. Alternately, you could also type in "g.page/[insert-short-name-here]" as the URL. 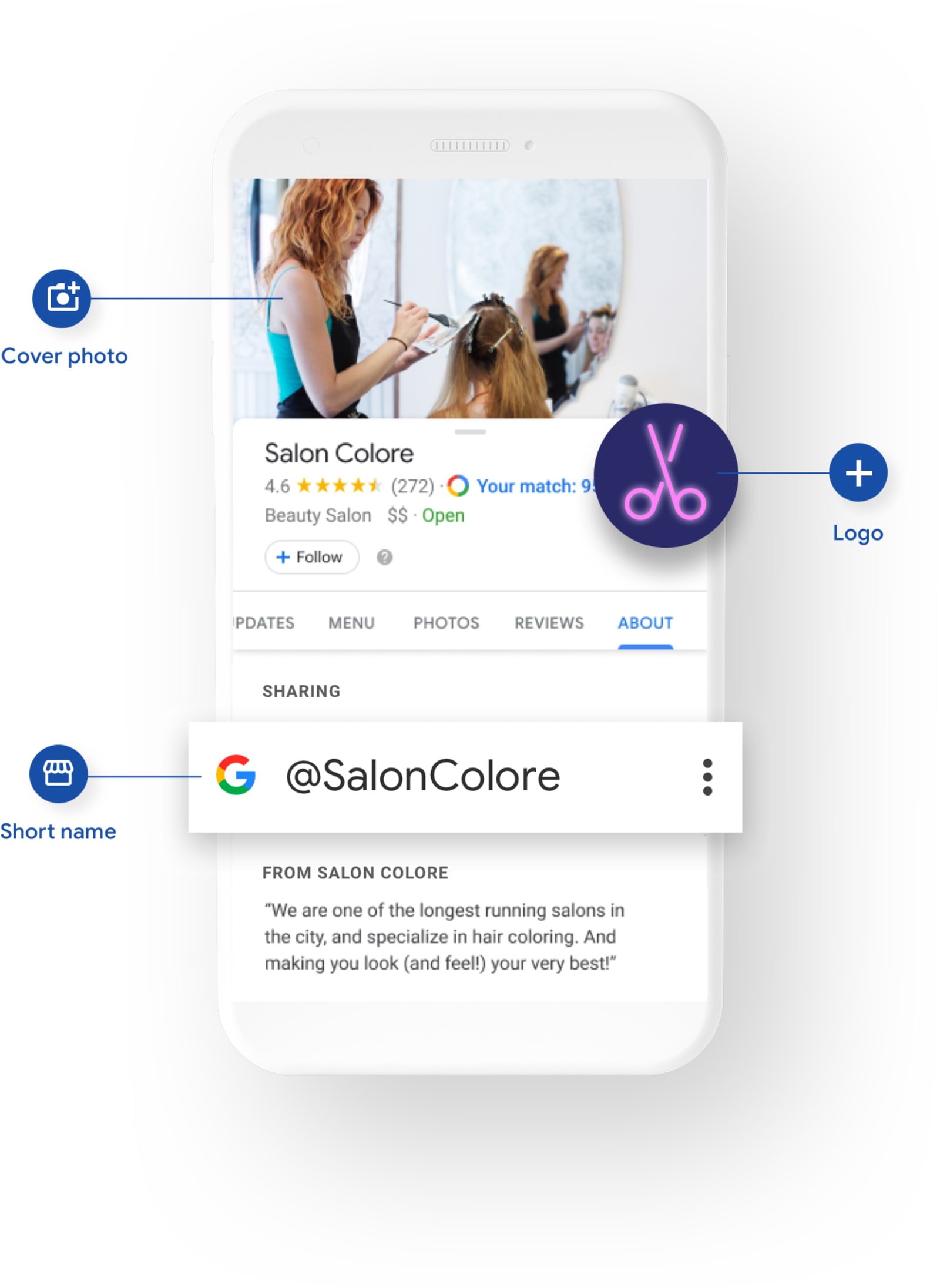 Aside from that, businesses can also now use the Google My Business app to change their profile cover photo, display their logo and upload new photos along with captions. There'll also be an opportunity to order assets like stickers that promote their Google profile.

Last but not least, Google is also planning to award the top five percent of businesses with a "Local Favorite" designation and badge. Google says that this award will be based on positive feedback in ratings and reviews, keeping their profile up-to-date and being responsive to customer feedback. There'll be more of these recognition categories in the near future.

Launched five years ago, the "Google My Business" service was essentially a way for businesses to create a Google profile so that it was easier for customers to find them either in search or in Google Maps. It's evolved a lot since then, to include not just reviews but also the ability for users to make reservations. According to Google, there are now over 150 million businesses on Maps, and around 3 billion "connections" are made between consumers and merchants every month.

All of the above features will roll out starting today, though the ability to search for short names in Maps won't arrive until later in the year.

In this article: business, gear, google, googlemybusiness, maps, search
All products recommended by Engadget are selected by our editorial team, independent of our parent company. Some of our stories include affiliate links. If you buy something through one of these links, we may earn an affiliate commission.