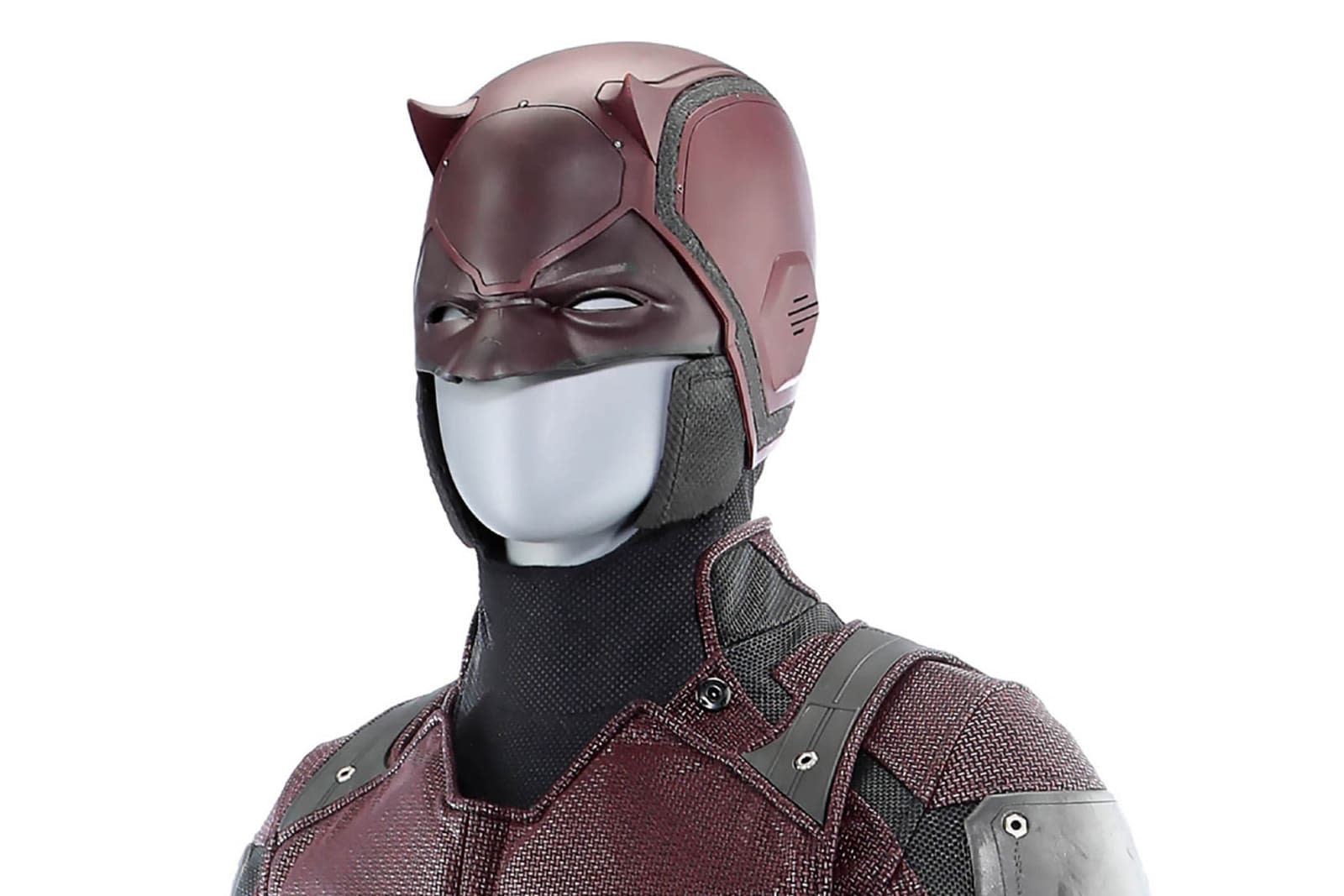 The Netflix era of Marvel TV shows has drawn to a close, but that doesn't mean you'll have to walk away from it empty-handed... in fact, you might just own a piece of the shows themselves. Marvel and Prop Store are auctioning off props and costumes from Daredevil, Luke Cage and Iron Fist on August 12th through the 13th, with online bidding starting now. And no, these aren't just incidental objects that would require a freeze-frame to recognize. Many of them are major, instantly recognizable items that defined the shows.

You can get plenty of costumes for major characters from each show, including Daredevil's various suits, Luke Cage's bullet hole-ridden hoodie and Iron Fist's mask. Even some of the smaller sales might be worth a look. Ever wanted to own Matt Murdock's signature glasses? Many of the goods still have slight wear and tear from production, although that could be a plus for some collectors.

Be ready to pay dearly for a piece of online video history. Although there are some relatively affordable items on the auction block (mainly secondary costumes and small props), the most coveted items are guaranteed to be expensive. The first-generation Daredevil costume is estimated to fetch between $30,000 to $50,000, and it's not uncommon to see four- or five-digit estimates for others. You'll need a big bank account to truly impress Marvel fans, then. If you don't mind walking away with something smaller, though, it's still a rare chance at owning a slice of Marvel (and internet) history.

In this article: auction, daredevil, entertainment, internet, iron fist, luke cage, memorabilia, netflix, props, services, streaming
All products recommended by Engadget are selected by our editorial team, independent of our parent company. Some of our stories include affiliate links. If you buy something through one of these links, we may earn an affiliate commission.