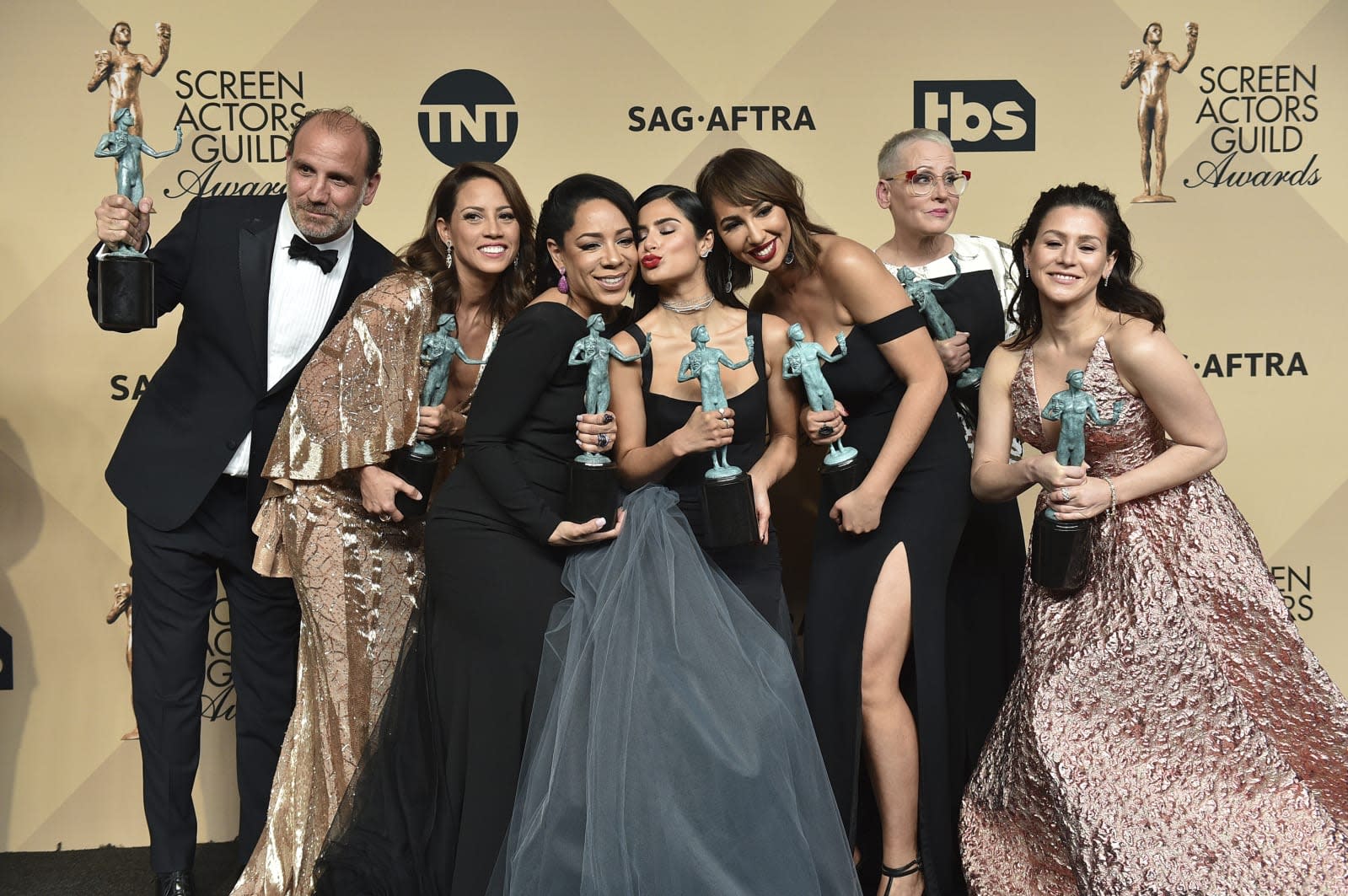 Netflix regularly works with unionized actors (they're ubiquitous in Hollywood), but usually on a show-by-show basis. Now, though, it's establishing a deeper connection. The service has signed a roughly three-year contract with SAG-AFTRA that provides expanded coverage for union work. It now recognizes "performance capture" (think motion capture) and dubbing as covered work, giving actors in those fields the same labor protections as others. The people voicing the English-language version of your favorite anime might have better pay and working conditions, to put it one way.

The agreement also improves residual earnings from movie theaters, sets new overtime rules for stunt performers, offers more exclusivity and options rights and creates protections against harassment and for auditions. SAG-AFTRA added that minimum salary and turnaround conditions now apply to all Netflix shows, whether or not they reach the "high-budget" streaming threshold. An actor won't need to be part of a large production just to get pay guarantees.

While SAG-AFTRA clearly sees its actors as the main beneficiaries of the deal, Netflix has plenty of reasons to hop aboard. If the internet giant is going to attract top talent, it needs to reassure performers that they'll be treated well -- even if they're not visible in a given scene. Increases in pay and labor costs could easily pay for themselves if they lead to greater star power and more awards.

In this article: actor, actors, agreement, business, contract, entertainment, internet, labor, movies, netflix, sag-aftra, services, streaming, television, tv, union
All products recommended by Engadget are selected by our editorial team, independent of our parent company. Some of our stories include affiliate links. If you buy something through one of these links, we may earn an affiliate commission.