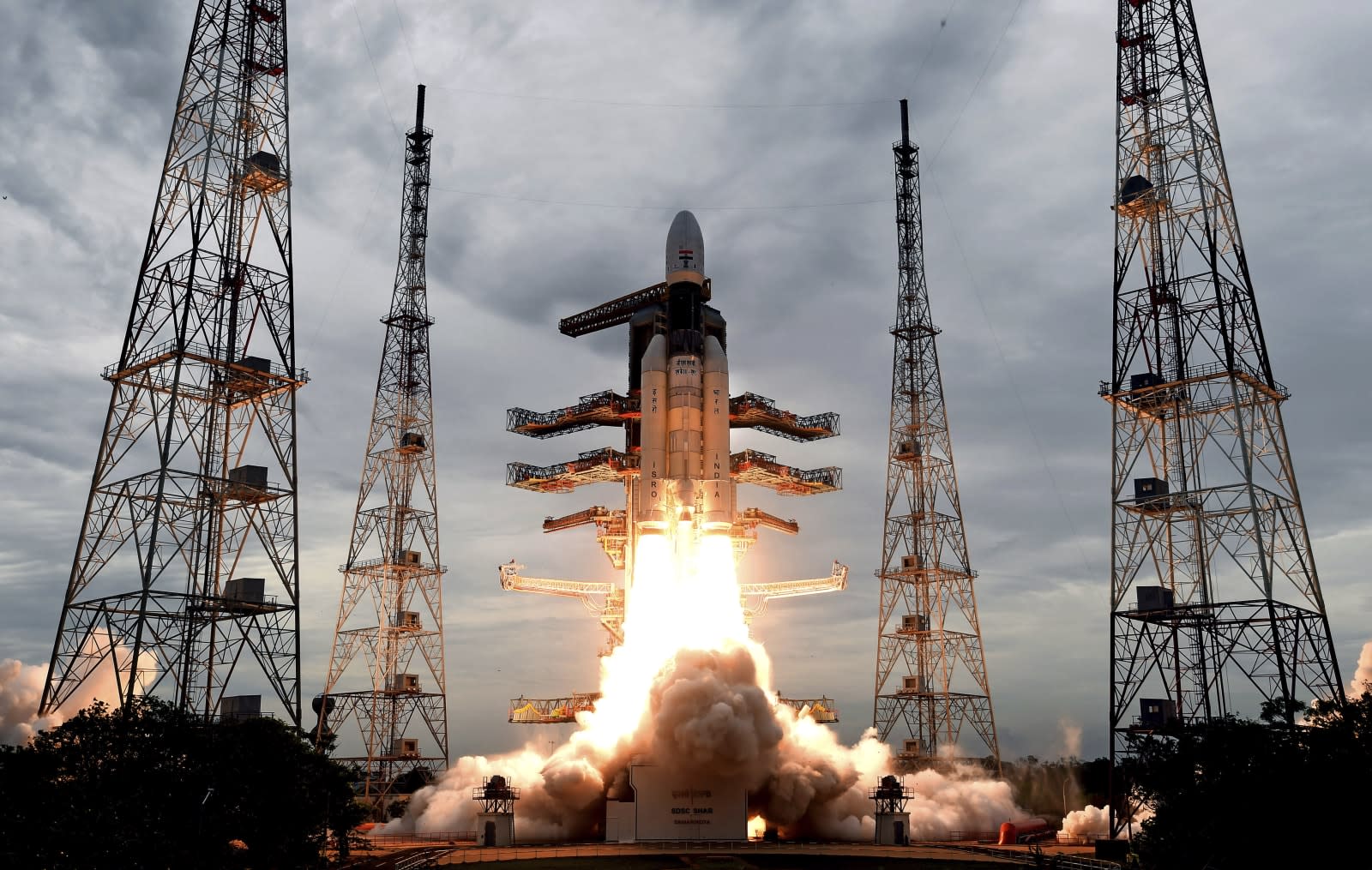 One week after a "technical snag" forced the Indian Space Research Organization (ISRO) to delay the launch of its Chandrayaan-2, the lunar mission launched today. It appears to be back on track, and if all goes well, it will be India's first soft landing on the Moon using its own technology. It will also be the first soft landing attempt ever at the Moon's South Pole.

It's still unclear why ISRO decided to postpone the launch -- a decision made just an hour before Chandrayann-2 was scheduled to lift off on July 15th. But the organization tweeted that it was "a measure of abundant precaution." In a statement, ISRO Chairman Dr. K Sivan said, "Team ISRO worked out, fixed and corrected the snag within 24 hours. For the next one and a half day, the required tests were conducted to ensure that corrections made were proper and in [the] right direction."

#ISRO
Here's a view of the majestic lift-off of #GSLVMkIII-M1 carrying #Chandrayaan2 pic.twitter.com/z1ZTrSnAfH

Chandrayaan-2 will spend 23 days in the Earth's orbit before it begins maneuvering towards its lunar landing. It's expected to touch down on the surface of the Moon on September 7th -- one day after it was originally scheduled to arrive. Once there, the Pragyan rover will study the chemistry, seismography and topography. It will also give India's space program an important boost -- the country plans to launch a space station by 2030.

In this article: chandrayaan-2, delay, Indian Space Research Organization, ISRO, launch, lunar, moon, pragyan, rover, south pole, space, TL19MOON, tomorrow
All products recommended by Engadget are selected by our editorial team, independent of our parent company. Some of our stories include affiliate links. If you buy something through one of these links, we may earn an affiliate commission.