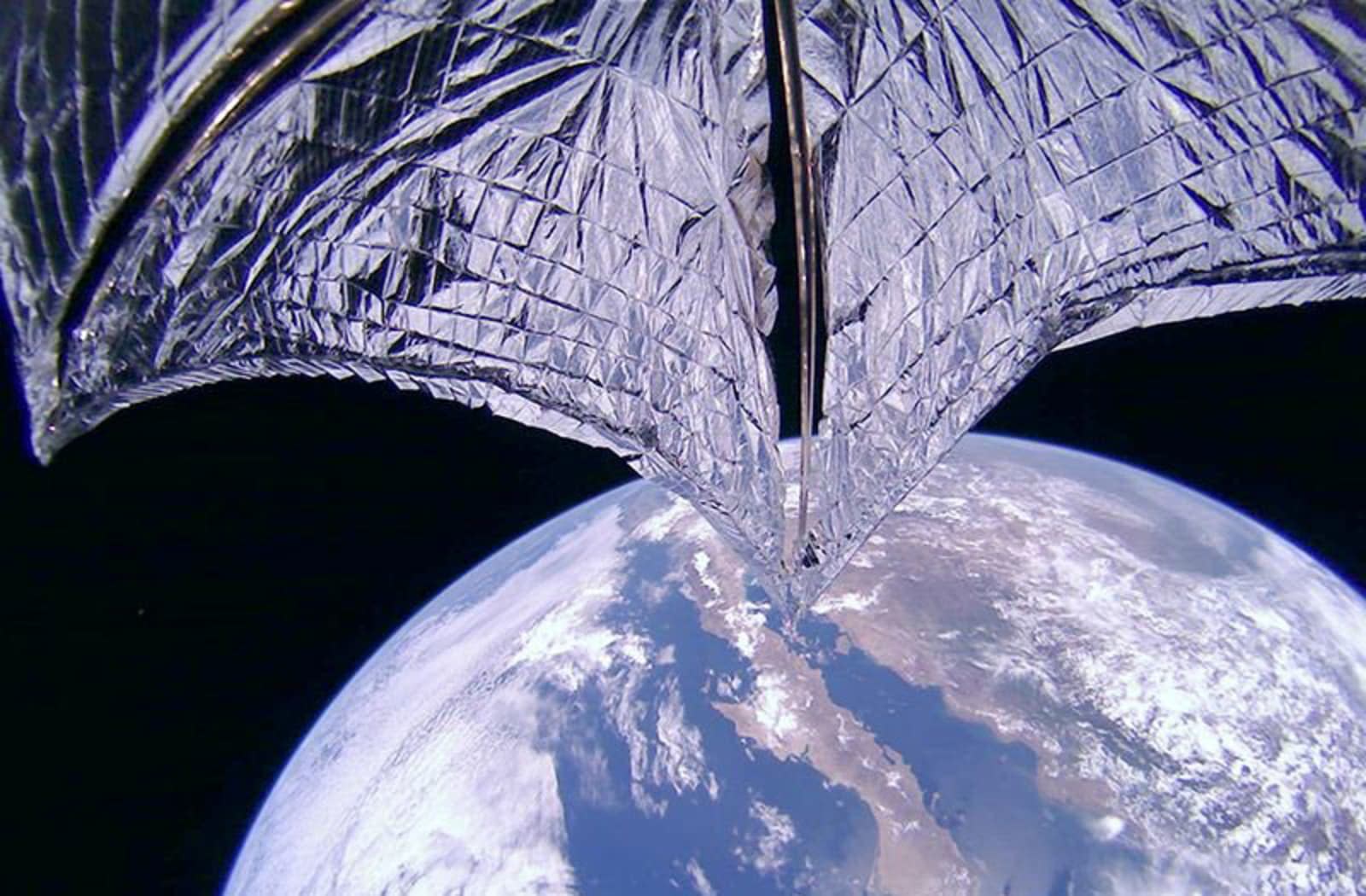 LightSail 2, the crowdfunded spacecraft designed to be powered by the sun's photons, has officially set sail. The Planetary Society announced today that LightSail 2 deployed its solar sail on Tuesday as it was flying south of the continental United States. So far, everything seems to be working as intended. Scientists reported on Twitter that the solar sail was angled within 30 degrees of its expected orientation, a sign that it is properly tracking the Sun.

One slight hiccup -- the spacecraft did not rise far above the horizon, which scientists theorize is due to its orientation during the pass and the presence of the sail. The 32-square meter sail is roughly the size of a boxing ring. After the sail deployed on July 23rd, telemetry indicated that the spacecraft's small motor was rotating correctly, extending four, four-meter booms from their central spindle. The booms -- made of cobalt-alloy -- are attached to four triangular sections that make up the sail itself.

"Yesterday, we successfully set sail on beams of sunlight," said Bill Nye, CEO of The Planetary Society in a statement. "Thanks to our team and our tens of thousands of supporters around the world, the dream started by The Planetary Society's founders more than 4 decades ago has taken flight."

The images captured by LightSail 2's two wide-angle cameras gave scientists evidence that the sail had deployed correctly. Each 185-degree fisheye camera lens is wide enough to capture more than half of the sail. The Planetary Society released raw images captured by the spacecraft, which include jaw-dropping shots of the Earth and its own sail.

Four weeks ago, LightSail 2 first launched into space from the Kennedy Space Center while aboard a SpaceX Falcon Heavy rocket. Unlike traditional spacecraft which are powered by rocket engines, solar sails are propelled by photons from the sun. At present, the Sun is giving the space craft a gentle push that is no heavier than the weight of a paper clip. Over time, this push will raise LightSail 2's orbit. The spacecraft will spend the next month raising its orbit in this fashion, and is expected to re-enter the atmosphere in roughly a year.

In this article: light sail 2, lightsail 2, planetary society, space, tomorrow
All products recommended by Engadget are selected by our editorial team, independent of our parent company. Some of our stories include affiliate links. If you buy something through one of these links, we may earn an affiliate commission.