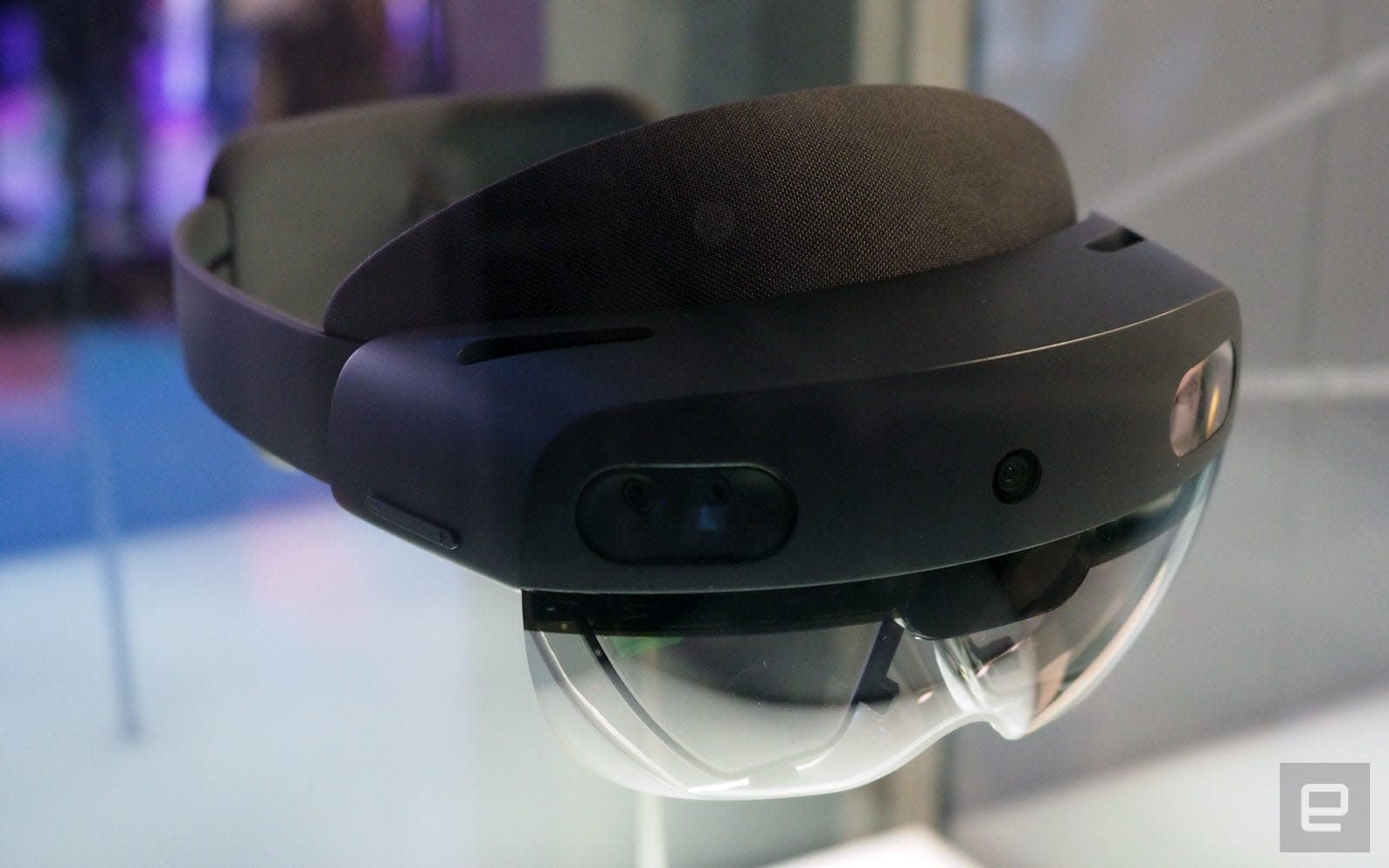 The Khronos Group has launched the first official version of the OpenXR specification, which could make cross-platform AR and VR applications a lot more common in the future. It allows developers to build apps that can run on various devices across brands without the need to create a specific version for individual models. Khronos rolled out an experimental version of the standard a few months ago to seek input from the cross-reality (XR) industry. It aims to continue improving the specification and maintaining full backwards compatibility now that the standard is officially out.

Microsoft already released OpenXR on its store even before the first version was officially launched. Windows Mixed Reality and HoloLens 2 users can simply install it to run any OpenXR-based application. Don Box, Technical Fellow at Microsoft, said: "We are excited to now work with the OpenXR community to design the key extensions that will bring mixed reality to life, with full support by end of year for HoloLens 2 hand tracking, eye tracking, spatial mapping and spatial anchors."

Facebook promises to add support for apps built on OpenXR 1.0 on the Rift and Quest platforms. HTC VP Vinay Narayan says "HTC VIVE is committed to creating a viable ecosystem for the XR industry which is why [the company] is proud to support OpenXR." Meanwhile, Tobii promises to "unlock support for eye tracking through OpenXR extensions for eye gaze interaction and foveated rendering." Valve is "look[ing] forward to supporting [the standard] in SteamVR," as well.

"The working group is excited to launch the 1.0 version of the OpenXR specification, and the feedback from the community on the provisional specification released in March has been invaluable to getting us to this significant milestone. Our work continues as we now finalize a comprehensive test suite, integrate key game engine support, and plan the next set of features to evolve a truly vibrant, cross-platform standard for XR platforms and devices. Now is the time for software developers to start putting OpenXR to work."

In this article: augmented reality, gaming, internet, openxr, virtual reality
All products recommended by Engadget are selected by our editorial team, independent of our parent company. Some of our stories include affiliate links. If you buy something through one of these links, we may earn an affiliate commission.