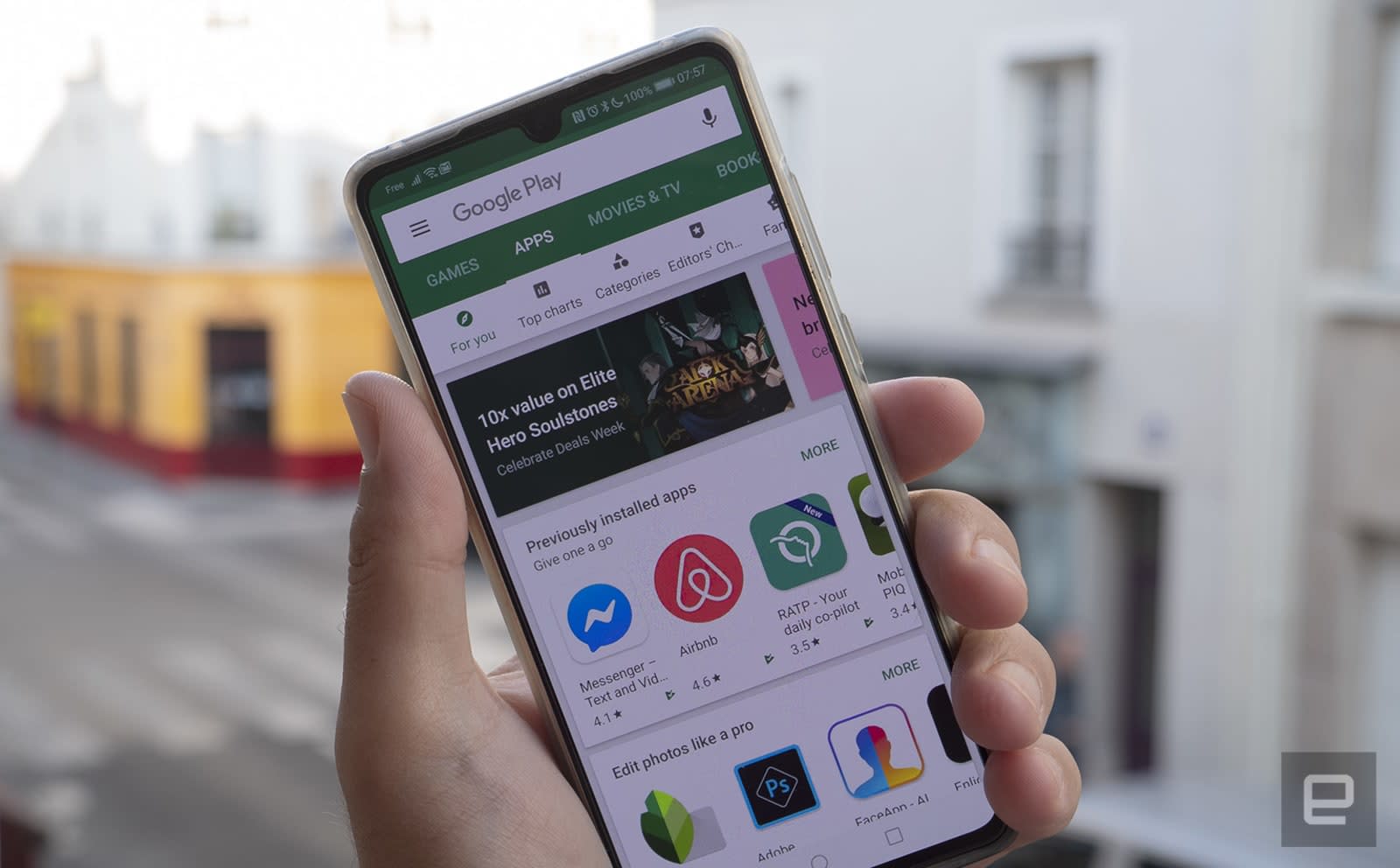 Google is testing a service called Play Pass that would offer users "hundreds of premium apps and games" for a monthly fee, according to Android Police. The idea of the offering cropped up last year on XDA Developers after users spotted code references in Google Play. It could be similar to Apple's Arcade, but offer a selection of both apps and games (rather than just games) for $4.99 per month, "with no ads or in-app purchases," according to the screenshots.

The service is fully fleshed out and appears to be in the final stages of testing. Google is promising "puzzle games to premium music apps ... [with] access to hundreds of premium apps and games" -- though the emphasis appears to be on games. Some of the titles included are the $7.99 Stardew Valley, Marvel Pinball, Risk and others. The test service was originally spotted by a user, but Google confirmed to Android Police that it is indeed real and in testing.

Apple's Arcade is launching this fall with an impressive slate of developers including LEGO, Annapurna Interactive, Cartoon Network and Sega. Apple is also chipping in development costs and relying on exclusive titles, which doesn't seem to be the case for Play Pass. In any case, Google could be planning to counter it by launching its service around the same time.

The services make some sense, given the popularity of subscriptions for music and movies. However, it remains to be seen if it's a good model for apps, and particularly games.

In this article: Apps, Games, gaming, gear, google, GooglePlayPass, mobile, PlayPass, Subscription, thebuyersguide
All products recommended by Engadget are selected by our editorial team, independent of our parent company. Some of our stories include affiliate links. If you buy something through one of these links, we may earn an affiliate commission.