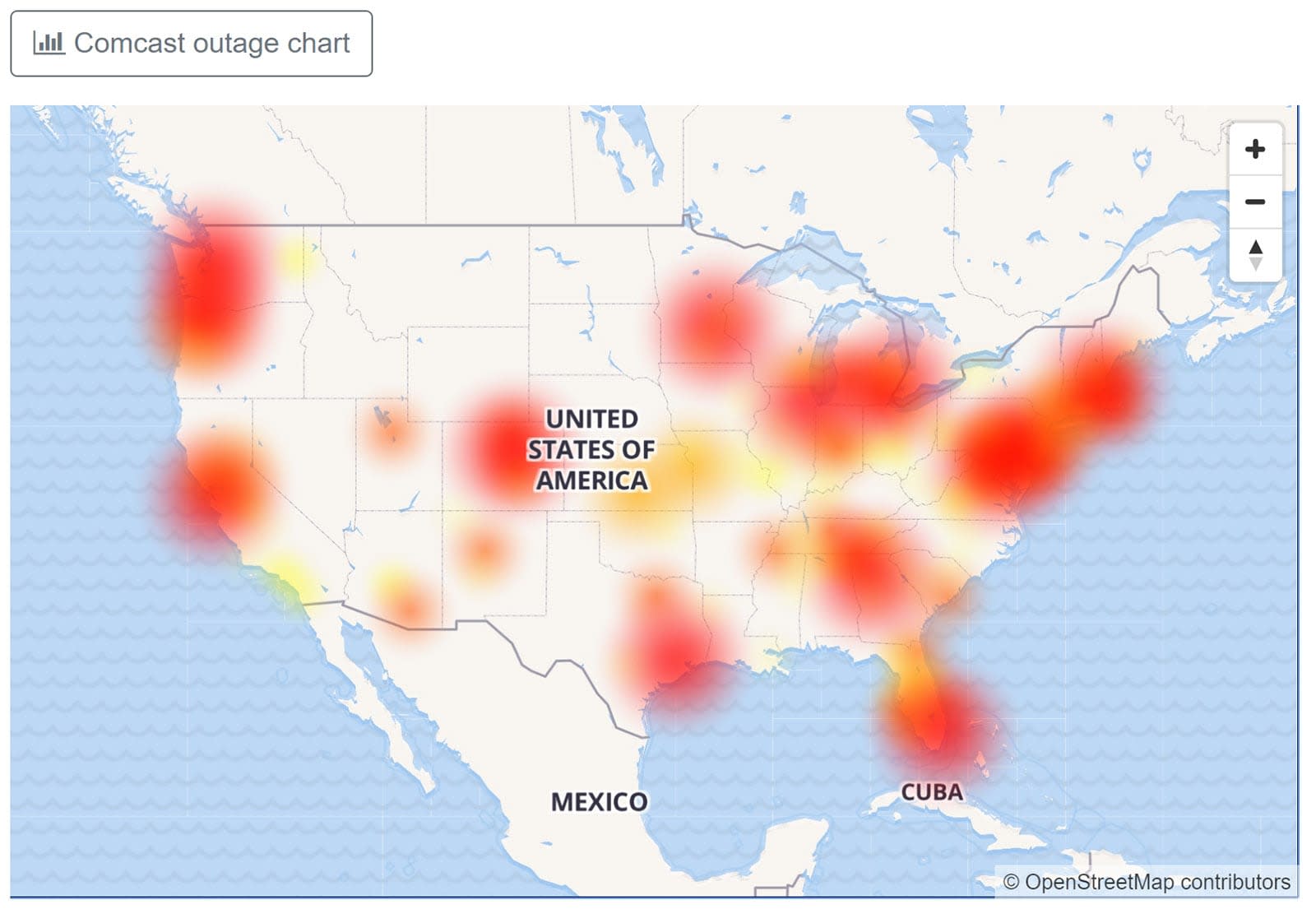 @comcast please quit disrupting my service. This is absurd. 2nd night in a row. I need the internet for music to sleep. Music helps me sleep. So please hurry along the routine maintenance. @comcastcares pic.twitter.com/rK0UGAcF4I

The outage started around 1:40 AM eastern time, according to several tweets. Comcast has not announced anything yet, and service technicians have only given vague answers to users who called about the problem. Comcast's own map only shows local outages, but Down Detector is showing this as a major, nationwide issue.

The service provider (a rival to Verizon, Engadget's parent company) experienced a very similar outage last June, and eventually chalked it up to cut fiber cables. Engadget has reached out to Comcast for more information about the problem, and we'll update the post once we hear back.

Update 8/7/2019 3:43 AM ET: Engadget reached out yesterday to Comcast but after an initial promise of more info, we haven't heard anything back.

In this article: Comcast, gear, internet, Outage, verizon, Xfinity
All products recommended by Engadget are selected by our editorial team, independent of our parent company. Some of our stories include affiliate links. If you buy something through one of these links, we may earn an affiliate commission.