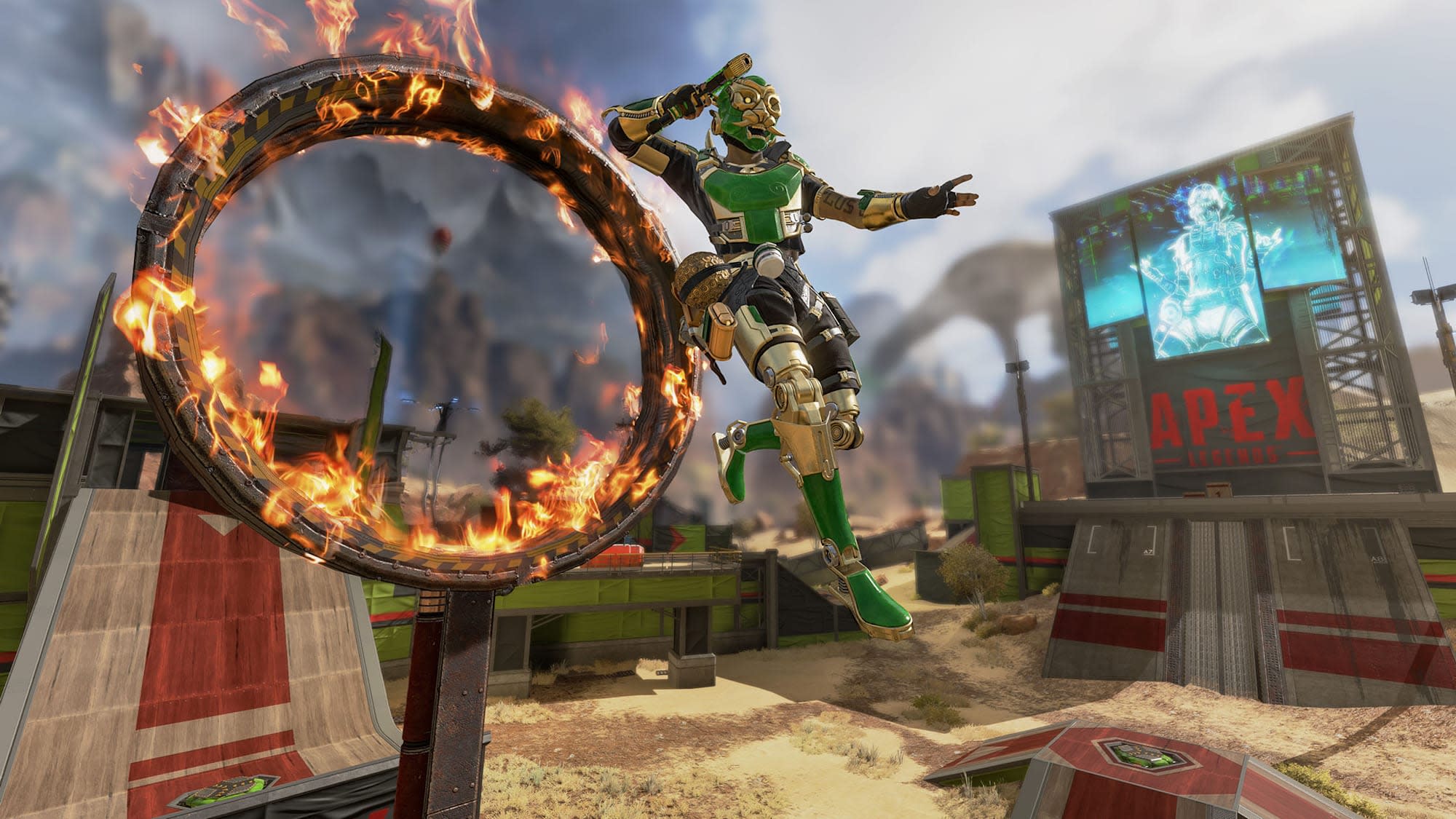 Apex Legends fans have two weeks to take part in new challenges, including venturing out to King's Canyon on their own. The Iron Collection Crown event and temporary Solos mode has gone live, with this trial run set to end on August 27th.

Players will be able to eliminate enemy squads with Octane, a character who has taken over a part of King's Canyon. The Octane Town Takeover includes a new mega jump pad course and a gigantic ring of fire. The new area is expected to be a permanent part of the game -- and if the community's reception is positive, they can expect similar updates inspired by other Legends characters.

Fans can also unlock an entire series of new skins, including several that redress Legends characters as medieval warriors. Crowns, a new currency, will allow players to unlock skins, banners and loot items. Each Iron Crown pack will come with either an epic or legendary item in addition to 30 crowns.

The long-awaited Solos mode will pit 60 players against each other. Whether or not the single-player mode will be permanent largely depends on how fans receive it. "We are always striving to ensure healthy matchmaking across all modes, so it's too early to say whether Solos will be permanent or not, but we're going to watch and see what happens. As always, we want to hear your feedback, so let us know what you think," wrote Leeeeeee-RSPN on the Legends website.

For game developer Respawn, this period will allow them to see exactly what the Apex community likes and dislikes. It even launched a public Trello board for players to report bugs and other concerns. For players with either grievances or compliments, now is a crucial time to chime in.

In this article: apex legends, av, battle royal shooter, battle royale, ea, gaming, iron crown event, respawn, respawn entertainment, services, solos mode
All products recommended by Engadget are selected by our editorial team, independent of our parent company. Some of our stories include affiliate links. If you buy something through one of these links, we may earn an affiliate commission.